The 5-Star Movement triumphed in Italy's election and intends to carry through on the promise of a basic income. Party officials insist that they can make it a reality sooner or later, Michele Bertelli reports. 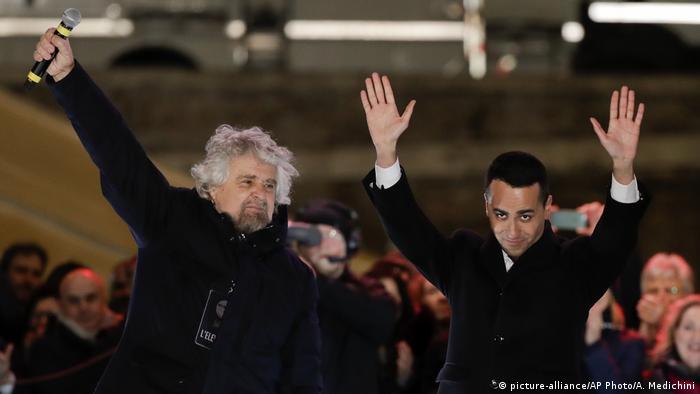 The typical tourist's visit to Sicily ignores the town of Priolo Gargallo, a mere 13 kilometers (8 miles) from picturesque Siracusa, but best known for its past as a hub of Italian petrochemical production rather than for amphitheaters and ancient history. Nowadays, though, this community of 11,000 has a different story to tell.

"We have been providing wealth to the whole country," said Calogero Vicario, a 56-year-old metalworker-turned-activist at the National Observatory on Asbestos. "But we have ended up empty-handed, owning only our illnesses."

His personal story mirrors the rise and fall of the area's fortunes. In the 1970s, industry employed almost 20,000 people here. But, by the end of the decade, Middle Eastern oil was bypassing southern Italy for other routes, and the rise of Chinese and Indian competition led to a slow but steady decline in production. Some of the defunct factories now stand on contaminated land with restricted access.

Other firms shifted their business to growing sectors. Vicario started building offshore platforms and ended up putting together wind towers at Siteco, a manufacturer with customers in Germany, Denmark and Spain. The company, however, saw important contracts vanish in 2009 because of environmental concerns. A couple of years later, Vicario lost his job, too.

Only 42 percent of the people in the Siracusa province are formally employed, according to the National Institute of Statistics.

But in at least one area, Priolo excels: With almost 72 percent of ballots cast in favor of the 5-Star Movement, the city spearheaded the landslide that turned the group into the biggest vote-getter in the Italian general election in March.

Vicario denies that the promise of a citizen's income for every Italian drew his neighbors to polling stations. "Politics should not give their money away," he says. "We want work granted for everybody. We want local investments." 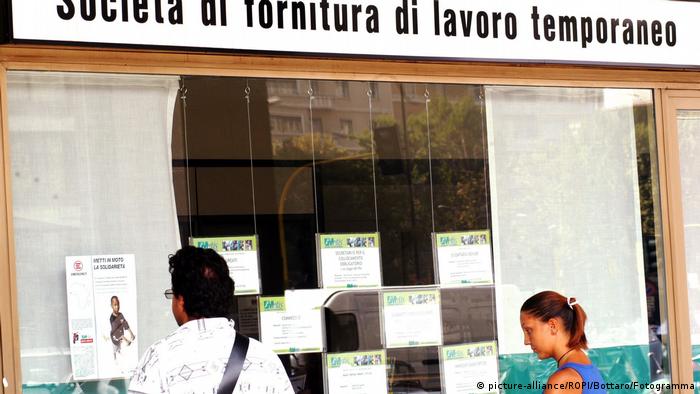 Italian unemployment is at a low, but still more than one in 10 are out of work

Still he admits that a basic income may have been an incentive for some of his former colleagues, especially those who lost their jobs near retirement age and now see no prospects for ever getting work again.

In a country groping with unemployment that hit a six-year low in February at 10.9 percent, such concerns come as no surprise.

"We want to grant a decent life to those millions who are unemployed or whose wages and income are below the poverty line," says 5-Star Movement (M5S) Senator Nunzia Catalfo, who comes from Sicily. Her bill for a citizen's income was meant to benefit 2.75 million families. But it didn't gain much traction when she presented it in 2014. Instead parliament approved welfare payments for the poorest Italians, on average €297 ($366) distributed to 900,000 people monthly.

Now the 5-Star Movement holds over 30 percent of the seats in the two chambers of parliament, so that could change.

Catalfo's draft is aimed at stopping the plunge into poverty. An Italian citizen whose income falls below the poverty threshold estimated by the European statistics agency Eurostat — roughly €9,360 annually in 2014 — would be entitled to receive a monthly benefit of up to €780. 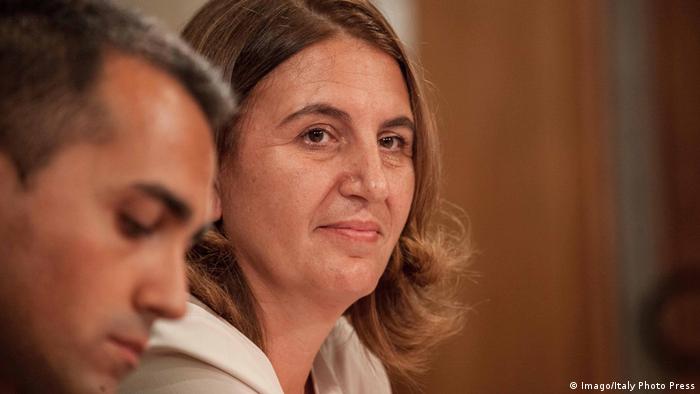 Political opponents have called the measure an incentive for unemployed people to stay at home on their sofas.

But the 5-Star Movement rejects that. "Technically our citizen's income is a guaranteed minimum income with strings attached, predicated on training and active job-seeking," explains Pasquale Tridico, an economist at Roma Tre University who was tipped to become welfare minister by 5-Star Movement leader Luigi Di Maio, if the party were to form a government.

Recipients of the citizen's income would have to register at a job center and prove they dedicate at least two hours a day to looking for work. They would also have to commit to eight hours of community service weekly.

Tridico estimates that the overall reform would cost about €17 billion.

Other economists have expressed doubts about the plan's feasibility.

"Such a form of income is currently unsustainable because of the high number of beneficiaries and its cost," says Massimo Baldini, a professor at the Center for the Analysis of Public Policies at Modena University. He calculates that 4.9 million families would be eligible for the basic income, with an overall cost of €29 billion. 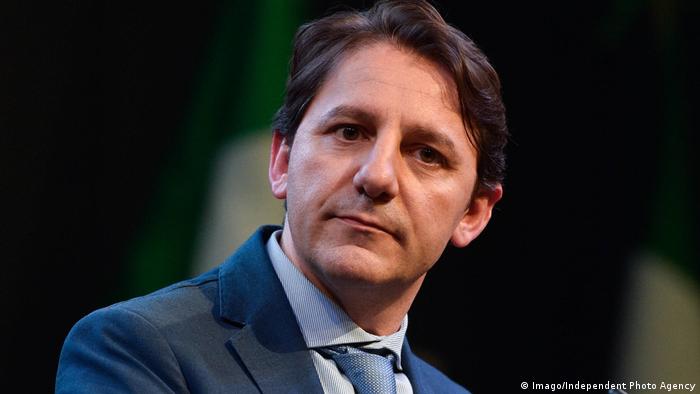 Tito Boeri, president of the National Institute for Social Security, assesses the final cost at €35 billion to €38 billion.

While Tridico defends his estimates, he underlines the need for reform in other areas first, from job centers to public investment. He does acknowledge his plan would boost public spending, but insists Italy would still adhere to EU rules that require its deficit not rise beyond 3 percent of GDP.

This version of the citizen's income is very different from the idea championed by 5-Star founder and comedian Beppe Grillo, who dubbed income a basic human right. It's also far from the model currently being tested in Finland, where no strings are attached to the money transfer.

"I would not rule out any future experiments on universal basic income, as other European countries are doing," says Nunzia Catalfo. "But we are still quite far away. We need to lay the foundations first with a limited income."

What may seem like a utopia to some is dismissed with scorn by Vicario. "You cannot simply grant income to everyone," he says. Vicario has been working for 35 years now and wants to earn his way to retirement. "I want the Italian state to clean this area of asbestos and bring it back as it used to be."