The Five Star Movement has signaled for the first time that it would prefer the Democratic Party over La Lega in a possible governing coalition. Italy has been without a government since its election last month. 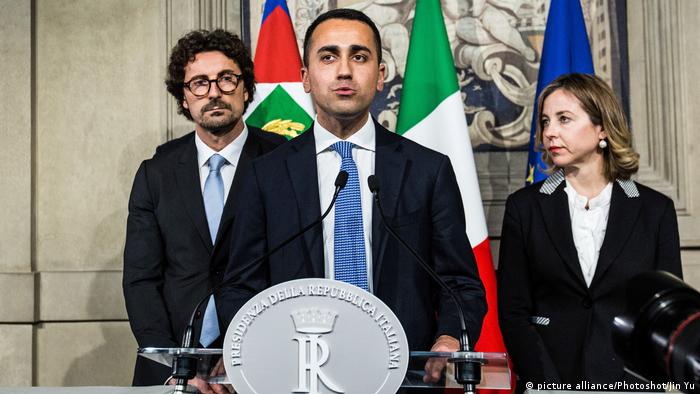 Five Star Movement (M5S) leader Luigi Di Maio called on his Democratic Party (PD) rivals to "bury the hatchet" and consider a governing coalition with his party. Di Maio made the overture in an interview with newspaper La Repubblica, published on Saturday.

Italy has found itself in a political deadlock, after the results of the March 4 general elections yielded no clear winner and no obvious path to the formation of a new government.

Last week, President Sergio Mattarella led the first round of talks with political leaders to try to resolve the issue, but no solution was found.

The leader of M5S said to La Repubblica that he believed there exist "many more points of agreement than one may think," between his party and the PD, despite the fact that the two parties have been bitter foes.

Di Maio expressed a willingness to stop the fighting, suggesting that both parties should sit at the negotiation table to "reason and find a project together that can provide solutions."

"I think that now a sense of responsibility towards the country should force us all, nobody excluded, to bury the hatchet," Di Maio added.

The immediate response of PD's interim leader Maurizio Martina was unwelcoming, declaring that his party should "faithfully and coherently" stick to its decision to remain in opposition. But outgoing Culture Minister and former PD leader Dario Franceschini expressed openness, writing on Twitter that the party needed "to reflect" on the "political news" that Di Maio's interview represented.

Berlusconi, the bone of contention

The M5S leader's overture to PD comes at the heels of an offer by the leader of the right-wing La Lega (the League), Matteo Salvini, to govern with the M5S. But Salvini imposed the condition that League ally Forza Italia, led by ex-premier Silvio Berlusconi, must also take part.

Di Maio refused the deal, saying Salvini was "choosing restoration instead of revolution" because "Berlusconi represents the past." He added that his movement was "not interested in remaining stuck or in looking to the past, we want to look to the future."

Salvini commented on the interview via his Facebook page saying "Mamma Mia," or 'oh my God.' The League leader wrote to his followers that either "a new government is born" or new elections must be called, which he said his party would "win hands down."

In the event of a new election, opinion polls show a high risk of the same deadlocked result occurring again.