Home to the largest concentration of Chinese residents in Europe, two mountain villages have become the unlikely setting of an integration experiment. Giulia Saudelli and Matteo Civillini report from northern Italy. 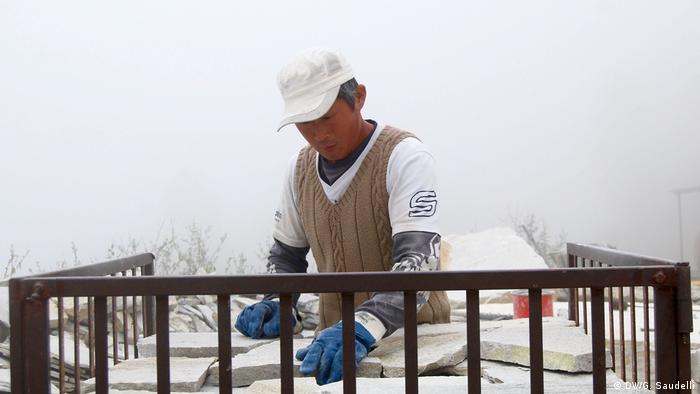 At midday, the fog is so thick one can barely see the mountainside. From the vast space that opens out below, all one can hear are the Chinese workers busily hitting large slabs of stone with their chisels. The quarry's owner paces around them, making sure the precious material is handled with care.

A few meters away a truck is ready to load the rough-cut stones, which, after a journey down a steep mountain road, will be delivered to the workshops in the tiny villages of Bagnolo Piemonte and Barge.

This is the daily routine in the Infernotto Valley, in northern Italy, home to the largest Chinese community in terms of concentration in Europe. Since the early 1990s more than 1,300 of them have settled in this remote area, making up around 10 percent of the total population. The Chinese presence is so strong that Hu has now become the most common surname in Barge.

Read more: Police say victims of drive-by shootings in Macerata are all foreigners

Their arrival initiated what can be described as a 20-year-long migration experiment, unintentionally providing a testing ground for integration policies in Italy and beyond.

What brought them to this unlikely place is the Luserna stone. A pillar of the local economy, the 'grey gold' — as it is known locally — is a foliated rock featuring sheet-like layers of varying shades of color. 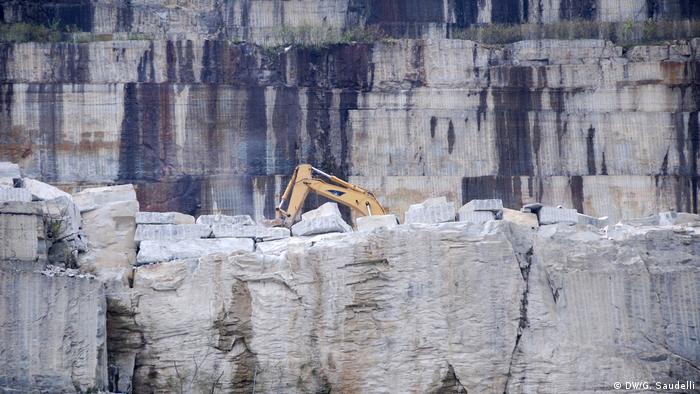 Around 150,000 tons of Luserna stone are extracted each year from the 85 quarries scattered across the mountain. Operators say the industry has taken a hit following the global financial crisis of 2008 and the subsequent decline of the construction sector.

But the industry would probably have been in deep trouble much earlier, had it not been for the curiosity of a Chinese man. In 1994 a now almost legendary figure, Deng Lunqiao, a skilled stonecutter from the Zhejiang region, ventured to Barge after seeing a slab of the stone in Milan.

For some time local factories had been on the lookout for more manpower, but human resources in the area were limited. That is how Deng became the first of many Chinese to settle down in the valley and get a job in the stone industry.

"After the first couple of families arrived in the 1990s, the local stone-cutting businesses realized they could increase their productivity, so an ever-rising number of Chinese workers have come here," says Luca Liporace, the young manager at Italpietre, a stone company that owns three quarries and a workshop in the area. "It's a community of hard workers, happy to learn very quickly." 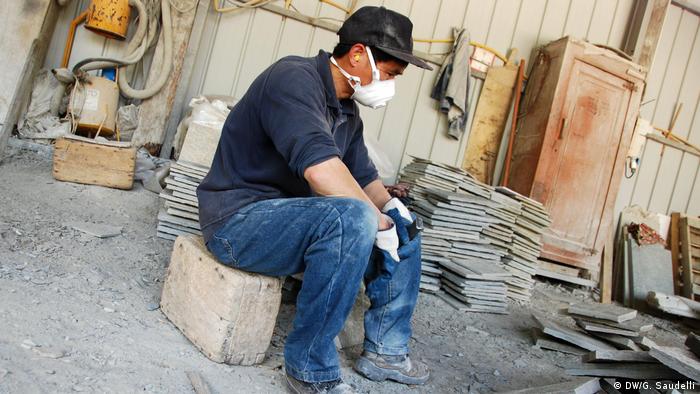 Despite the use of machinery, stonecutters are indispensible for the success of the industry

Fueled by an entrepreneurial spirit, many Chinese stonecutters have now mastered their art to the point that they have decided to go it alone. They have opened their own small workshops, buying rough stones from Italian extractors and selling them back to them after the cutting and polishing operations.

The evolution of the stone industry in the area brought with it a profound social change, due to the major demographic shift caused by the influx of Chinese workers and their families.

In such a quiet, remote part of Italy, the impact of a similar transition was felt more heavily than in big cities such as Rome or Milan.

While racist episodes have rarely occurred, and the two communities seems to live peacefully one next to the other, true integration has been hard to achieve.

Liliana Chioccarello, president of the local families' association "Together for ...," says her first contact with the Chinese community came through her six-year-old son over a decade ago.

She started hosting her son's Chinese classmates in the afternoon after school, so they didn't have to be home alone while their parents were busy at work.

"My home is a safe harbor, and I am very welcoming," Chioccarello says. "I got to a point where I couldn't go to work anymore because I was home all the time with the children. I thought I needed to do something, and that's how our first project was born." 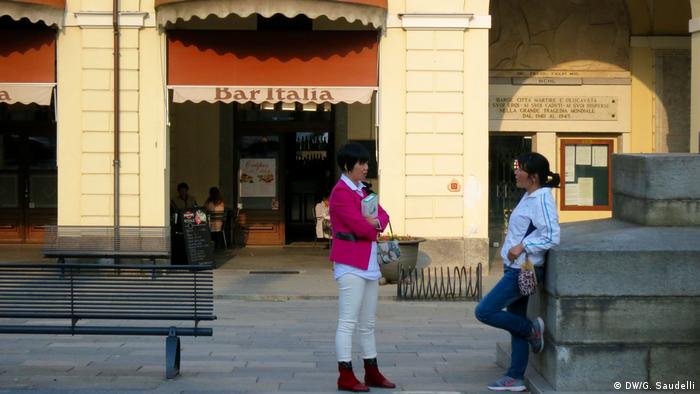 With little knowledge of Italian, it can be hard for older Chinese to integrate in the local community

Over the years, many different activities involving Italian and Chinese children have started, including an after-school club, summer camps and theater projects – mostly coordinated by Monviso Solidale, a consortium of 52 towns in the area that provides public services to its citizens.

These programs have proven quite successful, especially with the children who were born in Italy, who have fewer language problems and no culture shock after the move from China.

"But even children who were born here and speak Italian have a hard time integrating 100 percent. They still tend to remain in their own cultural circles," explains Sara Caldera, a cultural-linguistic mediator who has worked in the area for 10 years.

Education proves to be key

The issue is especially pressing, given that about 20 percent of the nursery, elementary and middle schools students in Barge are Chinese — significantly above the national average.

Despite budget constraints and limited resources that have made integration a challenge, many young Chinese do, in fact, successfully participate in Italian society and have moved to other parts of the country to work or study. 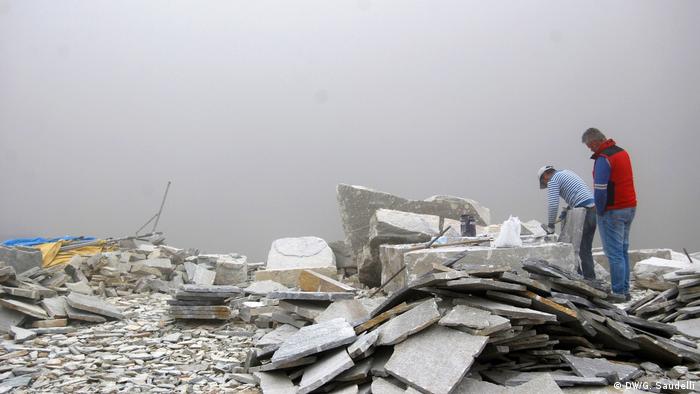 In the last 10 years, more than 20 Chinese-run workshops started business, buying stone from the Italian-run quarries

Huang Zaitong grew up in Bagnolo Piemonte after relocating from China when he was six, and is now attending university in Turin.

He says that as far as jobs go, the younger generations have no interest in following in their fathers' footsteps.

"They want to open stores, become entrepreneurs," says Huang. "The older people who are currently chiseling stones will be the last Chinese to do that work."

Just like their Italian neighbors before them, it appears that an in evitable generational shift might gradually drive Chinese workers out of the stonecutting business.

"They get educated and, therefore, they don't want to do this kind of work anymore," says Liporace. "Come back here in 10 years' time, and all these people won't be doing this job anymore."