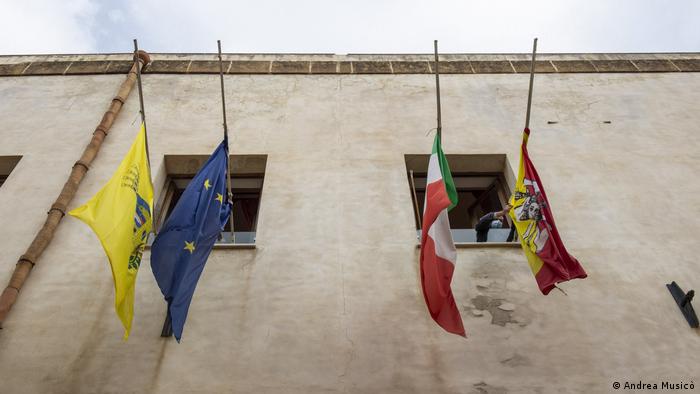 On the fishing docks of Mazara del Vallo, a town in western Sicily, people are going about their daily work. Some are preparing nets, some are fixing cold storage rooms on boats, while others are dealing with mechanical issues. It's business as usual here, even though the atmosphere has been tense for a few weeks now.

"Had my boat not been stuck in the docks because of engine failure, I, too, would have been there the day they were captured," said Vincenzo De Santis, the captain. Eighteen of his fellow fishermen — eight Italians, six Tunisians, two Indonesians and two Senegalese — were arrested by the Libyan Coast Guard on September 1 while sailing in international waters. 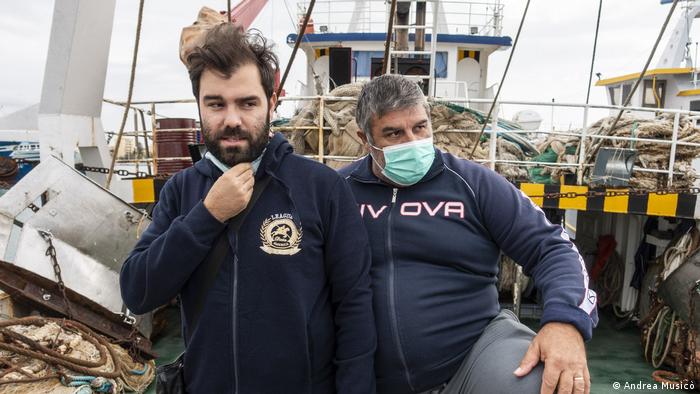 Vincenzo (right) and Salvatore De Santis on their boat

In 2005,  Moammar Gadhafi, then Libya's leader, unilaterally extended the country's territorial waters from 12 to 74 nautical miles offshore — an area especially rich in highly prized red prawn. Fishing boats from Mazara del Vallo have been involved in several incidents of this kind since then. This time, four ships were stopped, two of which managed to escape.

"There is nothing worth fishing for before those waters," De Santis said. "When I am 35 miles away from Benghazi, I know that I am within the law. What should I say to my crew when we go there? That we are going to fish in Libya?"

One of the crew members is Tarno, who — like Giri Gunawan and Samsudin Moh, two of the fishermen still detained in Benghazi — hails from Indonesia. Tarno began working in Italy in January and now realizes how troubled these waters really are. 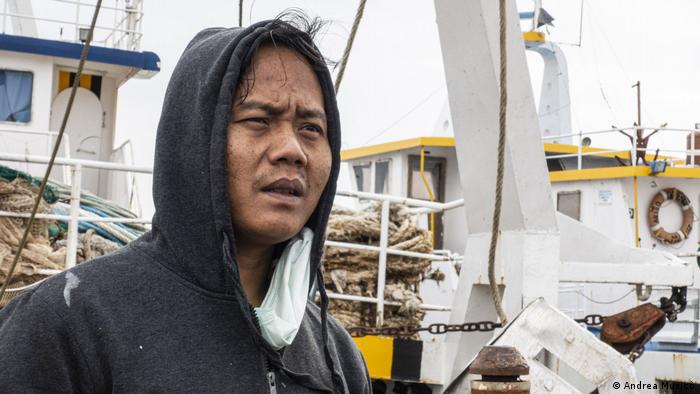 "I heard of this before, but now I understand it, it's scary," said Tarno, who only speaks Indonesian and doesn't have family in Italy. "They [Gunawan and Moh] were the only people I could really speak to when we were all back from the sea. I pray for their loved ones who are in Asia and worried."

In the meantime, the families of the fishermen from Mazara del Vallo discussed the issue at the local city hall. 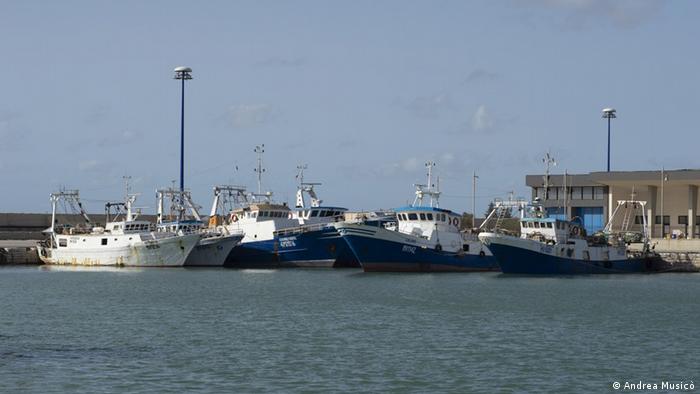 Mazara del Vallo once had more than 300 fishing ships, but now it has about 80

"I believe the Libyans have a heart, but it's a frozen one. I understand that they want to be recognized," said Pietro Giacalone, who hasn't spoken to his son since the day he was detained, when one call was allowed.

According to many sources, General Khalifa Haftar, the head of the rival government in eastern Libya, is seeking international recognition. The fishermen were captured on the day Italian Foreign Affairs Minister Luigi Di Maio left Tripoli, where he had met Fayez al-Sarraj, the leader of Libya's UN-recognized government, to discuss the ceasefire, to which Haftar has not agreed. 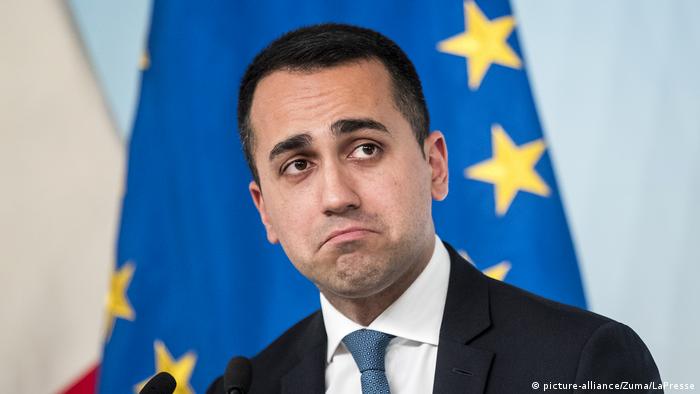 Di Maio, however, has rejected the idea that there is any connection with his diplomatic visit.

Haftar's intent is reportedly to negotiate the release of the fishermen in exchange for four Libyan footballers currently jailed in Italy. They are serving up to 30 years in prison after being found guilty of smuggling displaced people across the Mediterranean in 2015, with one crossing resulting in the deaths of 49 people. 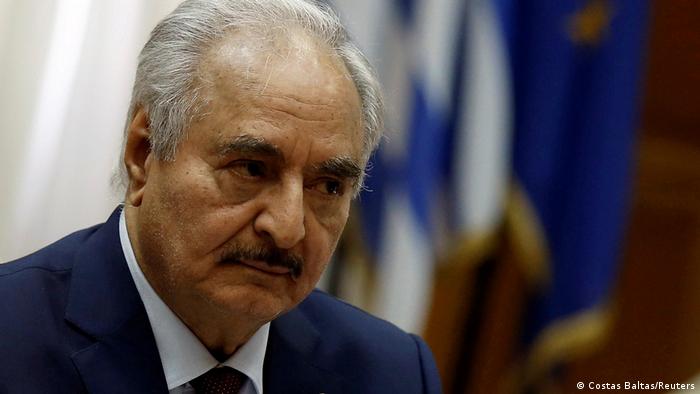 General Khalifa Haftar, the head of the rival Libyan government in eastern Libya

According to Libyan sources, the Italian fishing crews have also been accused of drug trafficking. A leaked photo shows yellow packages displayed in front of one of the seized boats in Benghazi. The Italian government has not confirmed this accusation, which is believed to be Haftar's attempt to ramp up the pressure.

The fishermen are reportedly scheduled to appear before a military court on Tuesday, charged with illegally entering Libyan waters.

"Detaining people who violate a self-proclaimed zone is unacceptable ... just as it would be unacceptable if someone were to tell us that they will release the Italians if we release their nationals," Foreign Minister Di Maio said.

"I hope my son will come back soon, and in good shape, too, or his return will mean even more suffering," said Giacalone, who has heard about the conditions in which detained fishermen were kept in Libya in the past. 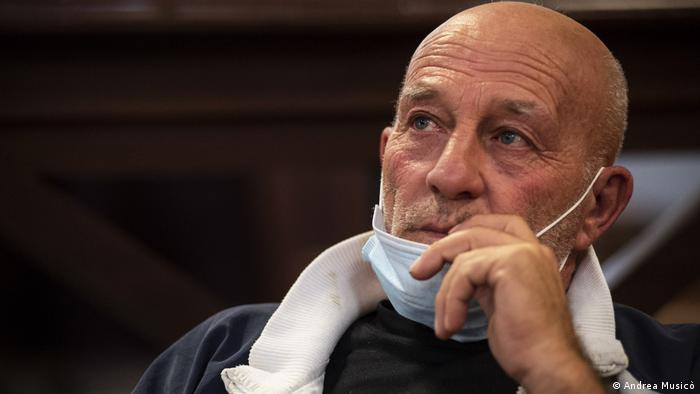 Pietro Giacalone is a fisherman like his son Fabio, who is still detained in Benghazi

"In the '90s, they were clustered with 100-150 people in bunker rooms, but at least the families could call them regularly," Giacalone said. "Now, they are in better facilities, but we can't speak to them. What does Fabio eat? How does he sleep? Can he wash himself?"

The current situation is unprecedented: In previous cases, fishermen were typically released after paying a fine.

Di Maio has called on General Haftar's backers, which include Russia and the United Arab Emirates, to get involved in the negotiations for the release of the fishermen, hoping they can exert some influence.

Most of the fishermen's families blame the Italian government for not keeping them sufficiently informed of developments. However, the political attention the case is receiving gives some of them hope: "We know nothing new, but my feeling is that we should get ready to celebrate," said Vito Gancitano, brother-in-law of one of the fishermen.

This feeling is not shared by Chaima Mathlouthi, a young Tunisian who spoke to her father, Habib, a few days before his arrest. "I called him while he was at sea because I needed some Tunisian paperwork for my university enrollment. He told me that he could come back home if necessary, but I told him not to worry about it," she said, sitting far from the other families, struggling to speak Italian. "Now I wish I had told him to come back."