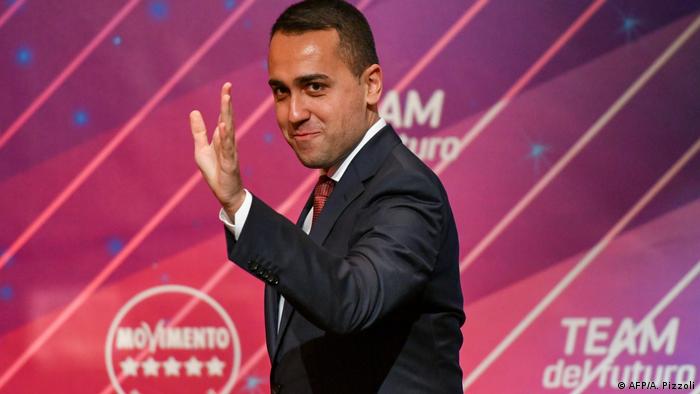 Luigi di Maio, Italy's minister of Foreign Affairs, shook an already delicate governing coalition on Wednesday when he announced he was stepping down as the leader of the Five Star Movement (M5S), but he was not resigning his position in the cabinet of Prime Minister Giuseppe Conte.

"Today is the end of an era," he told supporters at Rome's Temple of Hadrian, "let's refound ourselves."

The populist M5S has struggled to maintain an air of political legitimacy in recent months after agreeing to be in coalitions first with the far-right Lega (League) party and, since September, with the center-left Democratic Party (PD).

The M5S has also found it difficult to maintain its professed core value as an anti-establishment organization now that it has been in the uppermost echelons of power since June 2018. Some 31 lawmakers have defected away from the party in recent months.

Di Maio said he had worked hard on the "project" of leading the M5S into government, but now, "I can say that I have completed my task."

Di Maio, 33, worked various jobs before being elected to the Chamber of Deputies in 2013. After a meteoric rise through the ranks of the party, M5S founder Beppe Grillo announced he was stepping aside as leader in favor of Di Maio.

Prime Minister Conte and M5S officials have denied claims that Di Maio's move will cause the governing coalition to collapse.

Italian political analysts have suggested that one of the reason's behind Di Maio's move could be elections this Sunday in the well-off region of Emilia-Romagna. Traditionally a staunch left-wing stronghold, polls indicate that the Lega could bring in historically high numbers for the right-wing in the region.

Thousands of people have been gathering in Italy's northern cities in a sign of opposition to far-right leader Matteo Salvini. The quietly subversive 'Sardine' movement has been dubbed "Salvini's most dangerous enemy." (30.11.2019)