The Libyan coast guard says it has rescued 278 migrants on four different boats in recent days. The migrants, including 18 women and two children, had been trying to make their way to Europe. 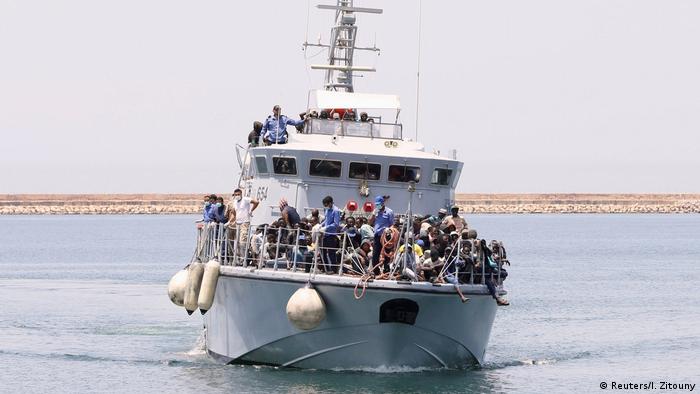 Libya's coast guard on Saturday said it had intercepted four boats carrying 278 migrants headed for Europe off the country's Mediterranean coast earlier in the week.

Spokesman Ayoub Gassim said the migrants, including 18 women and two children, were intercepted on Tuesday in separate rescue operations off the coast near the capital, Tripoli.

The operations took place during the Muslim holiday of Eid al-Adha, which ended on Wednesday.

In recent years, the country has been a major transit route for migrants, mostly Africans, trying to reach Europe by ship, with thousands being rescued or drowning at sea when their boat sinks.

The United Nations has described the capsize of two boats carrying about 300 migrants as the "worst Mediterranean tragedy" in 2019. Survivors were rescued by fishing boats and returned to detention centers in Libya. (25.07.2019)

Italy blocks own coast guard vessel with migrants on board