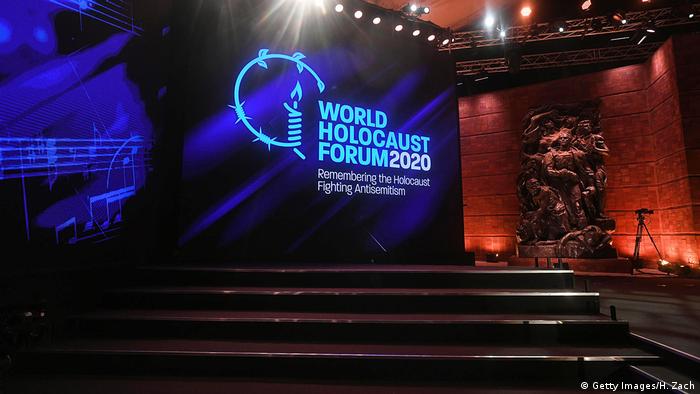 Dan Michman, the head of Yad Vashem's International Institute for Holocaust Research, wrote in a statement that several short films about World War II that had aired during the World Holocaust Forum "included a number of inaccuracies that resulted in a partial and unbalanced presentation of the historical facts."

The forum, which took place in Jerusalem, marked the 75th anniversary of the liberation of the Nazi's Auschwitz concentration and extermination camp complex.

Michman added, "We apologize for the unfortunate errors in these short films, which do not represent Yad Vashem's approach to the historical issues portrayed."

Yad Vashem said the clips failed to mention Poland's division between Nazi Germany and the Soviet Union in 1939, nor did they acknowledge Nazi Germany's conquest of Western Europe a year later. The clips also showed incorrect borders of Poland and labeled concentration camps as extermination camp, the statement said.

Russia and Poland at historical loggerheads

The Janaury event was beset by controversy over conflicting narratives as Russia and Poland sought leverage over historical interpretations.

Polish President Andrzej Duda boycotted the ceremony due to Putin's central role in combination with his own exclusion from the podium.

A German journalist has come under fire for writing that Russia and Israel exploited a Holocaust remembrance ceremony for their own agendas. She said the memorial missed an opportunity to stand against anti-Semitism. (24.01.2020)

The premier has become the first official to issue an apology on behalf of the government for failing to protect Jews during World War II. He said too many Dutch civil servants "carried out the orders of the occupiers." (26.01.2020)