Israeli journalist shocked by Polish PM′s response to Holocaust question | Europe | News and current affairs from around the continent | DW | 20.02.2018

The Polish prime minister's mention of "Jewish perpetrators" during the Holocaust has sparked outrage in Israel. DW spoke with Ronen Bergman, the Israeli journalist whose question prompted the controversial remark. 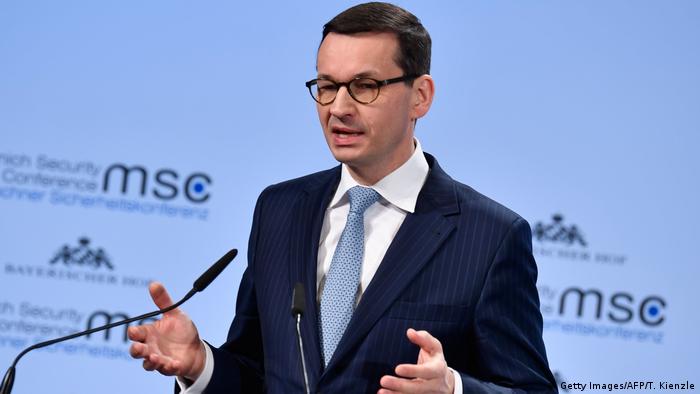 DW: At the Munich Security Conference on Saturday you asked Polish Prime Minister Mateusz Morawiecki whether you yourself would be considered a criminal under his country's new Holocaust law, which makes illegal public statements that falsely and intentionally attribute Nazi crimes to Poland under German occupation during World War II. You related how your mother saved herself and most of her family during the Holocaust after she had overheard her Polish neighbors discussing plans to reveal their location to the Nazis. Morawiecki replied: "Of course it would not be punishable or criminal if you say there were Polish perpetrators, just like there were Jewish perpetrators, like there were Russian perpetrators, like there were Ukrainians, not just German perpetrators." Did you expect your question to trigger a diplomatic row?

Ronen Bergman: No! Not at all. I did not plan to ask the question. The reason I stood up was that Morawiecki didn't say anything about the new Holocaust law in Poland. I am sure he knows it is a very important topic and I was sure that he was going to comment on that. And when he didn't, I thought it would be the right thing to do. Then I was planning to ask him something general, but taking the microphone and standing up I was suddenly swamped with so many memories of my mother and my family. So it became a more personal question and I even apologized for asking this in a very personal way.

Did Morawiecki's answer surprise you?

Very much. I was sure that he was going to say something empathic, sympathetic, expressing some solidarity, and that he would try to address the question in a very diplomatic way. Instead he did not offer any sympathy, and above all, he gave this outrageous answer about Polish and Jewish and Russian and Ukrainian perpetrators.

The Polish government says it won't apologize for those words. Is that the response you expected?

I am not an expert on Polish politics, so I didn't know what I should expect. But even the announcement that was published by the spokeswomen of the government, which is seemingly some kind of clarification, does not clarify anything. This is neither a withdrawal nor an apology. Instead of being a clarification, it is just some sort of diplomatic, vague language that basically says nothing. 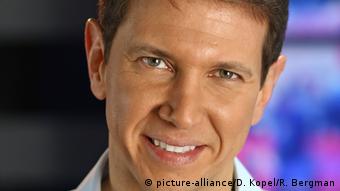 Bergman is a journalist at the Yedioth Ahronoth newspaper

If you listen carefully to the answer given by the Polish PM, you can see that it was not some kind of unplanned mishap which was "lost in translation." I think I caught him off guard and then he said something that maybe in retrospect, in light of the last diplomatic uproar that he caused, he would not have said. But I think what he said was a very sincere reflection of what he thinks.

How did you feel when you heard the Polish PM speak of "Jewish perpetrators?"

I was so shocked that my eyes were filled with tears of agony and rage. It's just unbelievable, this attempt to rewrite history!

But can you understand the concerns Polish people have about the perception of their country during the Second World War and the Holocaust. Poles were among the primary victims of Nazi Germany's crimes. Many people in Poland now believe that being linked to those crimes is defamation. Poles make up the largest group of people recognized by Israel as "Righteous among the Nations" — a title that honors those who risked their lives to save Jews from extermination.

I think we should put the facts as they are and not ignore them. The Holocaust was initiated and executed by the Germans, by the Nazis. The death camps or concentration camps that were established on Polish territory were established and erected by German forces and German officials. And there is also no one who doubts the fact that there were many Poles who helped the Jews and rescued Jews. I think no one dares or tries to challenge that.

The problem is that many historical studies show clearly that there were significant parts of the Polish population that helped the Nazis. And that also should not be ignored. And trying to present it as if there were just a few criminals who helped the Nazis, and trying to put them on the same level as Jewish criminals, is really ridiculous. This is just another version of Holocaust denial.

I have read what was published on social media and on right-wing Polish websites in recent days. And what they are publishing is just more proof that what the Polish prime minister said was not a mistake. It just reflects this reading of history, which is completely false. Comparing the fact that Nazis appointed Jews under threat of murder to help them in the ghettos to the cooperation that the German occupation authorities enjoyed from the Polish population is outrageous. And even after the war, when there were no Nazis around, pogroms against Jews were still conducted in Poland. As I said to the Polish premier on Saturday, I think that this legislation is already achieving the exact opposite [of its intended] effect, and attracts more attention to the crimes committed by the Poles during the war.

The reactions out of Israel have been very emotional, and have come with harsh criticisms of Poland. Where does this escalation lead us? Will there be an end?

I think that the Israelis will not stop and not moderate the level of their reaction until the Polish parliament withdraws this law, especially after what happened in Munich. And, according to what Israel has announced, the Polish government promised Israel that it would not legislate that law without further dialogue between the countries. And Israel claims that the Polish government violated that promise.

Ronen Bergman is an Israeli investigative journalist and author. He is a senior political and military analyst at the Yedioth Ahronoth newspaper.