Israel's ambassador to Germany is encouraged by Berlin's desire to update the nuclear deal, saying it's not possible to "turn the clock back" to the 2015 accord. 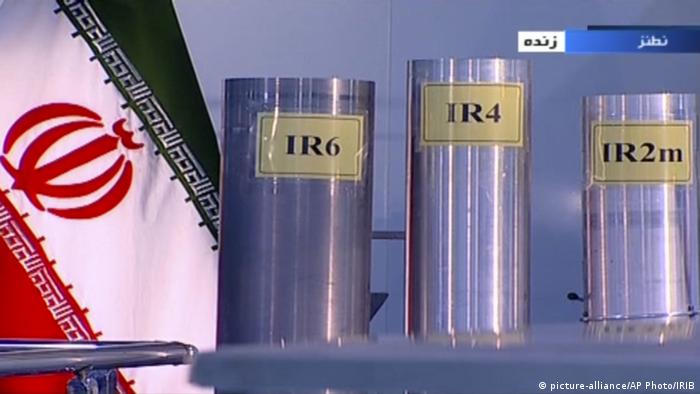 Israel has welcomed a German initiative to evolve the Iran nuclear deal into a broader security arrangement once Joe Biden becomes US president next month, news agency AFP reported on Thursday.

Jeremy Issacharoff, the Israeli ambassador to Berlin since 2017, said he was encouraged after German Foreign Minister Heiko Maas revealed he was keen on a reassessment of the nuclear deal. Maas described an evolution of the accord as a "step in the right direction."

Issacharoff said the so-called 5+1 partners, namely China, France, Russia, the United Kingdom and the United States, plus Germany, needed to take into account Iran's "destabilizing involvement" in countries, such as Syria, Lebanon, Yemen and Iraq.

The 2015 nuclear deal — known formally as the Joint Comprehensive Plan of Action, or JCPOA — provided Iran with sanctions relief in return for restrictions on its nuclear program.

But Issacharoff said a return to the deal in its original format was not possible. "I think people need to realize that you can't just turn the clock back to 2015," he said.

The "nuclear agreement plus" envisaged by Maas would prevent Tehran from developing a nuclear arsenal as well as place restrictions on its ballistic rocket program. The alterations would also involve restrictions on Iran's interference with other nations in the Middle East.

US president-elect Biden has indicated that Washington could rejoin the deal as a starting point for follow-on negotiations if Iran returned to compliance.

The recent normalization of ties between Israel and several Arab nations, including  Morocco, Sudan and the United Arab Emirates, has also further marginalized Iran, making the resurrection of the 2015 nuclear accord appear less likely.

Pompeo in Vienna: US vows to extend Iran arms embargo

A United Nations vote is expected to trigger a confrontation between world powers over whether sanctions eased under the 2015 Iran nuclear deal should be reimposed.