Deteriorating relationship with Beijing encourages Pyongyang to play neighboring governments off against one another to survive in an increasingly hostile world. Julian Ryall reports from Tokyo. 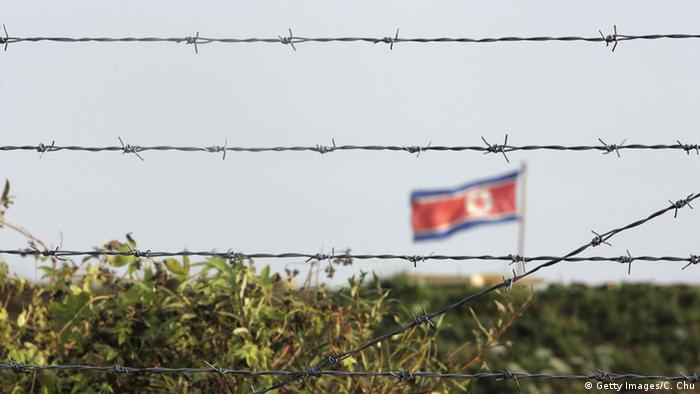 Ever since Kim Jong-un's regime carried out a third underground nuclear test in February 2013, ties between Pyongyang and Beijing have been tense. Concerns over the North's ongoing nuclear weapons program, as well as its development of ballistic missile delivery systems and biological and chemical weapons programs, had already raised tensions in northeast Asia. But the nuclear test - in the face of unequivocal opposition from Beijing - appears to have been one provocation too many for the Chinese leadership.

Beijing's anger was muted, but its reactions were unmistakable. Supplies of critically needed fuel oil were stopped at the North Korean border and other forms of assistance slowed to a trickle. High-level delegations of Chinese politicians stopped visiting Pyongyang and expressions of fraternal communist support became chillier.

Perhaps most tellingly, Beijing's cold shoulder towards an ally for more than six decades coincided with the Chinese leadership extending a hand of friendship - and economic cooperation - to South Korea, Pyongyang's fiercest ideological rival. 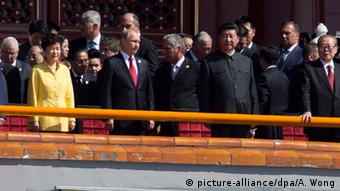 Those close ties have been enhanced by both Seoul and Beijing in the intervening years and were underlined at the September 3 victory parade in Beijing to mark the 70th anniversary of the victory over Japan in World War II. While Park Guen-hye, the South Korean president, sat alongside Chinese President Xi Jinping at the centre of the official dais for the march-past, North Korea's representative was at the furthest point on the VIPs' stand.

Choe Ryong-hae is a member of North Korea's Politburo Presidium and was attending the event as the personal representative of Kim Jong-un. And if that public snub was not enough, Choe had no opportunity to meet with Xi; in contrast, Park was welcomed as a close friend and ally and spent three days in the Chinese capital as a guest of Xi.

"There is no doubt; it was a very public embarrassment," Jun Okumura, a visiting scholar at the Meiji Institute for Global Affairs, told DW.

"It is clear that Kim does not have the respect of the Chinese leadership, and Beijing does not want North Korea acing up in relation to South Korea, with which it is building very close ties," he added.

Unusually, Beijing was quite critical of Pyongyang in the early days of the most recent cross-border crisis. While China would previously have supported its ally without question, Beijing made it clear in late August that it held North Korea responsible for a crisis that erupted after a land mine maimed two soldiers patrolling well inside the South Korean sector of the Demilitarized Zone that divides the two states.

Kim Soon-sil was born a second-class citizen during Japan's colonial rule of Korea. Nowadays she lives in Germany, but is still haunted by the past. (31.08.2015)

South and North Korea are holding talks at the border village of Panmunjom as Pyongyang's attack deadline looms. Earlier, South Korea said its troops were ready to defend the country if the North chose to attack. (22.08.2015)

That clash led to an exchange of artillery fire and, with both sides mobilizing their military forces, was the closest the two sides came to a full-blown crisis in many years.

Fast on its feet

And China's position will not have been overlooked in Pyongyang, although a regime that has always needed to be fast on its feet and wily in the international arena had already been actively seeking out new friends. And while Iran and Syria have expressed admiration for North Korea in the past, both lacked sufficient international gravitas and influence, while they were also disadvantaged by their geographical distance.

The only possible remaining ally was Russia. And while the benefits for Moscow would appear on the surface to be minimal, Vladimir Putin - who is also short of friends in Western Europe - is keen to develop Russia's Far East for exports of raw materials and, in particular, fuel. North Korea and Russia have already announced plans to develop the ice-free port of Rason to enable Russian coal to be exported. Equally, Moscow has cancelled $10 billion in debt that was owed by North Korea, while $25 billion is being spent on the country's creaking infrastructure, including railways.

There were also reports earlier in the year that North Korea wanted to purchase state-of-the-art fighters from Russia. Funding the purchase appears to have been the stumbling block to the deal going through, although it is worth noting that China has previously supplied that majority of North Korea's military hardware.

"North Korea has always been very good at playing one country off against another to get what it wants," said Rah Jong-yil, a former head of South Korean intelligence and an expert on the regime in Pyongyang. 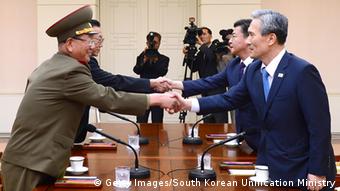 Unusually, Beijing was quite critical of Pyongyang in the early days of the most recent cross-border crisis

"But one has to ask what Russia thinks if might get out of an alliance with North Korea," he added. "The North has mineral resources, it is true, but the cost to extract them would be huge because the infrastructure is so poor. Plus, Russia is not really short of natural resources."

If Russia declines to take the relationship much further, then North Korea may find itself in an increasingly delicate diplomatic and economic situation. And the signs are that Beijing is less willing than previously to prop the regime of Kim Jong-un.

This week, South Korea and China have announced plans to convene a meeting to discuss the future of a unified Korean Peninsula. North Korea will not be present at those talks, but Pyongyang has always reacted angrily to any utterance on the issue of reunification by the government in Seoul.

If its ideological enemy and the nation that was previously its closest ally are discussing its future, North Korea could well have reason to be worried.