A leading German Social Democrat has hinted at coalition prospects with the Left party, once shunned during Cold War communism. His hint follows further gains in voter surveys by the upstart right-wing AfD party. 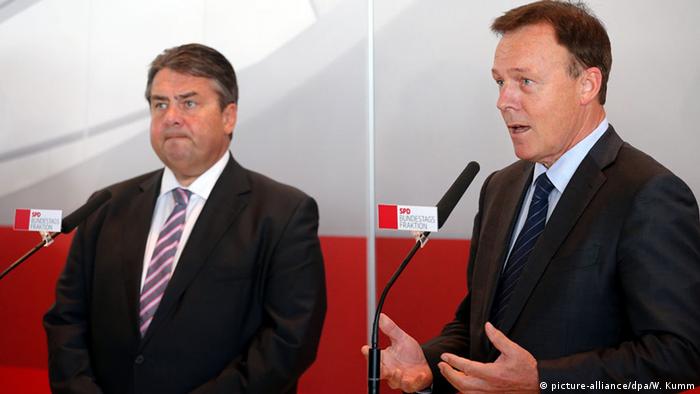 Social Democrat federal parliamentary group leader Thomas Oppermann told the Essen-based newspaper and media group Funke that the Left had to recognize that it was no longer a populist left-wing protest party.

The prerequisite, Oppermann added, for any cooperation with the SPD would be that the Left establish trust by recognizing Germany is embedded in a Western values system exemplified by membership in NATO and the European Union.

During Thursday's "Maybrit Illner" talk show on public television station ZDF, Oppermann said his party would make no coalition pronouncements before the federal election due in September 2017.

"Red-Red-Green [meaning SPD, the Left and Greens] will be decided alone by the voters," Oppermann said.

On Friday, two surveys showed gains by the Alternative for Germany (AfD), which was formed in 2013 by detractors of Merkel's political course. The AfD was put on 16 percent by pollsters Infratest dimap for state broadcaster ARD and on 13 percent in the Politbarometer conducted for ZDF television.

That has prompted speculation that each is considering various future coalition scenarios with the opposition Greens, the Left and pro-business FDP liberals.

In the federal Bundestag, the Left forms the largest opposition grouping with 64 seats, one seat ahead of the opposition Greens in the 631-seat chamber. 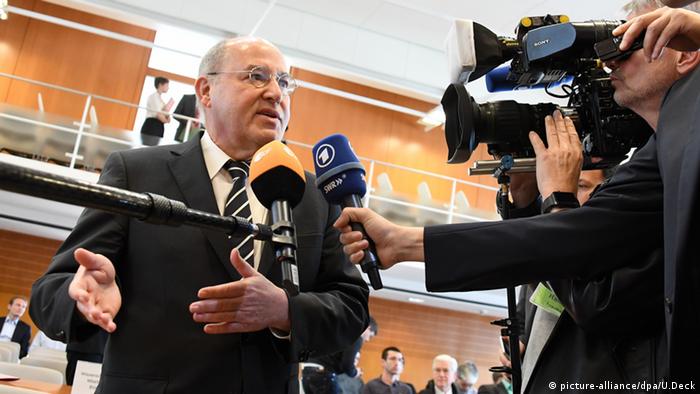 Gregor Gysi will run in Germany's federal election in 2017

Last week, Gregor Gysi, a Left party veteran renowned for his rhetoric, said he would run again in Germany's September 2017 federal election and urged his party to strive for an alliance with the center-left SPD and the Greens.

"To make the populist right-wing AfD superfluous, Chancellor Merkel's conservatives must be voted into opposition," said Gysi, who until last year was the opposition Left's parliamentary group leader.

Gabriel's SPD was unchanged on 22 percent.

Nationwide, the Left was on 10 percent, up one percent; the Greens remained unchanged on 13 percent. The liberal FDP was on the parliamentary threshold of five percent, down one percent.

Merkel's Chancellery Minister, Peter Altmaier, told ARD's breakfast program "Morgenmagazin" that the readings were not favorable for any of the parties in the Bundestag.

Referring to persistent debate about refugees, Altmaier said he was confident that survey readings would improve "when the public sees and feels that we have got these problems under control."

A survey drawn up by pollsters TNS Emnid for the commercial N24 television channel found that 33 percent of voters favor a further Merkel-Gabriel coalition. Only 25 percent favored the SPD-Left-Greens model suggested by Gysi.

Only nine percent were for a coalition between Merkel's conservative Union and the populist right-wing AfD, which in recent elections extended its opposition regional footholds. It now has seats in 10 of Germany's 16 Bundesländer or regional states. 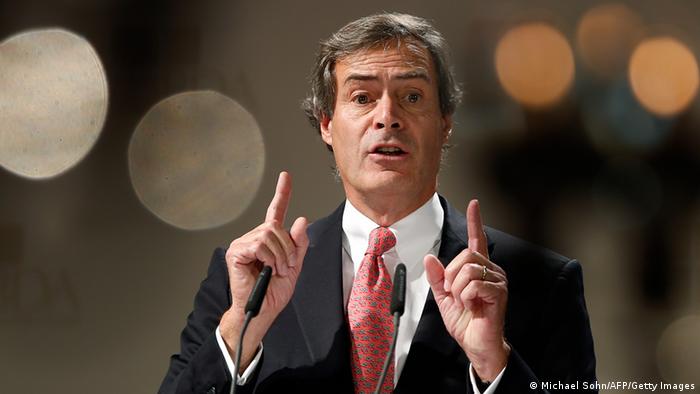 "If long-term the impression develops that hatred of foreigners is stronger than [Merkel's] welcoming culture, then that will be a big problem," he added.

An anti-migrant, anti-clerical remark by a top Bavarian politician has outraged German church leaders. Catholic and Protestant heads say they are shocked and accuse Andreas Scheuer of aiding far-right populists. (19.09.2016)