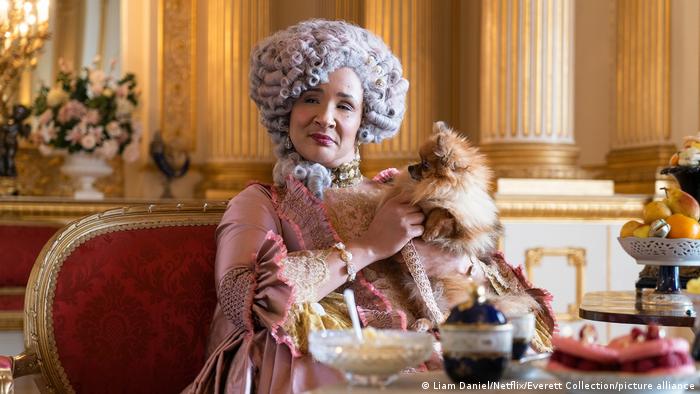 There's love, intrigue and sex, ideas of class and rebellion against them: familiar themes that typically pepper a Jane Austen-esque historical romance.

Except that in the case of the new Netflix series Bridgerton, set in the British court of 1813, some of the main characters are People of Color. An atypical look and feel to previously all-white film adaptations like Pride and Prejudice.

Casting actors whose skin color and looks vastly differ from the literary or historical characters they portray onscreen is known as "colorblind casting."

"The Actors Equity in the U.S. calls it 'nontraditional' casting," says Ellen Harrington, the director of the German Film Institute and Film Museum (DFF) in Frankfurt. "The traditional choice has been to predominate even minor roles, on-camera crowd sourcing roles or non-speaking roles with white people."

But that doesn't apply to Bridgerton. Casting People of Color in the court was a conscious decision to reinterpret and retell history, she explained.

The new Netflix series is based on the fictional, eight-volume novel by Julia Quinn about the far-flung Bridgerton family. However, Britain's Queen Charlotte, who does not appear in the novel, has been drafted into the series. By casting theater actress Golda Rosheuvel as the Queen (pictured top), series creators Shonda Rhimes and Chris van Dusen have resurrected a historical debate that Sophie Charlotte zu Mecklenburg-Strelitz, born in 1744, is said to have had African ancestors. This means she could indeed have been the first black British queen. 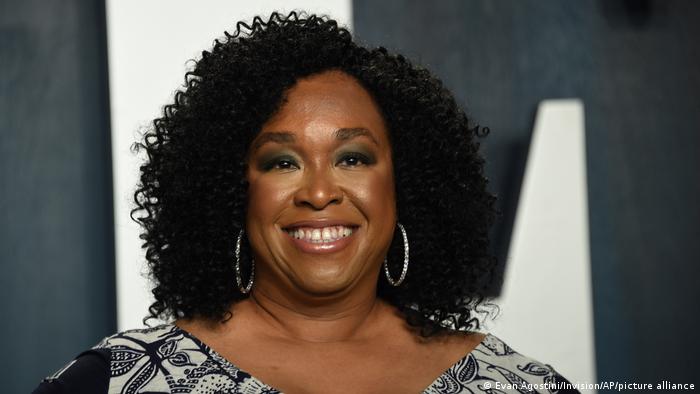 The series takes this idea further, says Skadi Loist, Assistant Professor at the Film University Babelsberg, by asking what happens when we no longer make Eurocentric assumptions that "imagine our history as homogeneously white?" Why maintain the illusion that a fictional series can't tell a slightly different story?

The danger, however, is that viewers might take what is shown at face value; that is, perceive it as historical reality, says US sociologist, Matthew Hughey.

"Next to Rome, the British Empire was the largest colonial power in the world," he told DW. "The Queen is played by a Woman of Color, but what life was really like for most black women at the time is not adequately addressed."

It is always very difficult, he says, to incorporate diversity into a story and sufficiently highlight all perspectives and speak to all viewers equally. In his book, The White Savior Film, Hughey discusses how in Hollywood stories about People of Color are still mostly told from a white protagonist's point of view. All too often, the said protagonist rushes to the aid of his black counterpart — in other words, playing the "white savior."

He cites Green Book, which won the best film Oscar in 2019, as a fitting example. "Basically, these are terrible films because they show People of Color as stereotypes who need to be saved by white people who have the knowledge and skills." 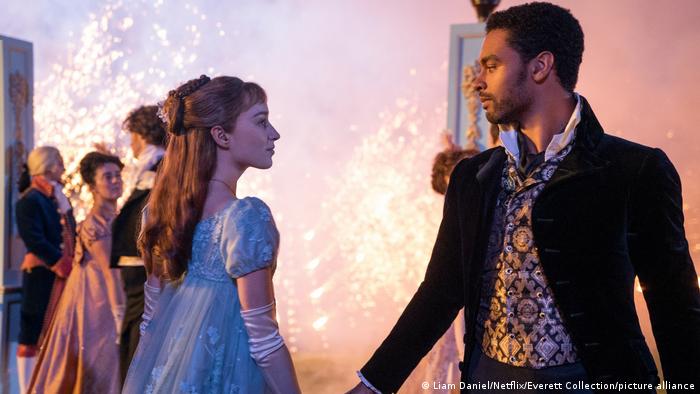 Phoebe Dynevor (left) and Rege-Jean Page in the first episode aired on December 25, 'Diamond of the First Water'

Calls for more diversity in film

Since the 2016, the #OscarsSoWhite movement typifies efforts in Hollywood to introduce more diversity to the film industry — including having People of Color narrate from their perspective. Black Panther, starring the late Chadwick Boseman, is a striking example. Or Ma Rainey's Black Bottom, which also features Boseman in his final role before his death in 2020.

Films like these are often hits. "There is actually a very high correlation between higher profitability and a movie that shows a more diverse cast and world," said Harrington. "But it isn't always done this way. So, the examples we're talking about are really exceptions."

That correlation is evident with Bridgerton too. Launched on Netflix on December 25, 2020, the series is currently among the most viewed in many countries, including Germany.

Under apartheid, dating across racial lines was banned by law. A quarter of a century later, South Africa still struggles to welcome young interracial couples into the rainbow nation. Sertan Sanderson reports.