Under apartheid, dating across racial lines was banned by law. A quarter of a century later, South Africa still struggles to welcome young interracial couples into the rainbow nation. Sertan Sanderson reports. 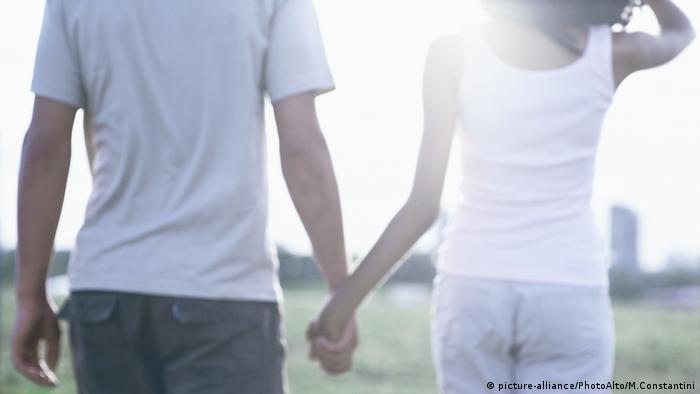 A young couple walks down Cape Town's fashionable Bree Street under the heat of the January sun. They ooze the kind of confidence that is typical of the honeymoon phase of any relationship. When they hold hands you see a world of tenderness between them, and when they kiss it is almost an act of innocence.

But there are some that might want to rain on their parade, the ones that glare and stare at their union in almost a sense of disbelief. Because, not only are Dries Grobler and Brolin Meyer a gay couple, but they're also an interracial couple. Even in Cape Town, South Africa's most liberal city, their love pushes boundaries even today.

"We get a lot of looks, but see then again I don't know is it because we're gay or is it…" – Dries doesn't even finish his sentence. The 31-year-old IT analyst doesn't even want to say the "R" word. 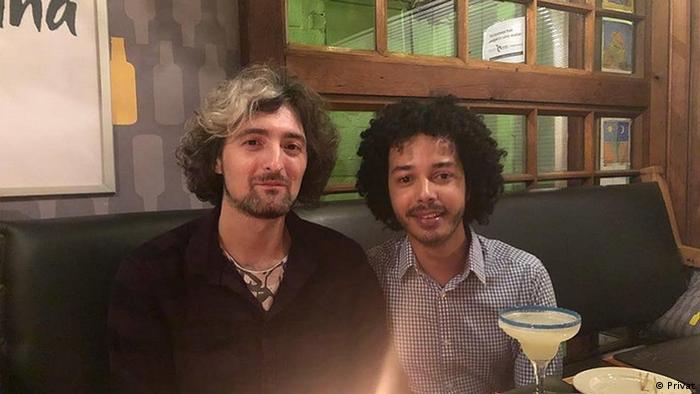 His partner Brolin, however, is more used to being aware of race issues and racism. Brolin, 27, belongs to the Cape Colored community – an ethnicity that is unique to South Africa and is comprised of European, African and Asian heritage.

Brolin confirms that the couple often feels like people are starting at them. He's "gotten used to it." Dries, however, doesn't want to get used to it, as he jokes: "We sometimes go out and I grab Brolin's hand and tell him 'I hope we give another old granny who sees us together a heart attack today.'"

Read more - As Angola decriminalizes homosexuality, where does Africa stand?

Dries and Brolin are among a growing number of interracial couples in South Africa, who are trying to assert their rightful place, whether they are gay or straight. Even the leader of the Democratic Alliance (DA), South Africa's largest opposition party, Mmusi Maimane, is still repeatedly asked questions relating to the fact that his wife of 13 years is white. Some people are attracted to his party because of this sign of inclusivity, while other voters say they have distanced themselves from the DA because of their union. The race issue is still a hot topic in South Africa, even 25 years after the end of apartheid in 1994.

Gabi Heurlin and Tshepo Chipu, both 19, are a heterosexual couple also living in Cape Town. The couple is part of the so-called "born-free generation," that is South Africans born after apartheid. But to what extent they truly get to feel "born free" depends largely on who they are dealing with, according to Tshepo.

"My family were obviously a bit shook, I guess. Because they were like, 'Oh? You're bringing home a white girl?' At the moment, that's kind of what is expected if you bring home someone of a different race," said Tshepo.

His girlfriend Gabi thinks that age plays a big role, adding that with each younger generation there's less reservation towards interracial love: "I think my parents' generation, it was a bit different. And definitely my grandparents' generation. But I just don't understand apartheid. How was that even a thing? … That mindset and everything, it's very hard for me to relate to that." 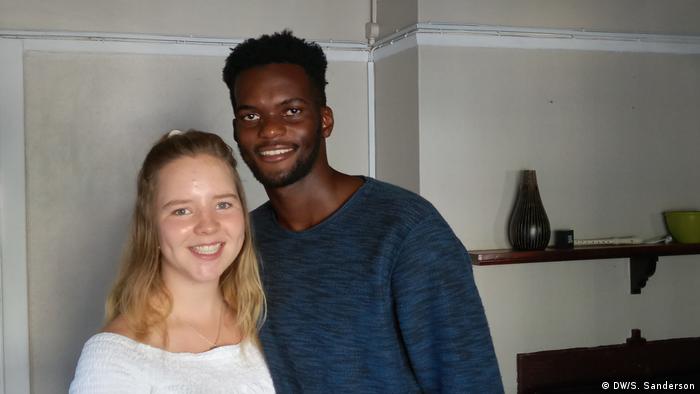 The long shadow of apartheid

Paula Quinsee is a relationship coach and author, who often works closely with interracial couples to help resolve problems arising from these sorts of pressures. She confirms that those who lived under apartheid may have a different take on the issue of interracial relationships:

"The older generations will sometimes still kind of judge or look down on or potentially not even accept interracial couples or be open-minded to them," said Quinsee. "Younger generations have now grown up with that, they're going to mixed-race schools and to them it's just the norm to be among different color or different race people." 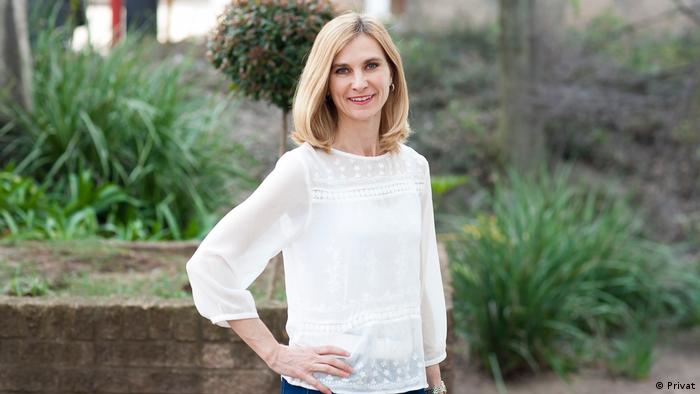 Quinsee calls for more kindness among people to overcome South Africa's lingering challenges, saying that South Africans are "failing" their own people by being too harsh to one another: "Racism does not talk about black or white. It talks about discrimination. And we discriminate in every different possible way that you can think of against other people: we discriminate against age, skills, culture, values, belief, and gender. And these are real issues that need to be addressed."

Dries Grobler meanwhile thinks that in the contemporary context, it is rather a question of privilege than just race that can put a spanner in the works for any interracial union: "I have been noticing a lot more white-privilege type of stuff around me while being with Brolin. I am certainly more aware of things where I was privileged." 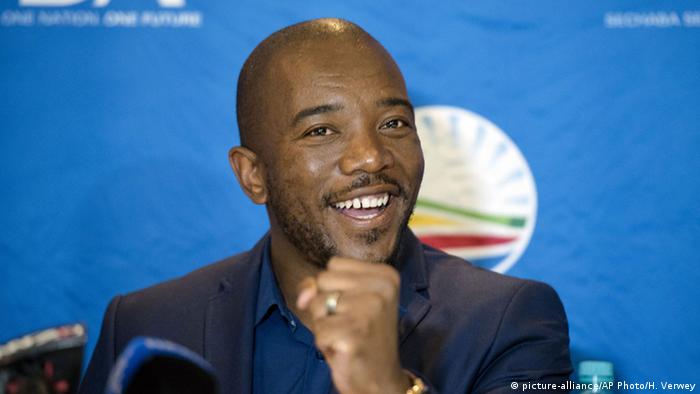 Tshepo Chipu agrees that it is important to recognize and highlight differences in privilege that remain – as well as color. "I think the most important thing is also to recognize race, not try to not see color. It's important to say 'OK, I'm black, you're white.' It almost makes everybody feel more comfortable to talk about race and ask questions," he tells DW.

His girlfriend Gabi says that two years into their relationship, she is by now "used to" not only getting stares but also to the fact that there are always questions regarding their love for each other.

For Brolin Meyer, however, there are really no questions that need to be answered when it comes to his relationship with his boyfriend Dries: "You can't not see race. But you don't have to make a big deal of it.

"I like him and he likes me, and that's all that matters."

Listen to the radio version of this report here

Several stores belonging to Swedish clothing company H&M have been attacked and trashed by members of Economic Freedom Fighters. They were protesting an advertisement by the firm widely seen as racist. (13.01.2018)

South Africa's anti-racism week 'a drop in the ocean'

"TakeOnRacism" is an anti-racism campaign taking place this week in South Africa. It aims to change attitudes and curb racial incidents. What lies at the root of the emerging racism today, 22 years after apartheid? (17.03.2016)

African states have drafted a resolution, calling for the suspension of the UN's new LGBTI investigator. The 54-member Africa group says concentrating on gay rights takes away from other issues, including racism. (05.11.2016)

March 17, 1992: This date will forever be remembered in South Africa as the day when whites voted to end the apartheid system that privileged them and oppressed others. The country has seen momentous change since then — but is still wracked by injustice and poverty.

Lingering colonial legacies: The study of skin is too white 15.02.2022

The historical lack of racial representation in dermatology textbooks isn't just a problem in countries with majority white populations, but across the globe.