A refugee family living in a shelter has given Berlin police a bag containing 14,000 euros found on the U-Bahn. The elderly owner had forgotten the cash-filled bag. 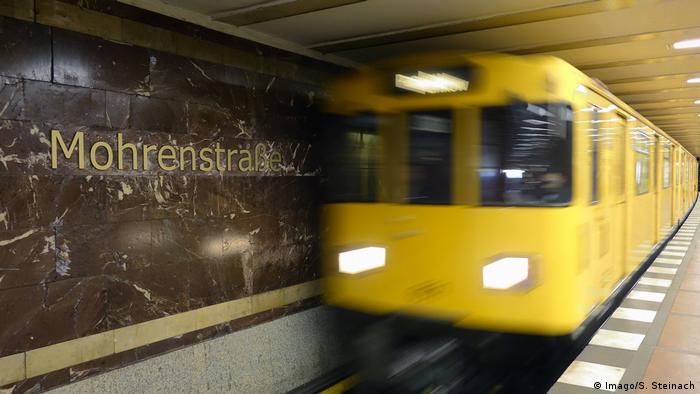 A 16-year-old Iraqi refugee girl found a bag in a Berlin U-Bahn (subway) train containing €14,000 ($16,750), which her mother later handed over to authorities, police said Tuesday.

A 78-year-old woman forgot the bag on the train on Friday night. After realizing she left the money in the U-Bahn, the woman notified transit authorities, who were unable to recover it.

Two years since Germany opened its borders to refugees

Within 48 hours, the refugee mother and daughter had voluntarily gone to police, notified them of the find and turned over the bag of money intact. "A student found a handbag with €14,000 and handed it over to police. The owner is happy. We say 'excellent' and 'thank you'," Berlin police tweeted.

The family, who lives in a refugee center, is likely to receive a reward for their good deed. Under German law, the applicable reward for found objects or money is three percent for valuable goods. The reward amount is halved if the valuables are found on public transportation.

Good Samaritans come from all over

In 2016, police also hailed three Syrian refugees for their help in apprehending a suspect who was planning to carry out a bomb attack at an airport. The suspect had been the focus of a two-day manhunt, finally ending when the three Syrians realized that the fellow refugee, whom they had allowed to stay in their apartment, was indeed the fugitive.

Despite increasing violence against refugees in Germany, the media focus is on migrant criminality, a new study says. The refugee crisis has dominated headlines since the summer of 2015. (01.08.2017)