Despite increasing violence against refugees in Germany, the media focus is on migrant criminality, a new study says. The refugee crisis has dominated headlines since the summer of 2015. 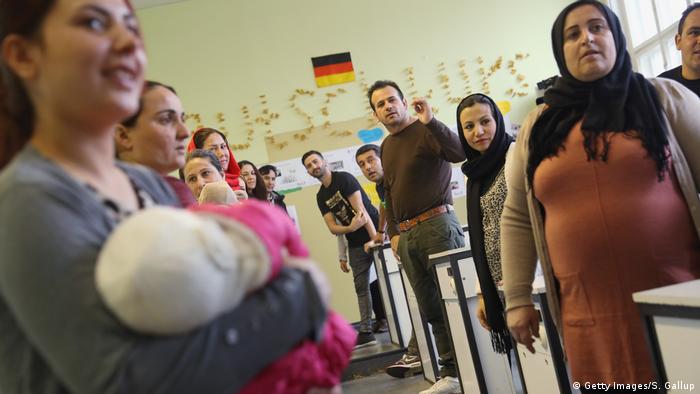 There has been a significant increase, by about a third, in attacks on foreigners living in Germany. There has also been an increase by around a third in alleged non-German crime suspects. But this has not been adequately reflected in media reports this year, a new German study finds.

Surprisingly, media coverage focused on the latter rather than the former, says Thomas Hestermann, Macromedia Media School journalism professor and head of the study. "The media are more likely to spotlight violent perpetrators from abroad," he says.

The professor told DW that he and his team analyzed 283 articles from four leading national German newspapers and 81 TV news reports published and aired between January and April 2017. 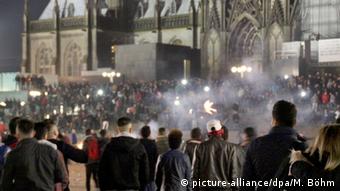 More than 1,000 women reported they fell victim to sexual assaults on December 31,2105 in Cologne

They noted a complete reversal in media attention since the mass sex assaults in Cologne on New Year's Eve 2015/2016, which were tied to the huge influx of refugees.

The media is - in varying degrees depending on the individual paper or broadcaster - generally taking a much "darker" view of the refugee situation these days, he says.

The most recent attack that made headlines in Germany involved a 26-year-old Palestinian asylum-seeker and alleged Islamist who stabbed one person to death, and injured several others, in a Hamburg supermarket. Federal prosecutors have taken charge of the investigation.

The Macromedia team found that compared to 2014, German news broadcasts this year aired four times as many reports on non-German crime suspects, even though criminal statistics show that crimes by non-German suspects have increased by a third.

Cliche of the violent migrant

Media attention to non-German crime suspects was already quite pronounced in 2007, Hestermann says. But he went on to say that this year, it has reached record proportions since the start of the long-term study.

The study found that broadcasters had 50 percent fewer reports about non-German victims of violence as compared to 2014. This is despite security authorities still recording attacks on refuge shelters. Sixty-four percent of reports about foreigners in Germany's mass-circulation Bild newspaper focused on those who were suspected of a crime. 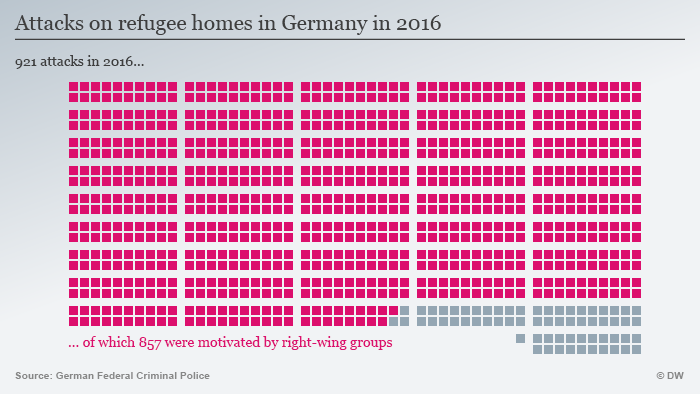 Such coverage gives people a distorted impression, and can easily fuel prejudices, Hestermann warns. "People can get the idea that integration is one big mistake."

The Federal Office of Criminal Investigation (BKA) only recently (2013) began to note the nationality of crime victims. It found that non-Germans are far more often the victims of violent crimes.

The media need to tell both sides of the story, "well- researched, honest - and they need to address failures and disappointments as well as success stories," Hestermann says.

In addition, the study found refugees themselves are rarely interviewed in any of the media that was researched. That might be due to language problems, he conceded, but was astonishing all the same. "Aren't German journalists curious?"

The Macromedia study comes on the heels of an earlier survey on the overall German media coverage during the period when around one million refugees made their way to Germany in 2015 and early 2016.

In July, a team of researchers at the Otto Brenner Institute published a critical study documenting massive media shortfalls, arguing that leading daily newspapers' coverage was one-sided and did not take an objective view of public policy. 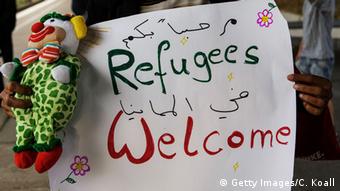 The mainstream media in fact applauded this new, welcoming side of the German public and government, and covered touching refugee stories, disregarding what many other Germans felt about the influx.

That study sifted through more than 30,000 newspaper reports and found journalists used what became known as the Willkommenskultur (welcoming culture) slogan to put moral pressure on citizens to contribute to the cause of helping refugees. According to the study, such coverage contributed to a loss of trust in the mainstream media.

"Islamic State" attacks in Paris and the 2015 New Year's Eve sexual assaults in Cologne led to a reduction in overnight visits in both cities. However, tourism may once again be on the rise. (22.02.2017)

Support for the anti-immigration AfD has been eroding, but not in eastern Germany. The right-wing populists remain a force in Mecklenburg-West Pomerania, which has fewer refugees than any other state. How can that be? (28.07.2017)