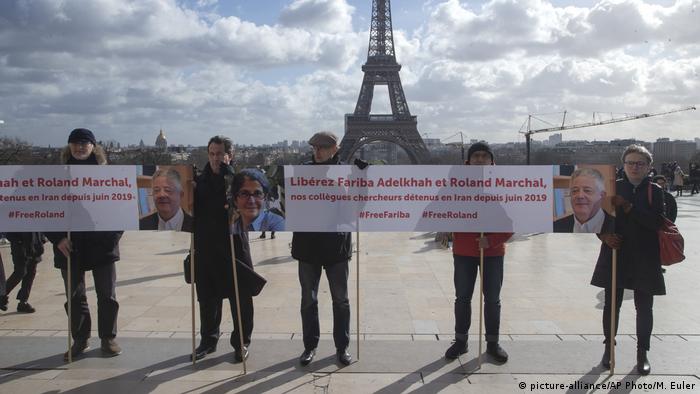 Marchal has been in prison since June 2019 when he was charged with "collusion against national security."

Marchal, who is a senior researcher at the Paris Institute of Political Studies (Sciences Po), is set to arrive in France around midday on Saturday, the official confirmed.

The academic's release came about after Iran and France agreed to swap Marchal and an Iranian detained by Paris over alleged violations of US sanctions against Tehran.

Dozens of foreigners and dual citizens have been detained by Iran's Revolutionary Guards — most of them on charges of espionage.

Last month, France demanded Adelkhah and Marchal be released, but Tehran had dismissed the call as foreign interference.

The family of a jailed British-Iranian woman says she has been taken to the psychiatric ward of a hospital in Tehran. The case has fueled tensions between Iran and the UK amid attempts to salvage a 2015 nuclear deal. (17.07.2019)