Iran's lengthy hosting of millions of Afghans has been praised by the UN's refugee agency, contrary to Tehran's image as sanctions-defiant. The UNHCR says Iranian generosity is an aspect "not told often enough." 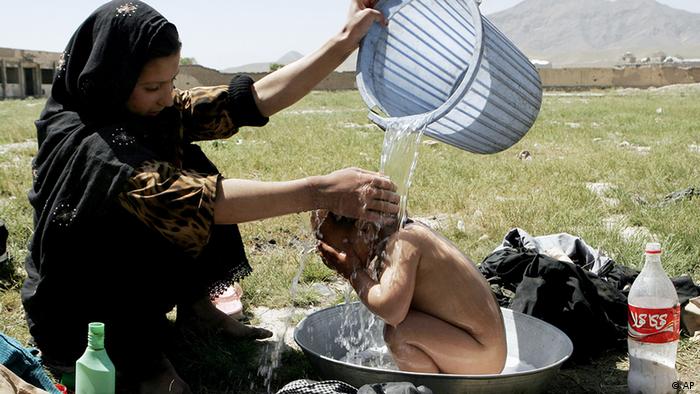 "In a world where you have multiple bad stories about hosting refugees, I think Iran is really a good news story," he said.

World media coverage of Iran normally focuses on its nuclear ambitions and its deal with six powers reached in 2015.

- Does the West have a skewed view of the Iran-Saudi conflict?

Dhanapala, a UN executive and Sri Lankan-educated jurist, told the news agency AFP that Iran had become a trendsetter by incorporating refugees into a government-sponsored health insurance scheme.

More than 350,000 Afghan children benefited, including 48,000 young "undocumented" residents who enrolled at school for the first time, said the UNHCR.

In total, one million Afghans are registered as refugees in Iran. A further two million are present, often subsisting as menial workers, according to non-governmental organizations, which also highlight harsh expulsions.

The HRW documented what it then called an "flawed asylum system" that had resulted in detentions and deportations to Afghanistan with "no opportunity for legal appeal." 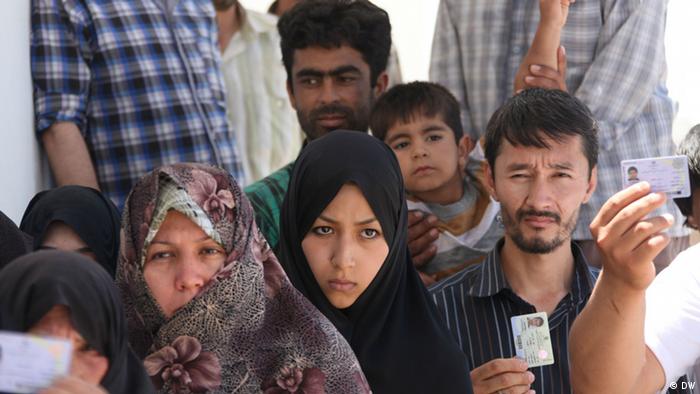 Afghans as they were deported in 2013

Refuge in Iran, then Europe?

Last year, the UNHCR said Afghans represented 21 percent of the new refugee arrivals in Europe. Many had lived in or transited Iran on their route west.

AFP on Thursday said Iran, whose economy is still battered by years of US-led sanctions over its weapons programs as well as mismanagement, still tried to discourage Afghans from settling down.

It quoted an Afghan professional and long-time Tehran resident as saying he still had to renew his permit every six to 12 months.

"For 36 years, I have lived in fear of my residency papers not being renewed and it has made life bitter for us," said the Afghan whose identity was not disclosed.

Another Afghan, a 40-year-old who fled to Iran when only 14 during the Soviet occupation of Afghanistan, said he had been "sent back a few times."

"Either you wait for a new visa or come illegally with traffickers," he said. "I don't use the traffickers - it's horrible."

Last year, the UNHCR profiled a visit to Iran by its newly appointed high commissioner Filippo Grandi, who told young Afghans at a tertiary training course that more investment in their future was needed.

"It's important to anchor them until the real solution - peace in Afghanistan - is achieved," said Grandi, referring to decades of conflict that have seen Soviet and US-led invasions and Taliban insurgency.

Foreign investors remain cautious, however, about trading with or placing commercial stakes in Iran, fearing unilateral sanctions initiated by the new US president Donald Trump.

Iran is one of six Muslim nations targeted by Trump in his latest bid to deny their citizens visas to enter the United States.

In 2016, most international sanctions previously imposed on Iran over its disputed nuclear program were lifted in exchange for curbing its nuclear development under a deal with six major powers in 2015.

The presidents of Afghanistan and Iran have agreed on a long-term cooperation pact, a move which experts believe could further strain Hamid Karzai's ties with the United States. (10.12.2013)

Over 1,000 fighters from Iran have fallen in Syria. Many of them were refugees from Afghanistan. They were persuaded to go to war for high wages and residence permits for their families. (26.11.2016)

Iran has experienced a dramatic increase in the number of homeless people in the past few years. Rights activists blame President Rouhani, who promised social justice during his election campaign, for the problem. (17.01.2017)

The situation along the border between Afghanistan and Iran remains tense as more and more Afghans, including soldiers, flee to escape the Taliban offensive.