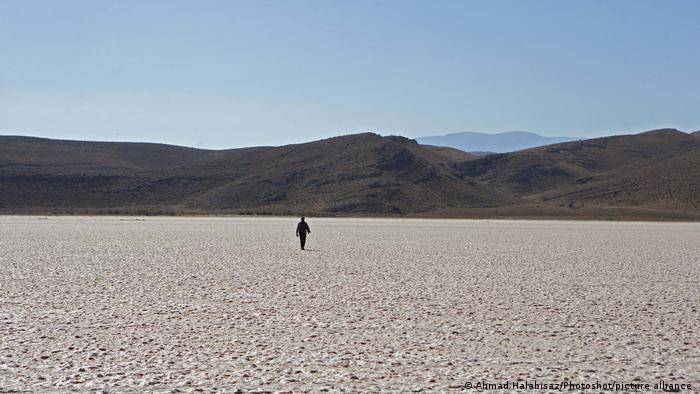 People in Iran's southwestern Khuzestan province are desperate. Suffering from drought and water shortages since March, they've taken to the streets in the last couple of weeks to express their anger with the government and its poor management of water resources. According to official sources, at least four men, including one policeman, have died in the protests. Authorities claim they were shot by "unknown rioters" in order to stir up trouble.

The Iranian government is very worried that the protests will spread. It has tried to disrupt communication between the protesters with repeated internet shutdowns, aiming to prevent photos and videos of clashes between protesters and the security forces from spreading.

But protests have already spread to other provinces; on July 23, a 20-year-old demonstrator died in the city of Aligudarz, in the western province of Lorestan. According to Amnesty International, as of that date security forces using live ammunition had already killed at least eight people in seven Iranian cities.

Local journalists have reported that additional security forces are being sent to Khuzestan. A delegation of representatives from the ministries of interior, energy and agriculture has also been sent to the province. The presidential chief of staff, Mahmoud Vaezi, told the state news agency IRNA that the delegation would be working with local authorities to "swiftly" resolve the problems.

"We've known about the problem of water scarcity and the threat it poses to national security for more than 30 years," said environmental expert Nik Kowsar. Currently based in Washington, D.C., Kowsar has been researching and writing critical articles about Iran's water management since the 1990s, including the government's plans for promoting economic growth with dam construction.

According to official figures, Iran now has 192 dams — around 10 times it did some 40 years ago. "The government is seeking quick solutions that promise short-term success. Critical voices are unwelcome, and are ignored," said Kowsar. "As, for example, when you point out that you shouldn't, on principle, build large dams in a dry country like Iran, because too much water evaporates from the reservoirs."

The head of Iran's meteorological service has said the months from October 2020 to mid-June 2021 were the driest in the past 53 years, and that the average temperature in the country has increased by 2 degrees Celsius (3.6 degrees Fahrenheit) since the late 1960s. Meanwhile, rainfall has decreased by as much as 20% in the last two decades. Yet in that period, Iran's Energy Ministry has built four new dams on the Karun River alone.

The Karun, which flows through Khuzestan, is Iran's largest and only navigable river — in theory, that is. It has now dried up. Today, the bridge that spans the 500-meter (1,600-foot) wide riverbed in the city of Ahvaz, home to some 1.3 million people, carries traffic over windblown dust. Thousands of years ago, the surrounding province was the source of the Persian culture due to its abundance of water. Now the whole province is parched.

The ISNA news agency, citing the parliamentary energy committee, reported last week that additional outlets of two major dams on the Karkheh and Dez rivers had been opened to alleviate Khuzestan's acute water shortage. The aim is to raise the water level in the province's rivers for farmers and their livestock, who have suffered weeks of drought and temperatures of up to 50 degrees Celsius. 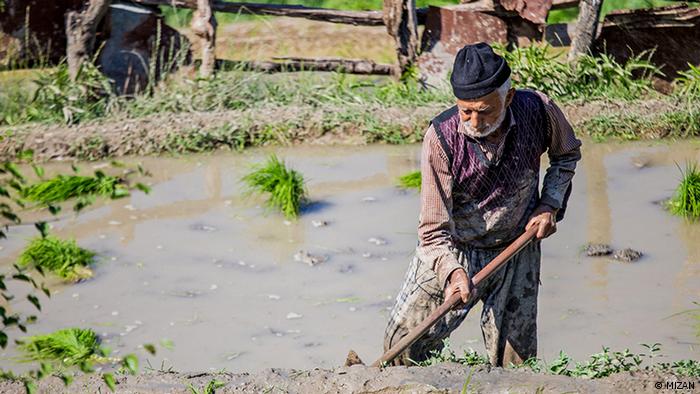 Environmental experts have said the current water shortage is also the consequence of a mistaken understanding of agriculture development and progress. The government continues to be focused on maximizing self-sufficiency, not least as a response to sanctions and pressure from abroad.

It has been promoting agriculture and allowing the digging of deep wells, which have exhausted the available water resources. The traditional crops in Khuzestan are rice and sugar cane, both of which require large amounts of water. Around 90% of Iran's total water consumption is used up by agriculture.

"There is no plan for systematic development that will increase the country's water resources while also regulating and optimizing its consumption," said Ali Nazemi, an assistant professor in environmental engineering at Concordia University in Montreal. "This despite the fact that the problems have been known about for almost 30 years."

In a paper published in late April on the website of Nature magazine, Nazemi and his colleagues showed how sharply Iran's groundwater reserves have declined over the past 14 years. The paper demonstrated that 76% of Iran's surface area suffers from excessive exploitation of groundwater reserves, above all by agriculture.

For years now, experts have been warning that some regions in Iran's south and east that are considered arid or very arid are in danger of becoming permanently uninhabitable. If this were to happen, millions of Iranians could be forced to move and start over elsewhere.

Kenya election 2022: What you need to know