Protesters shouted anti-regime slogans in online videos of a Tehran street march. Authorities say an "extreme drought" is the source of the discontent. 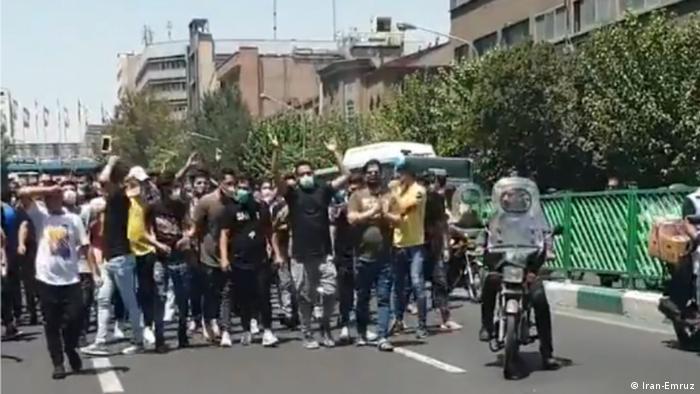 At least five people have been killedover the previous days during protests in Iran over water and power shortages.

Security in the country has been stepped up in recent months after rainfall fell by 50%, cutting hydroelectric power in addition to problems caused by US sanctions.

Demonstrators marched down Jomhuri Islami Avenue, accompanied by motorbikes and cars honking their horns to the chants.

The demonstrations were peaceful, but some in the crowd shouted "Death to the Dictator!", a crime that can lead to arrest and prosecution.

The semi-official Iranian news agency Fars said it was a "limited gathering" of "about 50 people," however unverified images on social media showed many more.

The ultraconservative news outlet said they had marched to "protest problems caused by power cuts" that affected nearby Alladin Mall and an area known for its electronics shops.

Iranꞌs power agency said that Alladin mall had been notified ahead of the two hour power cut for "excessive usage" with police stationed around the mall on Monday at 4pm (11.30 UTC).

State-run and semi-official media agencies reported that five people had been killed across the country amid days of protests. Activists say there have been more undocumented deaths.

Why are people angry in Iran?

The demonstrations were sparked off by water shortages in Iranꞌs southwestern Khuzestan province.

Blackouts have affected Tehran and other cities around Iran, with demand rising and the grid unable to cope.

Thousands of workers in the countryꞌs oil industry went on strike for better wages and conditions.

Iranian authorities are also under pressure fromthe spread of the coronavirus and US sanctionsafter it withdrew from a nuclear enrichment treaty.