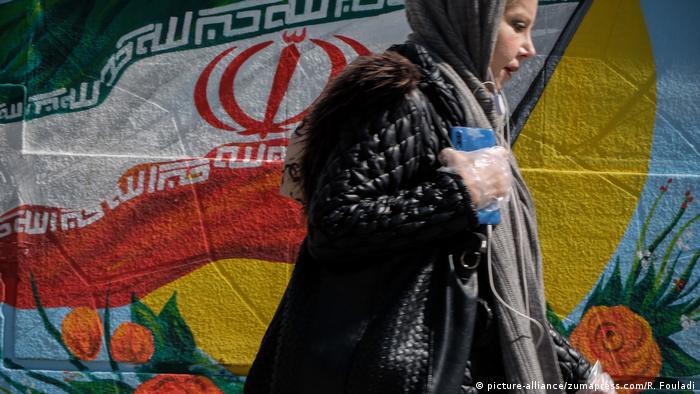 Iran's Foreign Minister Mohammad Javad Zarif announced in early July that China and Iran were in the process of negotiating a 25-year strategic agreement, aiming to work together more closely in the coming decades.

The agreement is apparently close to being signed, with The New York Times reporting on it in detail after obtaining a Farsi version of the document.The deal foresees not only an economic partnership worth billions but also close military cooperation.

China sees Iran as a major market for its commodities — and as a source of oil. Iran, for its part, hopes Chinese investments and its own exports will lessen some of the economic pressure of ongoing US sanctions.

Deal is the best way to preserve Iran's interests

Tehran's move toward Beijing is partly a reaction to the Trump administration's withdrawal from the 2015 nuclear agreement, said Hamidreza Azizi, a visiting fellow at the German Institute for International and Security Affairs. But the US isn't the only reason, he told DW: Tehran is also disappointed that the Europeans have not lived up to their economic commitments. 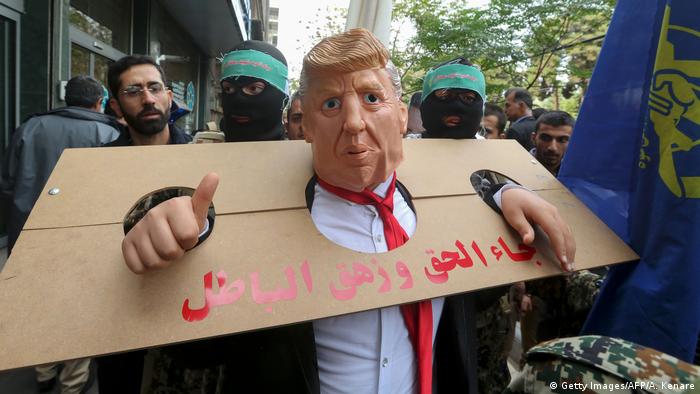 Azizi said China and Russia were the only two countries that had maintained their economic ties with Iran, leading the Iranian government to see expanded ties with these two powers as the only viable option to save its economy from collapse. At the same time, he said, Iranian politicians increasingly had the impression that US power and international standing had begun to decline under President Donald Trump.

"As such, their understanding is that the best way to preserve Iran's interests in the long run is to define frameworks for long-term partnership with 'non-Western' powers," said Azizi.

China has a very negative image in Iran

But Ali Fathollah-Nejad, a senior lecturer of Middle East and comparative politics at the University of Tübingen, believes Iran is negotiating from a weak position. Not only because the government is under immense economic pressure, he told DW, but also because the proposed cooperation has met with widespread disapproval in Iran.

Fathollah-Nejad, who also works as a nonresident fellow with the Center on Middle East Policy at the Brookings Institution, said the agreement runs counter to Iran's aims to establish and maintain independence from both Western and Eastern major powers, put in place after the 1979 Islamic Revolution. He also pointed out that China has a very negative image in Iran, where it has been omnipresent since the Europeans withdrew from the country under US pressure.

"Cheap Chinese products that have hurt the development of local industry, and China's role in the spread of the coronavirus in Iran, have both been targets of disapproval," he said.According to research by British broadcaster BBC, however, the Iranian airline Mahan Air operated more than 100 return flights to China in February and March, despite such flights being banned at the time. 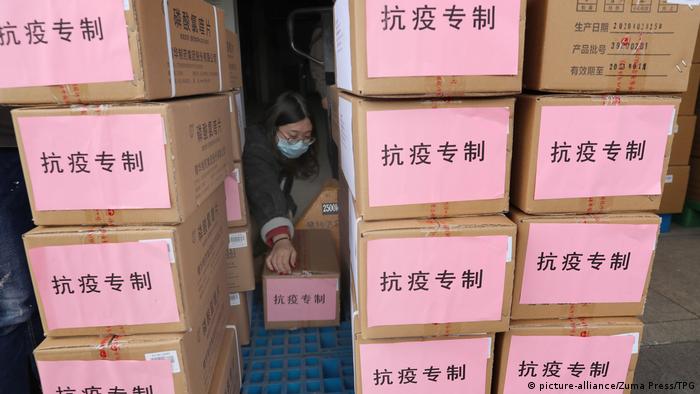 As the pandemic raged through Iran, China sent medical supplies

What both have in common: Repressive regimes

Human rights organizations have accused the governments of both countries of committing serious human rights violations, with Amnesty International (AI) describing the way both regimes treat dissidents in almost identical words. AI has also criticized the justice systems in both countries, calling them unfair and arbitrary.

"As far as repression goes — offline or online — China is an important purveyor and inspiration for Iranian autocrats," said Fathollah-Nejad. He said it's no coincidence that the biggest advocates of Tehran moving toward an "Eastern" geopolitical orientation have come from the most authoritarian segments of the country's power apparatus.

"They see China as a kind of great savior that will guarantee the regime an economic lifeline for years, if not decades, while standing side by side with Iran politically and diplomatically as it opposes 'Western imperialism,'" he said.

A boost for authoritarianism?

Together with Russia, Iran has resolutely supported Syrian President Bashar Assad throughout the country's civil war — and China has consistently backed their actions at the UN Security Council. Would a greater cooperation between Tehran and Beijing lead to repercussions elsewhere, boosting other authoritarian regimes?

Azizi doesn't think so, pointing out that such regimes don't need outside affirmation. For world powers, he said, the importance of the Middle East has always stemmed from its geopolitical situation and its natural resources.

"[World powers have] publicly called for democracy and human rights in the region … [but they've…] never really cared about how Middle Eastern leaders rule their countries, as long as they continue to have favorable relations with those powers," he said.

As example, he points to Arab countries around the Persian Gulf, which have always been ruled by authoritarian monarchies. He said foreign powers have never had a decisive role in establishing democracy and human rights in the region.

"Those authoritarian governments cannot be more authoritarian, regardless of the composition of their foreign partners," he said.

Iran enriches uranium as the West watches on

US border officials under fire over mistreatment of Haitian migrants