Iran's spiritual leader is worried about his country's low birth rate. Political measures aimed at helping people juggle work and family life haven't made much of a difference. 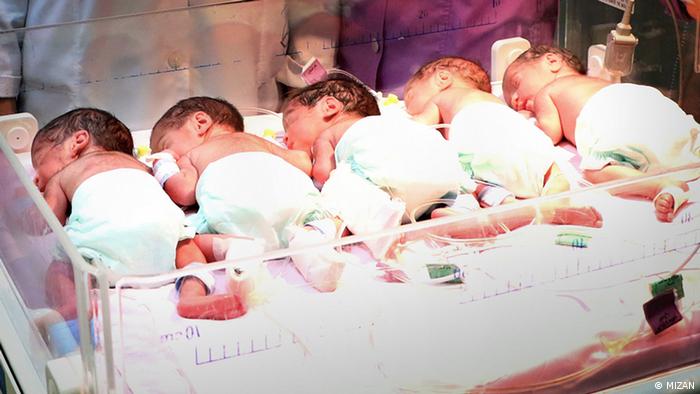 "I don't want a child," said Sarah, an Iranian woman who's been happily married for eight years.

"Having a child is a lot of responsibility that I don't want, perhaps because I haven't yet recovered from the constant competition in my own life," the 38-year-old, who lives in Tehran and works for a food company, told DW.

For Sarah, money isn't a problem. She counts herself among Iran's "baby boomer" generation, born after the 1979 revolution. Back in the 1980s, Iran's birth rate was one of the highest in the world, with the population growing at an explosive rate.

In 1979, the country had 37 million inhabitants. Family planning was the rule — the population even dipped slightly in the previous decade. But religious revolutionaries at the time rejected family planning as un-Islamic — they envisioned a powerful, populous, Shiite-dominated country in the Middle East. During the long bloody war against Iraq in the 1980s, Iranian authorities actively encouraged women to have babies. 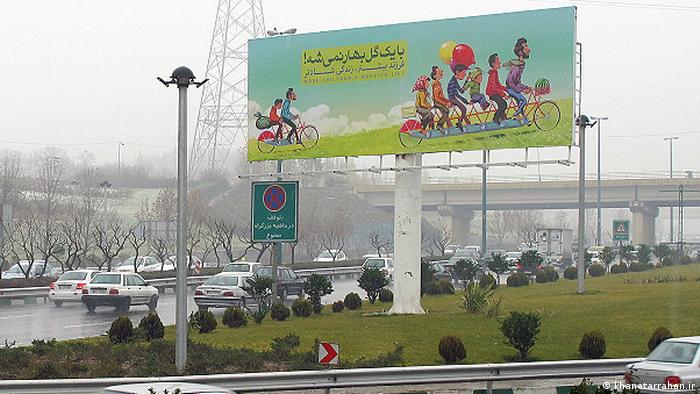 Sarah and her three siblings were born during those years. "We had a nice, big house with a garden," she said. "But outside our home everything was scarce. Kindergartens and schools didn't have enough space for our generation. The schools organized lessons on a shift basis to accommodate all the students."

That was only the beginning, she said, adding everyone knew there would be fierce competition for every spot in university, for every job. "I still have a feeling of insecurity. I'm afraid that someone more qualified might get my job," she said.

In vitro fertilization in theocratic Iran

Iran's population has more than doubled in the last 41 years, from 37 million to 84 million people. With that growth came a realization among politicians that the country's education and health systems were overtaxed, and that sorely needed investments had been lacking during the war with Iraq. In December 1988, the Supreme Court paved the way for a modern program to promote family planning when it declared the practice was perfectly compatible with Islam.

The new program foresaw families with an average of three children. The government promoted the distribution of modern contraceptives, and made counseling and education available across Iran. The plan worked: By 2010, the average number of births per woman had dropped from 5.1 to 1.7, a figure that has essentially remained stable to this day.

Supreme Leader Ayatollah Ali Khamenei has long criticized the low birth rate in the Islamic Republic. The spiritual leader wants the population to grow to 150 million, and in 2012 he enforced a turnaround in the country's family policies that cut off funding for family planning education and contraceptive services. Two years later, Khamenei declared the increase of the country's birth rate to be a strategic goal.

Since then, a number of family-friendly measures have been introduced, including an extended maternity leave of nine months. Pregnant women are free to take sick leave whenever necessary, with a simple medical certificate, and access to loans and jobs has also been facilitated for families with children.

The measures have been accompanied by a massive propaganda effort in state media and institutions, including universities. However, they haven't been enough to convince young people to change their minds, in a country where the average age is almost 31. Many young people just can't see having a large family with several children.

A mass exodus from the countryside to already overcrowded cities, continuing US economic sanctions and a persistent drought that has lasted 30 years — many Iranians are struggling. And like Sarah, they simply can't imagine bringing children into the world under such circumstances.

When Ayatollah Khomeini took power in Iran in 1979, he harshly persecuted critics. Maryam Zaree was born in a prison for political opponents. With her film "Born in Evin," she sets off to break the silence of the past.

Homeless children at risk in coronavirus outbreak in Iran

As the coronavirus spreads rapidly, Iran's government has called on people to remain at home. Officials have not put forth a plan for the country's unhoused children.