Iran's first official matchmaking site has gone online to encourage the country's millions of singles to marry. It is part of an effort by Tehran to nearly double its population and stem a fall in marriages. 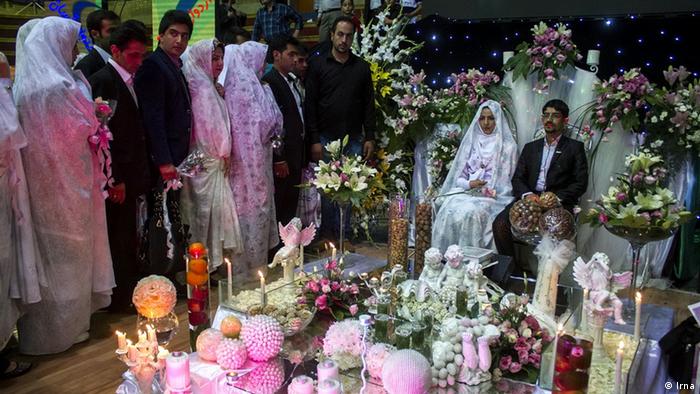 The hamsan.tebyan.net - or "find your equal" - website had been trialed for a year before being officially launched on Monday.

It is aimed at combating marriage fatigue among young Iranians feeling hamstrung by economic factors as well as a conservative society with strict social conventions. The aim is to facilitate 100,000 marriages over the next 12 months.

The government has stressed that it is not a dating website - which are banned in Iran - but that it will operate by using a network of matchmakers - clerics and professionals with a good reputation, such as doctors and teachers - to try to pair people off.

"We face a family crisis in Iran," Mahmoud Golzari, a deputy minister for sport and youth, told reporters at the unveiling of hamsan.tebyan.net in Tehran. "We have high demand for marriage and 11 million bachelors who are increasing every day," he added.

As well as stating their hobbies and level of education, those looking for the perfect match have to state their religion, and women have to say what their preferred type of Islamic dress is.

If a potential match is found, family meetings and psychological testing ensue to try to ensure the two are compatible. 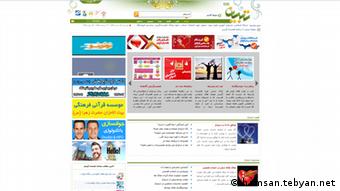 It is not a dating website, the government insists

The site is part of a plan initiated by Supreme leader Ayatollah Ali Khamenei to boost Iran's population of 80 million to nearly 150 million by 2050. Last year, he encouraged the government to think about ways to improve the birth rate.

The government has since reversed policies to control its population growth, by cancelling subsidies for condoms and birth control pills and eliminating free vasectomies.

Iranians are increasingly putting off marriage with the national average age for tying the knot now standing at 28.1 for men and 23.4 for women. In Tehran it is higher, at 30.6 and 26.7 respectively.

Despite the ban on dating websites, around 350 operate illegally in Iran. Millions of young adults also use Facebook and other social media sites, which are also not allowed, to hook up.

No lifting of sanctions on Iran before end of 2015, says German diplomat

World powers and Iran might well miss their June target to reach a nuclear deal, France's ambassador in Washington has said. There will be no sanctions relief before the year is up, according to his German colleague. (26.05.2015)

Iranian-American Naghme Abedini has been fighting for her husband's release from an Iranian jail. He is a Christian convert accused of founding "underground churches." Such institutions are gaining popularity in Iran. (20.05.2015)