Mortgage lender Quicken Loans on course to keep its outsized role in Detroit | Business | Economy and finance news from a German perspective | DW | 14.08.2020

Quicken Loans, America's biggest mortgage lender, has successfully gone public on the New York Stock Exchange despite the economic impact of COVID-19. It's the story of a tech-obsessed disrupter with a heart for Detroit. 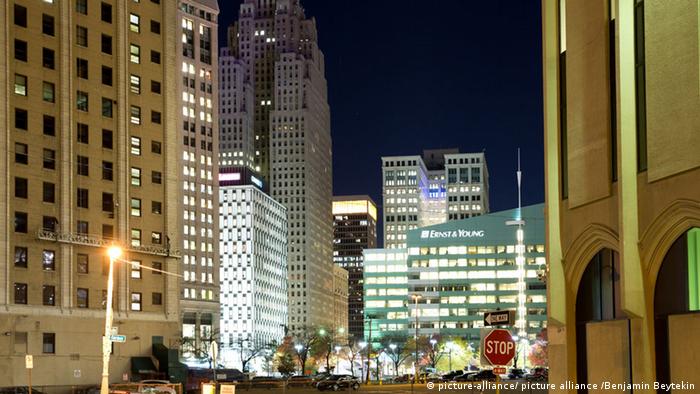 Detroit's most dynamic business has nothing to do with building cars or making music. Still Quicken Loans, now a subsidiary of Rocket Companies, is a part of life for millions of families across the country since it has been the biggest residential home mortgage lender in the United States since 2018. With around 9% market share it puts more people in new homes than competitors like Wells Fargo or JPMorgan Chase.

The company started out as a traditional brick-and-mortar lender in 1985. Back then most people got mortgages to buy houses from their local bank as there were hardly any other options. But co-founder Dan Gilbert believed in the power of technology and soon saw that the internet could bring together a fragmented market.

By the late 1990s they were offering direct-to-consumer online loan applications. Whereas competitors did paperwork from a network of branch offices, Quicken worked from a single central office and was able to offer mortgages in all 50 states. Soon the company with its low overhead began to swallow up market share from traditional banks. 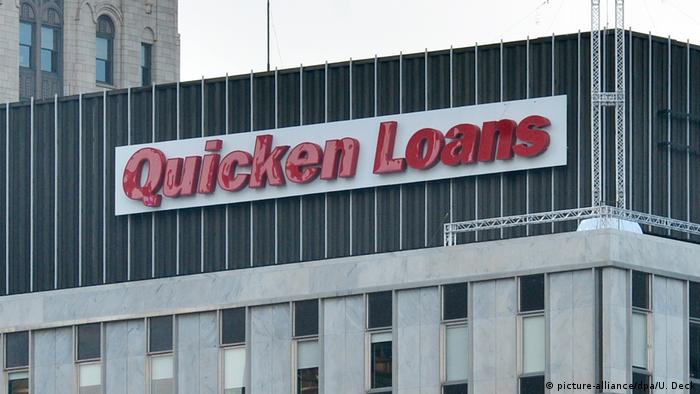 Quicken Loans in now part of Rocket Companies, but still based in Detroit

But it was the 2007-2010 housing crisis that bumped the company to the next level. Quicken did not deal in subprime mortgages and as competitors fell, Quicken was there to take up the slack. Since then they have expanded into real estate services, personal lending and used-car sales.

A recipe for online success

On August 6 the company went public with a big initial public offering (IPO) on the New York Stock Exchange as part of Rocket Companies, Inc. By the end of the first day shares were up 19.5% making the IPO worth $1.8 billion (€1.5 billion). At one point the company had a market capitalization of $46 billion.

As comparison, Detroit's other behemoth, General Motors, is worth around $40 billion.

Rocket Companies is more than just Quicken Loans though. It is a holding company for a number of personal finance and consumer service brands started by Gilbert like Rocket Homes, Rocket Loans, Rocket Auto, Rock Central, Amrock, Core Digital Media, Rock Connections, Lendesk and Edison Financial. In all the group employees around 20,000 people in the US, the vast majority in Detroit. 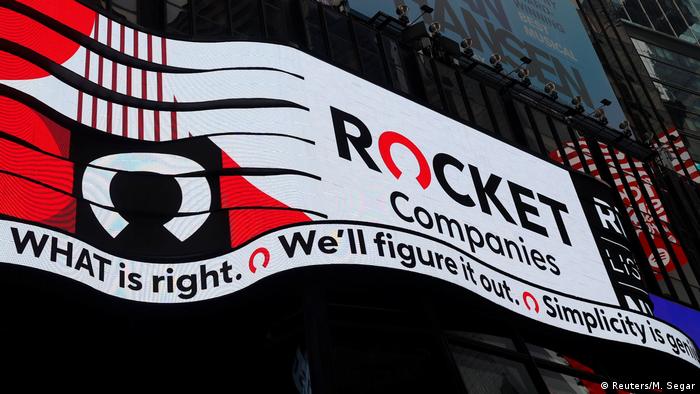 Last year the company closed $145 billion in mortgages and booked a $893 million profit on revenue of more than $5.1 billion. According to the company it has "provided more than $1 trillion in home loans since inception."

Despite going public, Dan Gilbert, who is still chairman of the company, will remain at the reins since he controls 79% of the new company's shares in an unusual structure with four tiers of stock with different voting rights.

Before the IPO, Gilbert's net worth was estimated by Forbes to be $7.5 billion. Now he has skyrocketed into the stratosphere of billionaires with an estimated $34 billion in his pocket. Yet only recently things didn't look nearly so rosy.

In May 2019, then 57-year-old Gilbert suffered a stroke and spent a long time in rehab. Since then it has become clear that he suffered partial paralysis and hasn't been seen in public much. 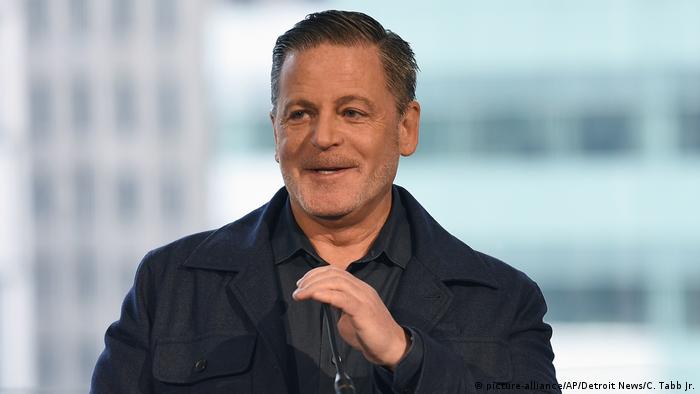 Yet the timing of the IPO in the middle of the coronavirus pandemic was a surprise to market watchers, especially since their huge cashflow means they don't need to turn to the markets for support.

For many observers, the answer seems clear: It is a natural planning process for a mature company most likely sped up for health reasons. "There were a lot of speculations about Gilbert's health last year so one could argue that this was an approach to give the company legs beyond the founder," Marcus Collins, a marketing expert at the Ross School of Business at the University of Michigan, told DW.

Gilbert himself has repeatedly said that one of the main reasons to go public was to offer the company's employees a chance to own part of the company — either through stock option incentives or through purchase.

A Detroiter through and through

A native of Detroit, Gilbert has been a bonanza to the city in the past decade and committed millions to its resurgence. In 2010, going against the current he moved his company headquarters from nearby Livonia, Michigan, to downtown Detroit. It was a major confidence boost for a city down on its luck. Now the group is the city's biggest employer and tax payer.

Even with Rocket Companies trading on the New York Stock Exchange, Gilbert remains committed to Detroit. Most visibly he has kept full control of his real estate company Bedrock, which owns more than 18 million square feet (1.67 million square meters) of space spread across dozens of buildings in Detroit.

"The character of the city — its grit, resilience and fortitude — gave the company mythology for the brand and its founder. This has been a part of the storytelling mechanism by which Quicken Loans evangelizes itself to the market — both locally and beyond. It is quite powerful," said Collins. 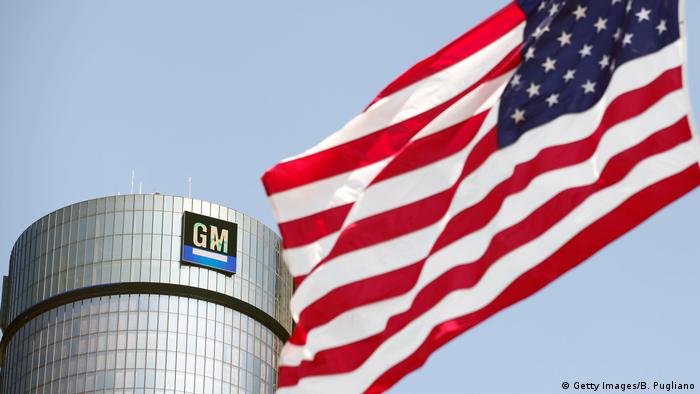 General Motors, the other big-hitter in Detroit

Still the relationship is more than just a bit of storytelling. This spring as COVID-19 was spreading Gilbert turned his efforts to help the city cope with the growing pandemic. He announced his companies will match any employee donation to relief funds and he would waive all rent, building expenses and parking fees in April and May for all business tenants. At the end of May, he announced a new program to waive rent through the end of the year in exchange for 7% of gross sales.

And despite some local setbacks "the company has poured resources, dollar, infrastructure and people into the city, which has served as the catalysis to the 'comeback' story of the city," concluded Collins. Only time will tell if investors are as moved by his story as Detroiters.

When the Dodge brothers died in 1920, they left behind a manufacturing behemoth that had sales of $161 million. The company was later sold and went through many changes, but the name Dodge is still part of Fiat-Chrysler.