10 years on, what might cause the next financial crisis? | Business| Economy and finance news from a German perspective | DW | 11.08.2017

10 years on, what might cause the next financial crisis?

Massive money printing to restart the global economy after the financial crisis has blown an even bigger bubble. Ten years after the last crash, are we due another one and will it be worse? 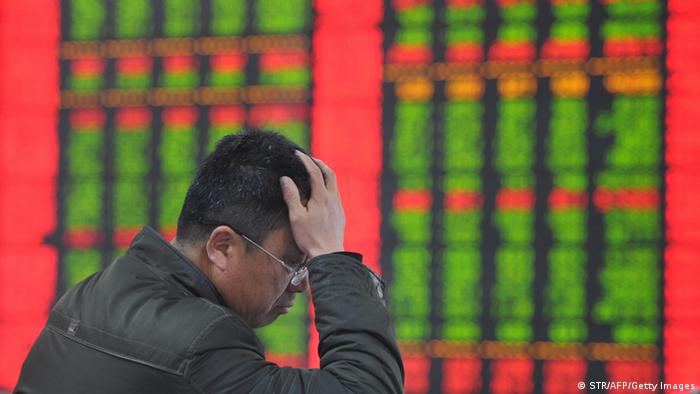 Despite US Federal Reserve Chair Janet Yellen saying last month that another financial crisis on the scale of the crash that enveloped the world in 2007/8 was unlikely "in our lifetimes," several respected stock market commentators believe a new disaster could happen within months rather than years.

Jim Rogers, co-founder of the privately owned Quantum group of hedge funds, told the news website Business Insider in June that a stock market crash would happen "later this year or next." In a separate interview with the business channel CNBC, longtime Swiss investor Marc Faber, who has been nicknamed Dr Doom, predicted some stockholders would "lose 50 percent of their assets" during what he described as an "avalanche" of selling.

Both investors have accused policymakers of kicking the can down the road by not addressing structural weaknesses in the global economy following the last financial crisis. The Great Recession, as it became known, was triggered by a fall in the US property market which led to mass defaults in the subprime mortgage market, which offered housing loans to high-risk consumers. It then developed into the worst international banking crisis since the Great Depression of the 1930s.

In an attempt to avoid a collapse of the financial system, the US central bank and others printed trillions of dollars by way of Quantitative Easing (QE) schemes, money which has been pouring into stock markets and other assets including property ever since. The Fed's huge spending spree has led to record-high prices and complaints that the gains by most asset holders - in other words the richest 5 percent - haven't filtered into the real economy.

Other analysts have pointed to other triggers for a possible new crash, including China's heavily indebted economy, to which the rest of the world is increasingly interlinked, or a potential crisis caused by large-scale defaults on student loans in the US. 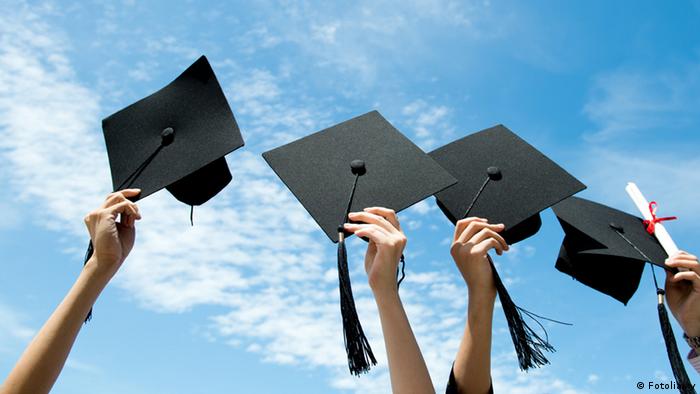 Eleven percent of US federal student loans outstanding are severely delinquent or in default, according to government figures

According to the Financial Times, the American student loans market is now bigger than spending on credit cards and car loans at $1.4 trillion (1.19 trillion euros), thanks to an increase in university admissions and tuition fees. The FT warned that 8 million of the 44 million student loan recipients are currently in default, a problem that is likely to worsen amid a lackluster economic recovery.

Read more: Ten years after the financial crisis - what have we learned?

Although other financial analysts aren't so bearish about the immediate prospects for the global economy, they do agree that the current dependence on QE and ultra-low interest rates to keep economies growing is unsustainable.

"We're reliant on high asset prices and continuing to inflate those asset prices, coupled with high levels of consumer borrowing, and that's a bit of a toxic mix which leads to financial instability," Fran Boait, executive director of the London-based campaign group Positive Money, told DW.

Formed in 2010, Positive Money is fighting for reforms to fractional reserve banking - where lenders only have to hold a fraction of the money they lend to cover liabilities - which it says has led to the current weaknesses in the financial system.

Last crash continues for many

Boait argues that many countries have never really gotten out of the Great Recession; it's just that policy makers don't perceive what happened since as an ongoing crash.

"It's part of a long drawn-out crisis, where living standards are falling, real wages are falling and the majority of people's lives are getting harder," she said, adding that the public can clearly see the disconnect between their own lives and the financial and property markets being kept "pumped up" by QE. 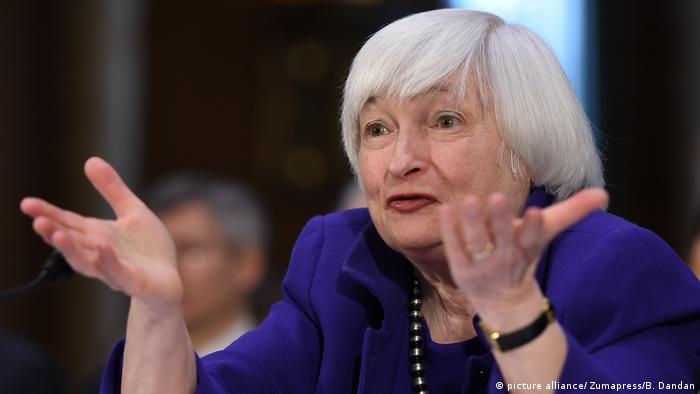 Economist Iain Begg from the London School of Economics thinks a new financial crisis is unlikely for now, due to attempts by regulators to improve surveillance of the entire financial sector, rather than just individual institutions.

"Yes, low interest rates are again fueling credit across the major economies. But the credit boom has not been as targeted as it was in the US in 2007, particularly with subprime housing loans," he told DW.

Begg cautioned that policy makers would need to exercise "extreme vigilance" to prevent the build-up of new economic stressors. He described how many countries have stepped up measures to ensure financial stability, which he said would allow debt problems to be tackled before they get out of control.

While he doesn't see any "red flashing indicators" at present, the LSE's Begg told DW there is currently a "wildcard" of uncertainty around when and at what pace the US Federal Reserve will unwind QE.

Because it is the first time that the unconventional monetary policy has been used, the rollback of QE - which also has allowed the Fed to keep interest rates at record lows for several years - could create its own economic turbulence.

Having been used to keep the U.S. economy on life support, the ending of QE could bring about a new recession or at least a slowdown, which several market watchers think would leave the Fed with no option but to launch a repeat of the QE program.

"Having learned how to use it, they won't hesitate to deploy it again. Whether that is a poisoned chalice by keeping interest rates well below what we regard is normal, and creating new problems for the future, is something we don't have the data on. We have so little experience," Begg warned.

Positive Money, which supports the idea of debt jubilees and so-called money printing "for the people" to help bring down record levels of private debt, foresees a much larger bubble if QE is repeated.

"Central banks are out of ammunition. All they would be able to do is more QE - which makes the rich richer and increases the price of assets. We need alternatives because it's clear that these tools aren't working anymore. We can't kick this can down the road for that much longer," Boait told DW.

Rising interest rates are another risk that could precipitate an economic slowdown or even a property crash in several markets including the US, Germany, the UK and several Asian countries, as borrowers - who have become hooked on low rates - struggle to cope with the increased cost of living. 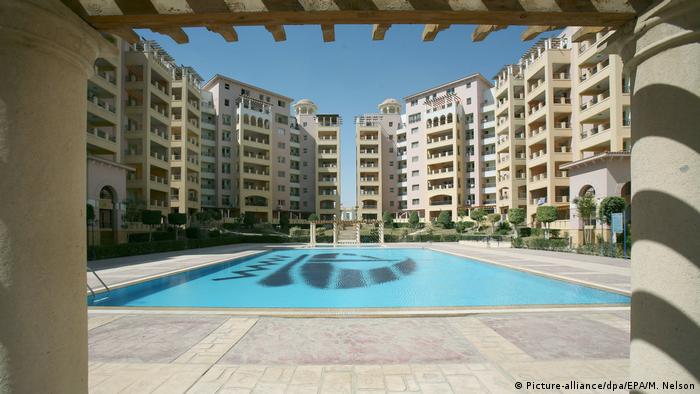 Property bubbles have formed all over the world, thanks to low interest rates and loose mortgage lending

"If you've taken out a highly geared mortgage and get hit with a doubling of your interest rate, from 1 to 2 percent, then there's more to fear than if interest rates rise from 5 to 6 percent. It's pure arithmetic," the LSE's Begg told DW.

In another area of the economy, growing concerns about protectionism in light of US President Donald Trump's pledge to bring back American jobs and other possible economic restraints - like Brexit - could knock business and consumer confidence, and become the trigger that brings about a new crash. In that case, the Germany economy - which relies heavily on car and other manufacturing exports - could be affected.

"What we've learned from previous crises is that they're always different from the previous one," said Begg, giving an example of the latest car financing model, where consumers lease their new vehicles on short-term contracts instead of buying, that are then sold on after two or three years.

Some analysts have predicted that the second-hand car market could in future collapse under a mass of nearly-new vehicles for sale. Others warn that the car loans business threatens to be a repeat of the subprime housing crisis, as high-risk consumers continue to take on large amounts of credit.

Begg warned: "It could be that something that you're not looking at comes up and bites you in the leg. And that's something we should be more fearful of, than expecting more of the same that we saw in 2007/8."

The number of wealthy people in the world's second-biggest economy has grown exponentially over the past decade, according to a new study. But the increase in the private wealth market is expected to slow this year. (20.06.2017)

Federal Reserve Chair Janet Yellen has told the US Congress that interest rates will not have to rise much further. Politicians are concerned that three rate rises have taken place amid an uneven economic recovery. (13.07.2017)