The number of wealthy people in the world's second-biggest economy has grown exponentially over the past decade, according to a new study. But the increase in the private wealth market is expected to slow this year. 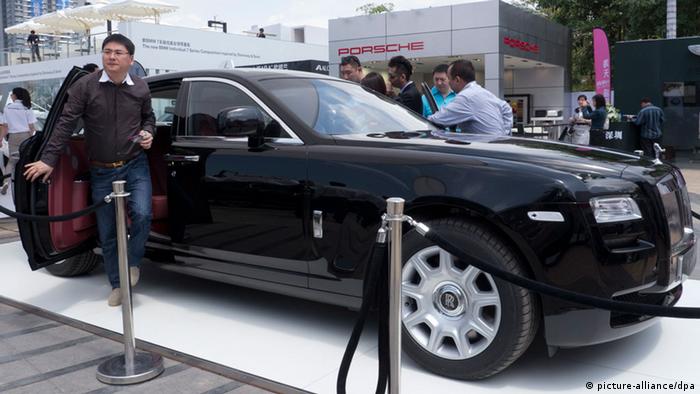 The number of high net worth individuals (HNWIs) in China has risen nearly 9 times in the last decade, a private survey released on Tuesday showed, as strong growth in the world's second-largest economy has spurred wealth creation.

The top destinations for overseas investment were Hong Kong, the United States, Australia and Canada; although Hong Kong's popularity fell 18 percent and the United States dropped three percent from 2015 to 2017.

Respondents said their top three reasons for investing overseas were to diversify investment risks, to capture market opportunities of overseas investments and to migrate.

Rapid economic growth in recent decades has led to a massive rise in private wealth not just in China, but across the Asia-Pacific region.

A study released by the consultancy Capgemini last year showed that the number of millionaires in the region was growing steadily.

Read: Chinese investors chase 'golden visas' to the US

There were 5.1 million people in the Asia-Pacific region who own more than a million US dollars each, Capgemini's report stated. That marked a 9.4 percent rise in the number of millionaires in Asia, making it the continent with the most super-rich people globally, knocking North America from the top position.

But the latest report by Bain Consulting and China Merchants Bank expects the growth rate of China's private wealth market to decline to 14 percent in 2017, to a total size of 188 trillion yuan.

The pace at which Chinese millionaires are generated is also about to slow down, with the report projecting a growth rate of 18 percent this year, down from the 23 percent surge the country saw between 2014 and 2016.

China's economic expansion has slowed down in recent years, with GDP in 2016 growing by about 6.7 percent, far lower than the double-digit increases it had recorded previously.

The number of millionaires in the world's second largest economy has gone up rapidly, a new study has shown. Private wealth has predominantly been boosted by people's investments in domestic equities. (16.06.2015)