When the Dodge brothers died in 1920, they left behind a manufacturing behemoth that had sales of $161 million. The company was later sold and went through many changes, but the name Dodge is still part of Fiat-Chrysler. 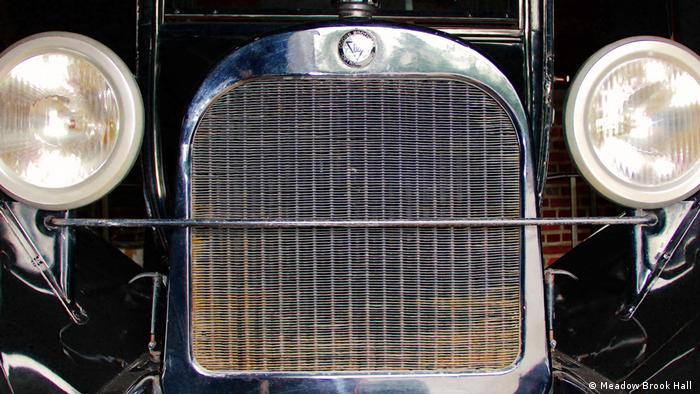 Most of the thousands of US automotive startups in the past 120 years failed to even get off the ground. Others rolled along for a while and then sputtered out. Very few brands are still around from the early days. One of the few is Dodge Brothers, which has been making headlines for 106 years.

At a time when horse-drawn carriages still were a common sight — even in Detroit — brothers John and Horace Dodge were keen to make horseless carriages motor along. They started a machine shop in 1900 and were soon supplying Ford with nearly all its moving parts. Never satisfied, they wanted to do something new, something bigger. 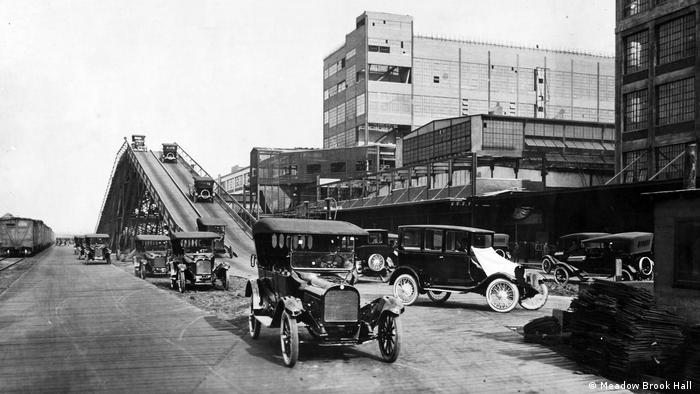 Dodge Brothers' test track with hill, Hamtramck, Michigan 1915. They were the first vehicle manufacturer to have their own on-site testing capabilities

The brothers founded their own automobile manufacturer on July 1, 1914. Without any outside investors they started with one vehicle, a five-passenger touring car without a solid roof. Six years later a palate of 145,000 vehicles left their Hamtramck, Michigan plant.

The company was flexible enough to make either right- or left-hand-drive vehicles, which they sold around the world. They survived a downturn during World War I by selling vehicles to the US military and making specialized parts for artillery guns.

Stories made the rounds of John crash-testing cars into walls himself or throwing tires off of buildings to see how they bounced. Other stories told tales about drunken carousing and bar fights.

Whatever the gossip, the Dodges turned their knowledge of machine making into an enormous business that grew each year. It was a Cinderella story that ended tragically in 1920 when both brothers died. 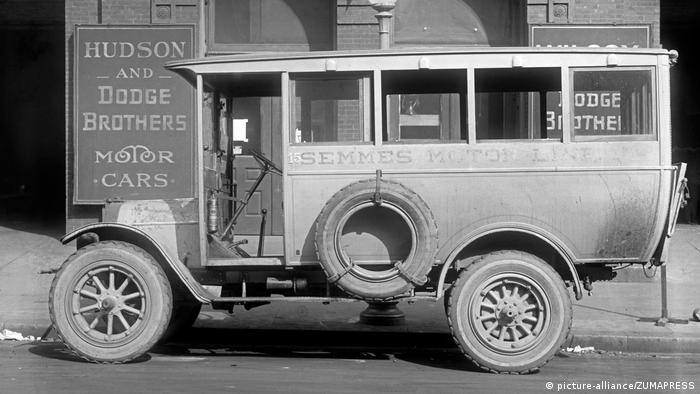 They were simple and honest machinists from rural Michigan. "They were exacting; they were fair; they demanded a lot, and they gave a lot in return," concluded Frederick J. Haynes who had known the brothers for 20 years and took over as president of the company after John died.

"We can only speculate on what the Dodge brothers might have accomplished had they lived another 10 or 15 years. One intriguing piece of evidence suggests that they were preparing to follow Henry Ford's lead in producing the raw materials needed for their automobiles," wrote Kim Zelinski, a Dodge expert at Oakland University's Meadow Brook Hall, in a tribute to the brothers.

With the founders gone, Dodge Brothers faced its biggest challenge. But the company was in good working order. It had modern facilities and the men in charge had worked under the Dodge brothers and shared their values. By 1920 the plant had grown to 3.3 million square feet and the company made five different models for $1,085 to $1,850. They also sold chassis (without any body) and two different commercial vehicles. 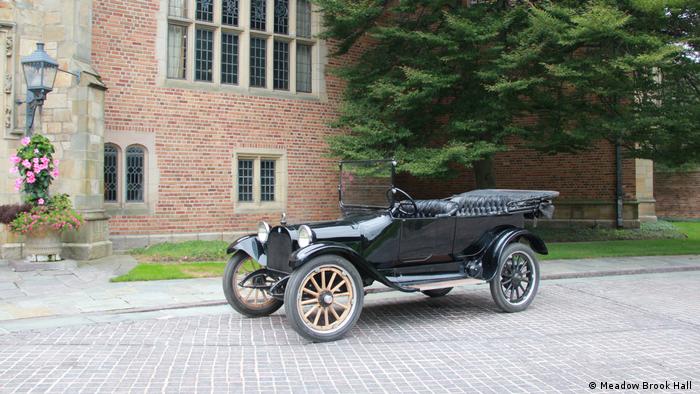 On July 1, 1920, the company made its 500,000th automobile. Nine years after it started operation, the one-millionth vehicle rolled out of the factory in December 1923. Some improvements after 1921 included a stronger frame, better seats, one-piece windshields, windshield wipers and the addition of a heater. As a testament to the company, 60% of the original Dodge dealers were still selling the cars in 1925. A year later, 90% of all Dodge Brother cars "were still in service," according to the company.

Sale of a lifetime

Without anyone in the family to take over, the widows of the Dodge brothers put the company up for sale in January 1925. Between them they owned or controlled 499,990 out of the 500,000 shares. Only two offers were considered: GM and investment banker Dillon, Read & Company. Backed by a syndicate of bankers, Dillon, Read & Co. won with their all-cash offer. The deal was closed on May 1, 1925, when a certified check for $146 million was delivered. It was an astonishing amount for a family-owned company that was only 11 years old.

A New York Times article quoted bankers involved in the transaction who said that such large deals usually involved the exchange of securities and not cash, calling the Dodge Brothers sale "the largest cash transaction for a single industrial unit in the history of American finance." 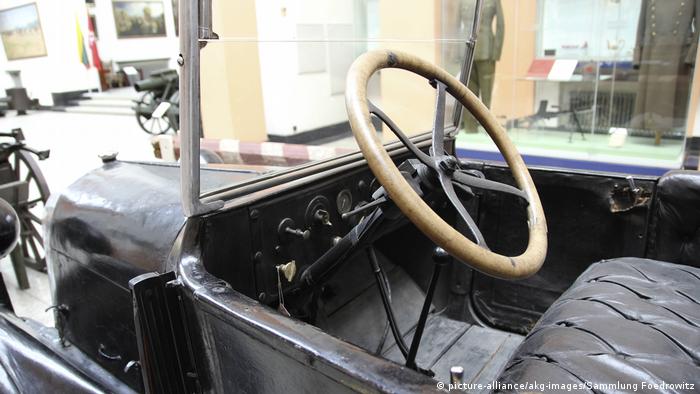 Dillon, Read officially reincorporated the company in Maryland and put their own people in charge, despite issuing a statement at the time stating they intended to run the company "as an independent corporation, without change of policy or personnel or management."

These new, inexperienced managers invested heavily and pushed the company to go upmarket and cut costs, even if that meant buying engines from outside sources. They also bought Graham Brothers, a successful truck-maker.

But the company wasn't meant to be upmarket and was soon struggling. In July 1928, the Dodge Brothers company was sold again, this time to Walter P. Chrysler for $170 million. For Chrysler Corporation it was a way to tap into a huge dealer network and more manufacturing capability. For Dodge Brothers it was the end of independence; now it was just a division of another company.

The reorganization also meant that GM, Ford and Chrysler-Dodge would account for around 75% of passenger vehicle manufacturing in the US. It was the birth of the "Big Three," as Automotive Daily News declared on June 4, 1928. It was also the death knell for most independent automakers. The Great Depression and World War II would do the rest to entrench the Big Three, which dominated global production until the 1970s.

A legacy worth reflecting on

Thought Chrysler changed "Dodge Brothers" to just "Dodge" in 1930, the original nameplate and logo were still in limited use until 1939. Their plant, later called "Dodge Main," ran until 1980. Today the Dodge name lives on as part of Fiat-Chrysler. Yet its founding principals are gone. It is no longer a family business, its simple structures replaced by layers of management spread across the globe. 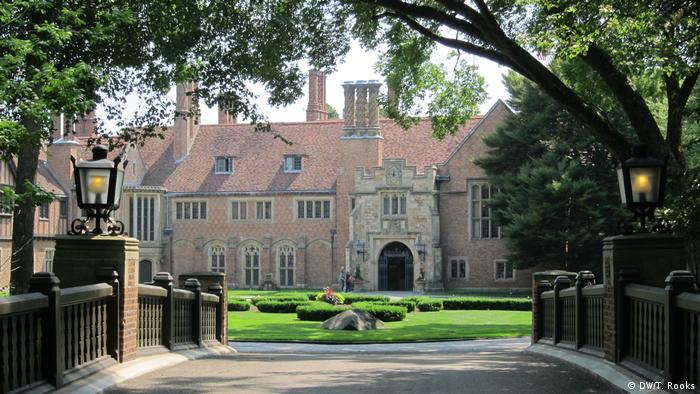 The Dodge Brothers did not shamelessly promote themselves like Henry Ford, which is why today they are mostly known to classic car collectors or students of Oakland University, which was founded by John Dodge's widow Matilda. Meadow Brook Hall is the keeper of the Dodge flame

When the brothers were in charge, John held up the business side by working with suppliers, directing sales, advertising and finances. Horace designed the products and many of the machines they used. He organized and managed production and plant layout. The shop floor was his domain. John once declared: "There isn't a man working in our shop whose job, if he were to choose to leave it, my brother or I couldn't take up and finish." No matter how big the company got or how rich they became, the brothers knew their business inside out.

When either John or Horace Dodge spoke of the company, they usually said "my brother and I" and returned mail unopened if it wasn't addressed to Dodge Brothers. "They would not accept letters sent to either of them as individuals or mail sent to 'Messrs. Dodge,' or to 'the Dodge Factory'," wrote Charles K. Hyde in "The Dodge Brothers — the Men, the Motor Car, and the Legacy." They were simply inseparable companions and businessmen. 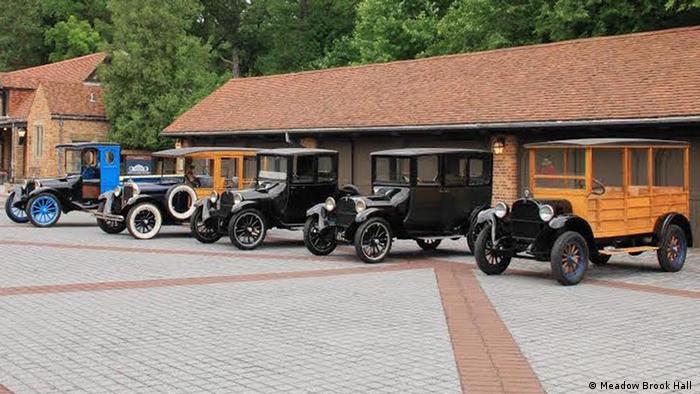 The brothers fully owned the company, never once borrowed from banks and were their own men. At the same time they were humble enough to hire trusted managers to help them. They were financially conservative and not interested in manipulating stocks, playing with debt or other finance tricks used by Henry Ford or William Durant and Alfred P. Sloan at General Motors.

As John once said: "There is no twilight zone of honesty in business. A thing is right or it's wrong. It's black or it's white."

The Dodge brothers were straightforward men who ran a huge company as if it were still a tiny machine shop with a dozen employees. They were workaholics, did business on a cash basis and constantly plowed money back into the company. Their main focus wasn't making money, but making quality vehicles. Simplicity was their recipe for success. It's a recipe that many could learn from even in 2020, a century after their deaths.

What will our world be like once the COVID-19 pandemic has died down? The history of the Spanish flu and current futorology research provide some clues. (27.04.2020)

Peugeot and Fiat Chrysler have said the plan will result in €3.7 billion in savings, allowing them to work on creating more sustainable vehicles. The new company will be a 50-50 merger of the two. (18.12.2019)