Shark in a sweater: Sergio Marchionne′s legacy at Fiat Chrysler | Business | Economy and finance news from a German perspective | DW | 24.07.2018

After bringing Fiat back from the brink, boss Sergio Marchionne was looking for another challenge and audaciously took over Chrysler in 2009. Amazingly and against all odds, he was able to turn both leviathans around. 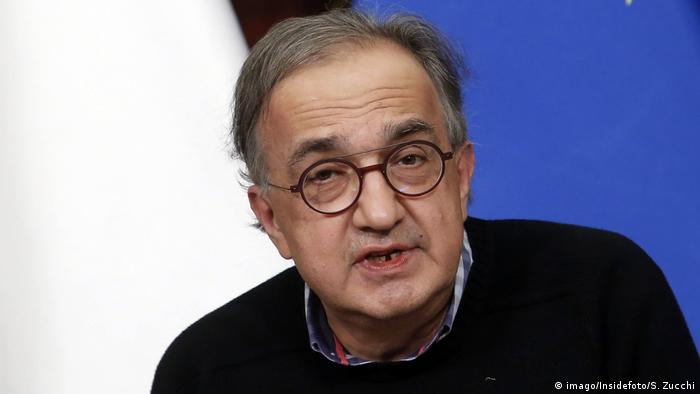 It was an unusually macabre tribute to his importance at the helm of one of the world's largest automakers: Shares of Fiat Chrysler and Ferrari dropped in Monday trading, after it was disclosed over the weekend that CEO Sergio Marchionne was stepping down immediately for health reasons.

Chrysler has had its share of impressive bosses over the years — among them its founder Walter P. Chrysler and the charismatic Lee Iacocca — as did Fiat with Gianni Agnelli, but few were as hard working as 66-year-old Marchionne, who joined the Italian company in 2004. He bet big and most of his gambles paid off.

But Marchionne was not only head of this industrial behemoth, he also separately led spinoffs Ferrari and CNH Industrial, a maker of busses and industrial trucks and equipment — all three of which are controlled through the Agnelli family's holding company, Exor.

His sudden departure could expose a lack of younger talent within the company. At the very least, it's a lesson in not putting all of your companies in the hands of one — albeit very talented — manager.

"He taught us to think differently and to have the courage to change, often in unconventional ways, always acting with a sense of responsibility for the companies and their people," said John Elkann, grandson of Gianni Agnelli and head of Exor, in a statement.

Fiat Chrysler Automobiles (FCA) is a complicated business. It is registered in the Netherlands and headquartered in London and includes 14 brands like Alfa Romeo, Chrysler, Dodge, Fiat, Maserati, Jeep and Ram. At the end of 2017, it had 159 plants in over 40 countries throughout Europe, North and South America, India and China; 236,000 employees and €111 billion ($130 billion) in net revenues on sales of 4.7 million vehicles, according to company numbers.

Chrysler's own history is no less complex. It was a stand-alone business from 1925 until 1998 when it was taken over by Daimler. After the promised synergies failed to materialize, the Germans stepped aside in 2007. As the 2008 financial crisis shrouded the world economy, the company was in dire shape and many predicted its implosion. In the end, the US government was forced to step in with a bailout. Bankruptcy filings followed. At the same time, talks about a takeover were underway and in 2009 Chrysler was taken over by Fiat, itself still in critical condition.

Without any money actually changing hands, Marchionne was able to convince the company and the US government that its offer to bring in synergies and new technologies was enough to acquire the company. Detroit's Chrysler was once again in the hands of foreigners and Fiat gained access to Chrysler's dealer network.

Despite this alluring business rationale, the predicted implosion was now broadened to include not only Chrysler but also take down Fiat and its quixotic leader.

Marchionne was born in Italy but moved to Canada with his family when he was 13. From there he went on to work for companies in Canada and Europe before joining Fiat. Famous for wearing sweaters instead of a suit and tie, he was at ease in both Italian and English. This particular set of languages and cultural sensitivities made him a perfect fit to turn Fiat from the butt of jokes — "Fix It Again Tomorrow" — into something people outside of Italy actually wanted. Suddenly they were not only reliable but the Fiat 500 was even cool. He saved Italy's biggest industrial group from bankruptcy. 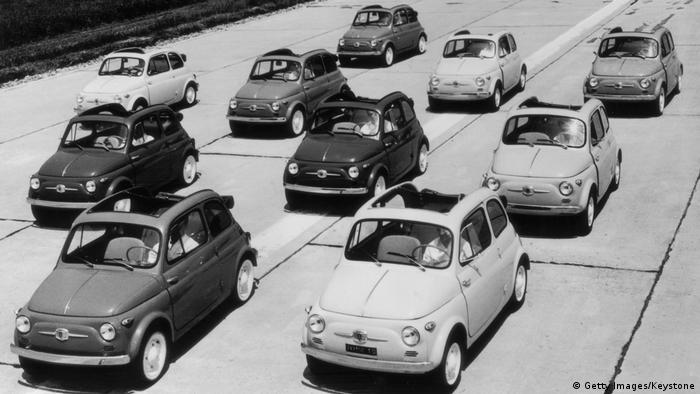 At the combined company, he dove in and slashed costs, reduced the number of vehicle platforms and refocused on SUVs. And where Daimler failed with Chrysler, Fiat was able to be a real partner and share research and development costs and manufacturing facilities. This time the Italian-American synergies actually worked.

In one of his more bold moves, in 2005, he forced General Motors (GM) to pay $2 billion in cash to cancel a "put option" in order to buy its way out of any alliance. Otherwise Fiat could have forced GM to buy its entire auto division.

During his 14 years at the helm, Fiat's market value has increased dramatically. The combined Fiat Chrysler's stock price has nearly quadrupled since 2014 and its profit margin is higher than its two American rivals, Ford and GM.

"When he took over Fiat it had a market capitalization of roughly $7 billion, including Ferrari. No one had much hope for Fiat then. When the US government went looking for someone to take over Chrysler during the great recession, Sergio was the only one who raised his hand to take it. No one had any hope for Chrysler then. Today, FCA and Ferrari combined have a market capitalization of roughly $70 billion. That's an impressive achievement," industry expert John McElroy told DW.

"He stepped up when no other automaker thought Chrysler could survive and turned it into a cornerstone of a profitable, global company," agreed Mark Phelan, Detroit Free Press auto critic.

The show goes on

On Saturday, after an emergency board meeting, the company announced that Mike Manley, the head of the Jeep brand since June 2009, would take over the vacated CEO position. He has held various positions within the company after first joining the firm in 2000 when Chrysler was still a part of Germany's Daimler.

In a press release, the company tried to reassure investors of a smooth transition. "Mr. Manley and his management team will proceed with the implementation of the 2018–2022 Business Plan as presented on 1 June this year, a plan that will further assure FCA's strong and independent future." The business plan was Marchionne's, but not everyone agreed with the new CEO decision and Alfredo Altavilla, the company's head of European operations, announced his immediate departure. 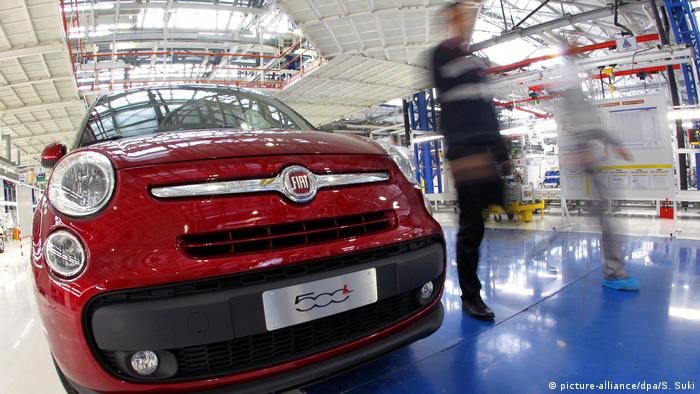 The reimagined Fiat 500. A trendy two-door, four-passenger car that hasn't changed much on the outside since the original

Although Marchionne was reportedly planning to step down in early 2019, his departure leaves a hole at a time when the company's problems are no small matter. "There's lots left to do, but the company, its workers and customers are better off today than most would have believed possible before Marchionne arrived," said Phelan.

Among other issues, the company — like all other global carmakers — will have to keep an eye on supply chains in the face of growing trade tensions. The export and import of cars worldwide may also still prove to be problematic or at least expensive.

Additionally, not everything Marchionne touched turned to gold. "Reintroducing the Fiat brand to the US market hasn't worked. Reviving the Alfa Romeo brand globally is going through fits and starts. FCA was recently fined for cheating on diesel emissions. It was caught cheating on its sales numbers. And its labor executives were caught bribing union officials to get a better labor contract," McElroy told DW.

FCA will release its second quarter earnings on Wednesday, but these figures naturally belong on Marchionne's ledger. Whether Manley has the easy charm and work ethic of his predecessor, or if he will be accepted by both his American and Italian colleagues as easily as Marchionne was, remains to be seen. 500 was Marchionne's lucky number. Mike Manley will need just as much luck when he places his bets. Car companies of the future are a world away from Fiat's and Chrysler's humble beginnings and need a sharp vision.

Italian-American carmaker Fiat-Chrysler has joined an alliance to develop self-driving vehicles. The project has been led Germany's BMW Group, Intel and its Israeli subsidiary Mobileye and is open to more partners. (16.08.2017)

The move greenlights the creation of the world's fourth-largest carmaker. The new firm will have the capacity to produce 8.7 million cars a year.