Detroit slowly climbs back up on its feet | Business| Economy and finance news from a German perspective | DW | 01.06.2017

Detroit slowly climbs back up on its feet

Detroit was the city that America forgot. But half a century after riots and revolution drove its population away, sinking the city into financial ruin, the famous Motor City is staging a comeback, reports Maya Shwayder. 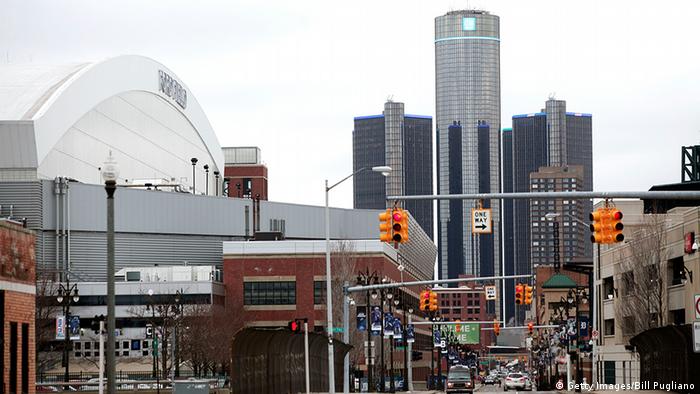 There is a variety of contradictory adjectives one could use to describe Detroit: Booming and depressed, up-and-coming and run-down. The famous Motor City, home of Motown, Techno, Eminem and so many legends of jazz music and the arts, is nothing if not resilient.

"From the standpoint of the national narrative, Detroit was the murder capital of the world, and now it's the phoenix rising from the ashes," said Jack Lessenberry, a political commentator, historian and head of the journalism department at Wayne State University in the city. "The city is alive and in some ways better than it was: the downtown is fine, but six blocks over it's a different story."

This study in contrasts persists as Detroit continues to diligently - if not always efficiently - dig its way out of the hole created by half a century of economic depression, political corruption, and racially-charged problems. The summer of 2017 marks 50 years since the 1967 riots - an event that many historians consider to be the watershed between the old, prosperous Detroit and the blighted city that most people think of today. The consensus: Things are looking up! There is still a long way to go.

"Detroit is like a seven-month premature baby that survived birth, but is in an incubator," said Lessenberry. 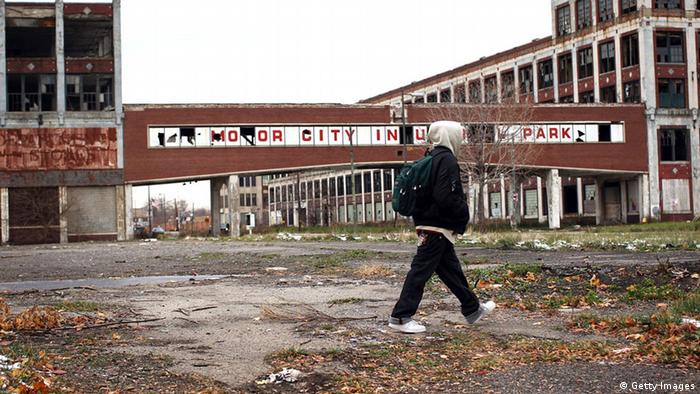 The city filed for bankruptcy in 2013, making it the largest municipal bankruptcy filing in the history of the US. The population had fallen from 1.8 million to under 700,000. At its peak in 2009, unemployment was at 25 percent.

Glass half full, glass half empty

The narrative of Detroit as a phoenix rising from its own ruin is partly true, said Charles Ballard, professor of economics at Michigan State University.

As of January 2017, the unemployment rate in Detroit was around 10 percent - twice as much as the state as a whole, according to the Detroit Free Press. Yet the Bureau of Labor Statistics also reported a 2.1 percent increase in job growth over the past year, a higher rate than the nation as a whole.

"Going through the bankruptcy and hitting the reset button allowed the city to reinvest in core services like police and fire and public lighting," said Mary Kramer, Group Publisher at Crain Communications, which owns Crain's Detroit Business, one of the leading business publications in Detroit. "There was a crisis. People came together. We were able to right the books. We gave the city a fresh start."

Kramer had a positive outlook for the future, especially with the unveiling of the brand new "QLine," a new tram system the city inaugurated on May 12. Detroit, being the Motor City, has almost no public transportation, and the QLine was the city's $180 million first step in changing that. "You're already seeing investment north of where the QLine ends," Kramer said. "And it's grassroots too."

"There's a lot of glass half full, glass half empty," said Ballard. "We've added more than half a million new jobs since things bottomed out seven years ago. But we're still a third of a million jobs below where we were in 2000. Per capita income in Michigan is higher than it's ever been… [but] now we're 11 percent below the national average. In an average year in the 50s and 60s, we were maybe 12 or 13 percent above the national average."

Michigan may not hold the electoral clout of its neighbor Ohio, but the state has the reputation for being solidly "purple" - that is, a deep mix between the red right-wing Republicans and blue left-wing Democrats. And despite turning blue for Obama twice, the state flipped and went red by a narrow margin in the 2016 presidential election - approximately a little more than 10,000 votes, which amount to a fraction of one percent of the Michigan vote. 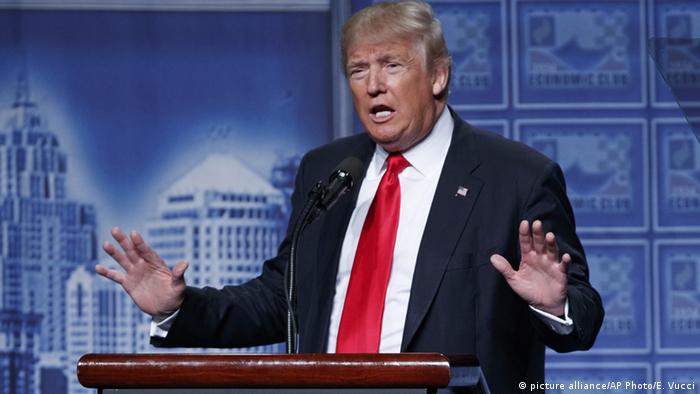 During a campaign speech in Detroit, Donald Trump told the African American community that everything about Detroit was horrible, and that they had nothing to lose by voting for him.

"I don't think he had an accurate image of modern Detroit," said Kramer. "I think his view was 10 or 15, maybe even 20 years old, when jobs and investment were fleeing the city."

On election day, Detroit very solidly voted for Democrat Hillary Clinton. But nearby counties did not.

"There's just a lot of disaffection out there," said Ballard. "There is, in much of the Michigan public, a yearning for 1956. A metaphor that I have used is that too often we in Michigan have our eyes in the rearview mirror, instead of focusing our eyes on the road ahead."

"In Michigan there were hundreds of thousands of white uneducated workers who lost an assembly line job," said Lessenberry. "All those were jobs where you could make $90,000 a year. People are hoping Trump will give them something. I'm surprised someone hasn't done what Trump did before."

Trump tapped into this nostalgia and this disaffection masterfully, Ballard said. "He said 'I'm going to bring manufacturing back.' And that's not going to happen. At least, not to the extent he claims."

Detroit gets its kick back

Outside of Trump's rhetoric and outdated vision of Detroit, the real reason so many jobs are not coming back is a simple one: automation. The big car companies that once ruled the city are too far invested in their new machines to revert to the analog, human way of doing things. The future of the city's business lies elsewhere. 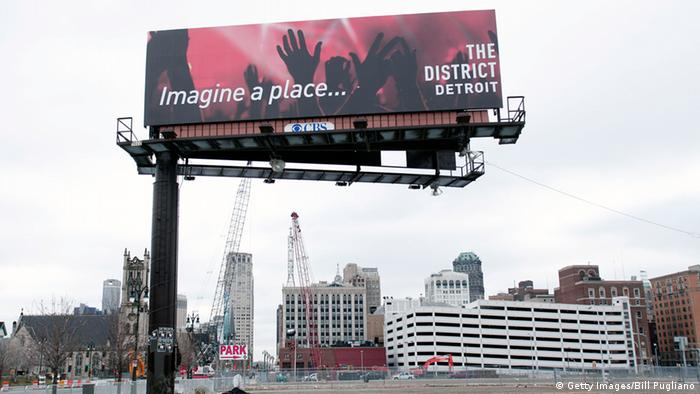 Real estate developers and new business owners around Detroit are more than just bullish on the future of Detroit, they are downright enthusiastic.

Tom Lewand is the CEO of Shinola, the leather goods and watch company that has become one of Detroit's most recognizable new brands. On the decision to found the company in Detroit as opposed to any other, less bankrupt city (Shinola started in 2011, just before Detroit declared), Lewand said a lot had to do with Detroit's legacy as a city of manufacturing, but also the desire to be a job creation vehicle.

"When Shinola started in 2011, it made sense to start a company that is about job creation in an area that needed jobs, and Detroit was at the top of the list of those that could use some," Lewand told DW. "You have folks in Detroit who, a few years ago were delivering pizzas or working in non-related jobs." 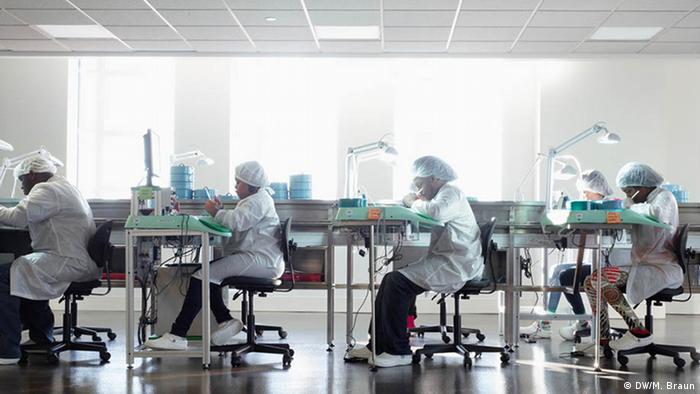 The Shinola watch factory today employs 625 people, 330 of them in Detroit, recording sales of more than $100 million (112 million euros) in 2015. They've sold watches to the likes of former Presidents Obama and Clinton.

Just a few streets over from the Shinola headquarters, Dan Mullen, the president of Bedrock real estate, has nothing but a positive outlook for the Motor City. Mullen used to work with Dan Gilbert, the Quicken Loans founder whose name rolls off of people's tongue in Detroit faster than any other. Gilbert is credited with single-handedly revitalizing Detroit's core neighborhoods after purchasing lots of downtown real estate beginning in 2010. Today Mullen is building on Gilbert's work, literally. Bedrock now owns more than 90 properties and 15 million square feet (1.4 million square meters) of real estate along the Woodward corridor.

"Detroit is finally getting its kick back, and we're just helping get things started," Mullen said. "I don't see a ton that's holding Detroit back other than I still think America needs to wake up and see how great Detroit is." Mullen said his biggest goal right now is just to "build faster." 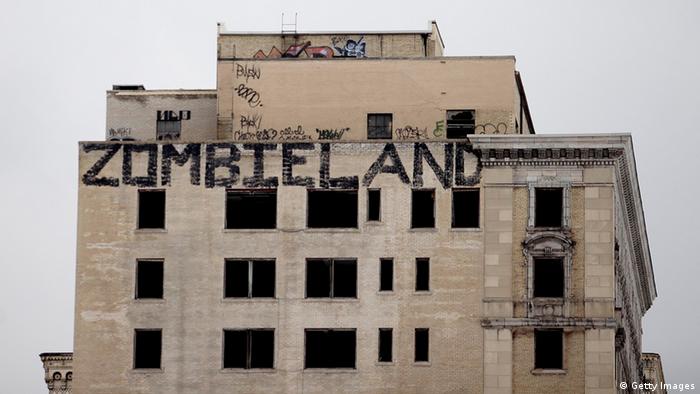 Detroit is struggling with over 78,000 abandoned homes across 140 square miles

Assisting in this faster building are two private, non-profit government partners who function as real estate-cum-community development-cum-economic development companies: The Detroit Economic Growth Corporation, which has helped in the build up and revitalization of the Midtown neighborhood, and the Michigan Economic Development Corporation, which works to attract new businesses to Michigan and those in the state grow.

"In the past six years we've been able to generate $5 billion in new contracts," said Steve Arwood, CEO of the MEDC, which is responsible for the "Pure Michigan" posters that has become the state's flagship advertising campaign. "We know where we were in 2008, 2009 and 2010, and no one wants to go back to that."

And maybe in the end, some manufacturing will return to Detroit. According to Peter Chapman, executive vice president for business development at the DEGC, a major auto supplier recently announced plans to invest $100 million in a new manufacturing facility in Detroit, and employ 700 people.

"We recognize that we still have a lot of issues to address within the city, but we are moving along the right trajectory," said Chapman.