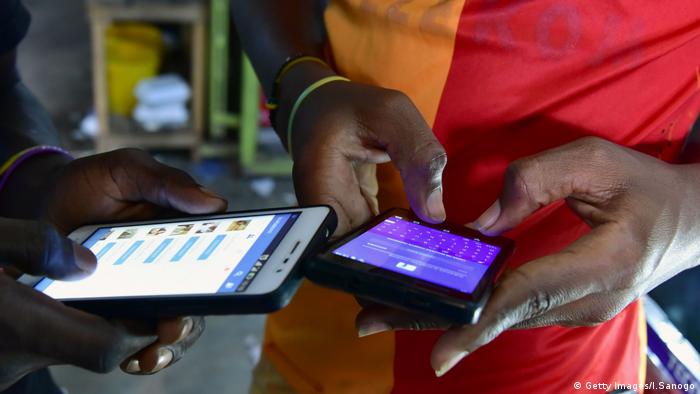 "At first I thought my cell phone had been hacked or something was broken," says a DW correspondent who reported from Mali about last Sunday's presidential elections. Social networks were suddenly unavailable; in many African countries, this is almost par for the course in the days leading up to elections. Critical websites suddenly go offline, communication apps send error messages.

According to the organization, Internet without Borders (ISF), this was also the case during Mail's presidential election. ISF relies on data from an international observatory that checks the regional accessibility of certain websites and apps several times a day. According to this data, WhatsApp and Twitter, among other apps and sites, were not available for several hours on election night. It was suspected that the sites were closed on the orders of the government.

But African internet users not only struggle with temporary shutdowns around election time, or during large demonstrations. Government agencies in countries such as Rwanda, Uganda and Cameroon routinely censor certain online content. 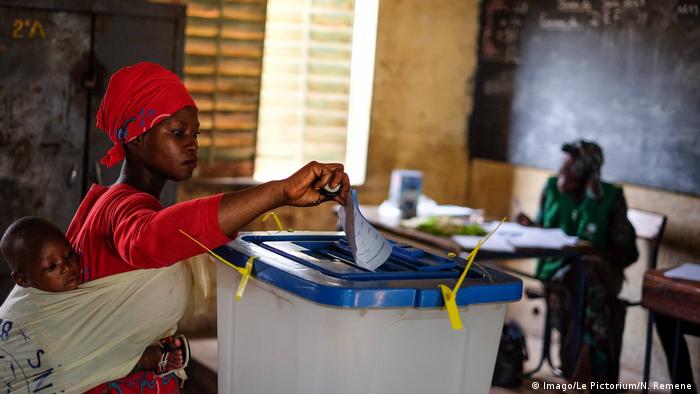 "There are a couple ways to block and filter online content," says Mai Truong, a network expert at the US-based non-governmental organization Freedom House. But unlike China, which is considered the world leader in internet censorship, no African country has the technical means to monitor the entire internet.

"In sub-Saharan Africa we see that the authorities often direct the internet service providers, ISPs, to block a blacklist of URLs," Truong explains, thus blocking certain websites at the provider level.

This is particularly successful where internet providers are state-owned or have close ties to the government. According to studies by the University of St. Gallen, Switzerland, this is the case in several states in sub-Saharan Africa. And according to Truong, authorities more often resort to a less technical form of censorship: the deletion of previously published content. The police coerce website operators into removing critical texts and comments, says Truong. Those who do not cooperate are threatened with legal consequences. The leads to a climate of fear and self-censorship.

Governments are also increasingly trying to make the use of online services and social media more difficult generally. Uganda, for example, introduced a social media tax at the beginning of July. Since then, access to apps such as Facebook or WhatsApp has only been available to those who pay around 50 cents per day to their internet provider. 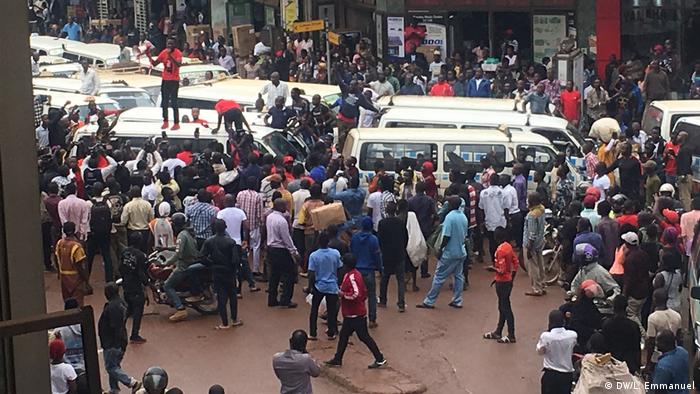 The official line is that the government has imposed this tax because it wants to raise its low tax revenues. But Lillian Nalwoga believes that the real purpose of the tax cannot be overlooked.

The director of the Ugandan branch of the Internet Society, an international group of activists, says that "the way the tax was introduced, with the president saying that it would help him, more or less silencing or curbing online gossip — that already is curtailing free speech."

Nalwoga warns that measures such as the social media tax will primarily affect poorer and less technology-oriented people. For many Ugandans, social media is the first point of contact with the internet, she explains, so anyone taxing them would therefore exclude many potential new users from getting online, which also means being excluded from free access to information. Small businesses, for whom Facebook, WhatsApp and other social media are important marketing channels, are particularly affected, says Nalwona. "If it continues to be implemented, we are afraid it's going to have a chilling effect on the internet industry in Uganda."

But there are ways to avoid internet censorship, for example via virtual private networks, or VPN. "VPN create a tunnel to the outside world and allow internet users to surf as if they were in a country without restrictions," says Truong. It is true that many governments are now increasingly taking action against VPN, Truong explains. "But the good news is that VPN are very versatile and many new VPN companies are currently emerging in response to censorship," he says.

"VPNs are essentially a tool that creates a tunnel to the outside world for users to surf the internet as if they are in a country without internet restriction," Truong explains. "More and more we're actually seeing governments catching on to the usage of VPN. But the good news is that the VPNs are versatile and there are many VPN companies that are created in response to censorship."

Such tricks are no longer reserved for internet professionals. Ugandan activist Nalwoga described a village in the west of the country where there is increased interest in internet courses run by the local community center. But there is a different focus than before.

"We no longer get people come in asking us how to use these platforms, but instead they're asking us, 'how do I install VPN?'" says Nalwoga.

This is another reason why many governments are increasingly relying on stricter laws. Officially, it is in order to better combat cybercrime. But a recently introduced law in Sudan, for example, also makes government-critical comments on social media punishable, says Truong. "That's the main trend that we are seeing, a lot of new laws trying to regulate social media and online criticism in particular."

Truong is also concerned that large parts of Africa's internet infrastructure is provided by Chinese companies such as Huawei and ZTE, the same companies whose technologies also make possible China's "Great Firewall." However, there is enormous concern that some African governments want to cooperate with Chinese companies to install similar technologies in their countries, Truong reports.

The 77 Percent: Is China 'really' a friend of Africa?

But there are also positive developments. For example, according to Truong, the situation with the previous censorship pioneers, Gambia and Ethiopia, has improved considerably in recent months.

Truong says that the change of government in both countries has led to a more open environment for the internet: "new leaders in both those countries have actually unblocked a lot of content that had been previously blocked." However, there are still very restrictive laws, especially in Ethiopia.

In Ethiopia, "citizens are waiting for the new leadership to overturn the harsh laws and make sure that that they can't be used against citizens in the future," Truong says.