India: A ′prostitution village′ breaks with tradition and tries to go digital | Asia| An in-depth look at news from across the continent | DW | 09.10.2020

India: A 'prostitution village' breaks with tradition and tries to go digital

Prostitution is a way of life for thousands of families in the Mandsaur region of Madhya Pradesh state. But winds of change are blowing and young girls are now learning digital skills. Murali Krishnan reports. 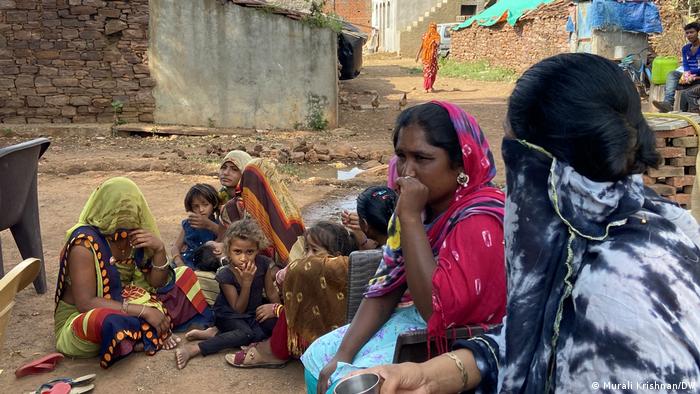 It takes over eight hours on the national highway to reach Navali, a nondescript village located about 370 kilometers (230 miles) from the capital of Madhya Pradesh state, Bhopal.

The Banchhada tribal community, said to be descendants of royal courtesans, is spread over 120 villages in this impoverished region. They number over 20,000 — a majority of whom are women.

Prostitution is a hereditary occupation here, passed on from one generation of women to the next.

Development in the village is poor, as roads, public health care and education infrastructure do not exist. Unemployment is high and most of the men are employed as contract labor, generally in agriculture. Like most other villages around here, Navali suffers from neglect and poverty.

But things are changing, and this village has turned the corner with young girls refusing to take up prostitution. Instead, they're now learning digital skills.

"What I want to say is that things have changed here. Things are getting better. The girls are beginning to go back to school.  They are learning and there is change. What we need now are jobs and that is lacking badly," 18-year-old Razia Bhajda told DW.

"I want to be a doctor. Our village has changed. It was bad earlier. If all of us get proper jobs, then there will be a transformation. But unfortunately, nobody listens to us," Banchhada told DW. 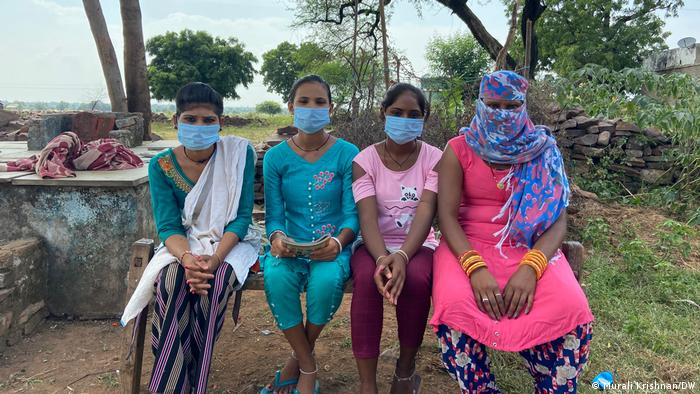 Prostitution is a hereditary occupation here, passed on from one generation of women to the next

In the last year, a major intervention has left its mark on the young women in the community.

Organizations like the Common Services Center (CSC), which is part of a national e-governance plan to connect rural India, have helped train some women and girls in areas such as mobile application development, digital marketing and social media.

But convincing the villagers to change their ways took a lot of effort, said Bharat Nagar, a CSC employee who initiated the program.

"This is a region where prostitution has happened for so long. It took a lot of persuasion with the village headman to allow us to run this program as they were suspicious," he told DW.

Dinesh Tyagi, the CEO of CSC, shares a similar view. "Initially, there was resistance. Changing the traditional functioning or traditional jobs of people who live in rural India still remains a big challenge," he told DW.

"You have to change behavioral patterns, mindsets, build confidence and that's how it has happened."

The practice of hereditary prostitution is also prevalent in other parts of India. Maangi Bhai, in her early 40s, sums up why the tradition of flesh trade is followed.

"When there is no employment what does one do? People who are poor have to sometimes work like this. That is the reason. What else can a person do?" Bhai asked.

Since the digital skills campaign kicked off, many have been keen on learning new qualifications and skills.

"I have learnt how to work a sewing machine through online classes conducted by the CSC. They held a camp here for 10 days and I learned a lot. And I will learn more if they teach us," Renu Bhachhada, a young woman, told DW.

By reaching out to the women and fostering a partnership, the digital campaign appears to have made a step in the right direction.

It's still too early to say whether digital literacy can help bring about behavioral and social changes and stamp out prostitution completely.

"Because of the stigma attached to this village, no one was willing to help us. That's why I too dropped out of school. But now I want to start all over again," said Ranu Bhiragi, a teenager.

A beginning has been made, and it's clear that many are keen to grab the opportunity.