Indian matchmaking fraught with sexism, class and caste issues | Asia| An in-depth look at news from across the continent | DW | 07.10.2020

Are all Indian weddings happy song-and-dance parties with friends and family? Not for most women, who need to tick a lot of boxes on the marriage checklist to qualify for the promise of eternal love. 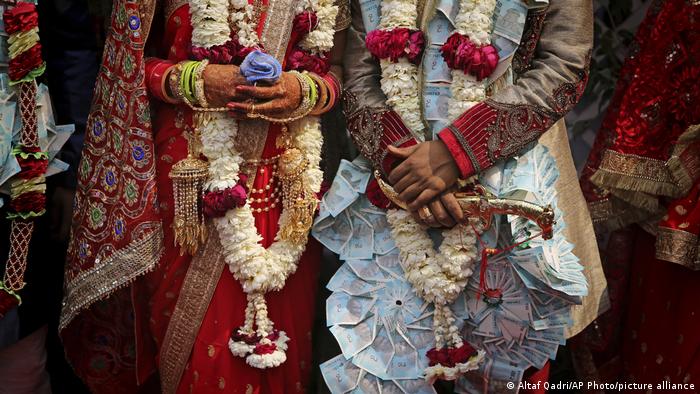 In July this year, Netflix began streaming a documentary series called Indian Matchmaking. The show became very popular for its depiction of arranged marriages in India and among Indian expats in the US. For the uninitiated, arranged marriages are common practice in South Asian countries, where families decide who their children will marry. Indeed, as one character in the show sums it up, an Indian marriage is not just a union between two people, but "between two families."

The documentary provides hilarious insights into all the contrivances that go into bringing a couple together, but young women like Nanki*, who spoke to DW, say the memes and jokes around the show serve as reminders of instances where women are deemed "unsuitable" for marriage in a society fraught with issues around caste, class, and gender-based discrimination.

Nanki was brought up to conform to an image of the ideal wife and daughter-in-law, a process that only diminished her self-worth. "From a very young age, my parents told me that when I grow up, they would find a boy for me to get married to. I wasn't allowed to have a boyfriend till the age of 23," she said. 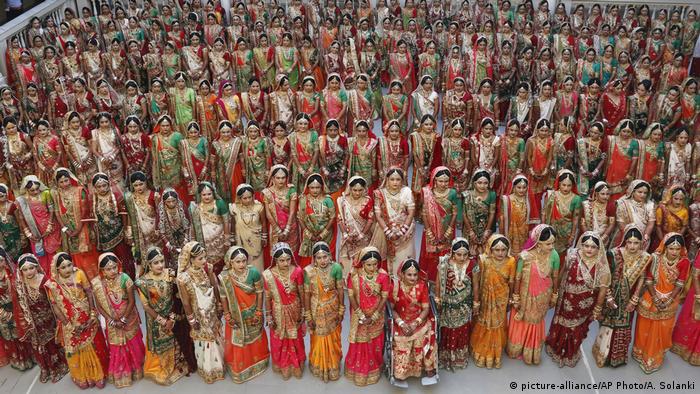 A deal of sorts

The traditional Indian arranged marriage is essentially transactional. The 'boy' and 'girl,' as men and women are referred to in marriage parlance, are expected to tick certain boxes on a checklist - a set of requirements that are steeped in conventional gender roles.

For example, the man is expected to be the primary provider for the family and must be financially secure. In other words, he should either have a well-paying corporate position, a 'secure' government job or a large inheritance to fall back on. The woman, on her part, must have traditional values, good cooking skills, good looks and a slim figure. Education matters, of course, but she shouldn't be 'too' educated or perform better than her husband professionally.

Sukanya, who has been married for around two years now, says her weight was always a concern, especially since it affected her performance in the marriage market. "All my life, I've fluctuated between chubbiness and mild obesity. I was repeatedly told that I had several attractive qualities like intelligence, a pleasant and caring disposition, a great education, good hobbies and good family background - all except the appeal that comes with a slimmer physique," she told DW.

"In the words of parents and well-wishers, once I lost a little weight, I would be an excellent prospect for any respectable family."

For Nanki, the path to being a good match has been more difficult. Not only did she have to lose weight, she was also told to abstain from alcohol, stay away from other men, not dance too much and not speak too loudly. "And god forbid, if you smoke, you're never getting married," her family said.

It's all about the lineage

A family's position in the caste system is another issue that often comes up during marriage negotiations. Earlier, marriages within one's caste were considered important to maintain the 'purity of the bloodline,' but today, many families argue that the bride and groom find it easier to adjust to life together if they choose partners from the same caste.

In fact, most communities prefer to filter prospective partners for their children based on caste before even looking at the candidates themselves. In other words, a woman and a man of the same religion cannot get married unless they are from the same social group.

For example, Nanki's mother says that her daughter can marry any man from a warrior caste, like a Rajput, but not a man from the lower mercantile or baniya caste. Marrying a Muslim is out of the question.

For others however, social status plays a more important role than caste or religion. "I am a Punjabi Hindu but I married into a Jain family," Sukanya explained. Jains are followers of the fifth century saint Mahavira and are a separate religion, albeit with similarities to Hinduism.

"My parents laid more emphasis on finding me a partner from a traditionally 'cultured' family, preferably with the same (or better) socio-economic status as themselves," she told DW.

Indians often take pride in the fact that the country has a divorce rate of less than 1% and are quick to attribute the low numbers to arranged marriages, which they say foster patience and the spirit of compromise. But fewer divorces also point out to the stigma attached to separating from one's spouse, especially for women.

In Nanki's words, "My parents often say compromise is very important for a marriage to work. Divorce isn't something that is looked upon kindly in Indian society. "

For many married couples, living in an unhappy marriage and accepting physical and mental abuse is a better option than being divorced. In fact, women are, in many cases, expected to accept abuse as a part of life.

"Once my father beat my mother and she left the house," Saloni recalled. "I asked him, 'If I get married and my husband beats me up, would you ask me to put up with it?' He replied, 'Of course. You are married to that person. You have to make it work...A man is a man, and a woman is a woman."

Somebody to lean on

As times change, many young people are looking at arranged marriage as an alternative to dating. For them, the matchmaking process - of looking for love with the intention of getting married - helps them meet new people who have similar expectations from life.

Sometimes, the 'courtship period,' during which a couple meets with their parents' approval, lasts a year or two. As a result, the partners get to know each other well before tying the knot and marriages like Sukanya's have been successful.

Others, like Saloni, have crossed the age considered appropriate for an arranged marriage but are financially independent and willing to look for their own partners without any interference from their families. Her parents ' arranged marriage has left her wary of the institution and being single for so long is, for her, a small act of rebellion against the misogyny perpetuated by society.

However, this doesn't mean she has lost her faith in love - she wants to get married one day, but on her own terms.

After years of backlash, Unilever is dropping the word 'fair' from the 'Fair & Lovely' skin lightening cream in South Asia. Some say that that move does not go far enough.