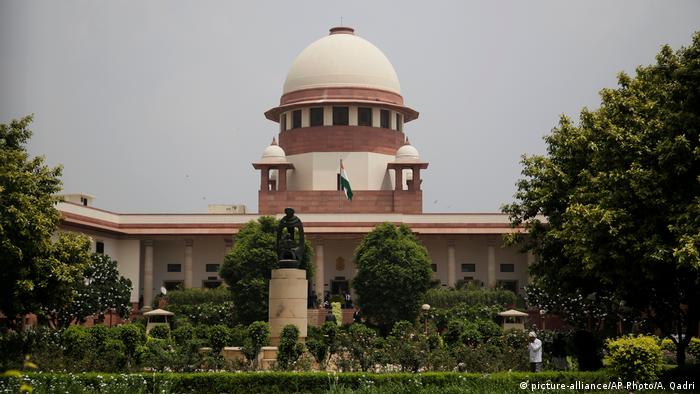 The ruling extends the scope of legislation introduced in 2005 to cases where the father had died before the law was introduced.

"Once a daughter always a daughter...son is a son till he is married," said Justice Arun Kumar Mishra, who was heading the three judge bench.

"The daughter shall remain a coparcener [one who shares equally with others in inheritance of an undivided joint family property] throughout life, irrespective of whether her father is alive or not. Daughters must be given equal rights as sons, daughter remains a loving daughter throughout life," Mishra pronounced.

The bench was hearing a series of appeals that questioned whether the 2005 amendment to Section 6 of the Hindu Succession Act of 1956 — which gave daughters equal rights in family property — has a retrospective effect.

In 2016 and 2018, there were conflicting rulings by the court with regards to the interpretation of the Section.

The judges have directed Indian courts, where the cases have already been delayed due to the contradictory judgements, to make decisions within six months.

"The daughters cannot be deprived of their right of equality conferred upon them by Section 6. Hence, we request that the pending matters be decided, as far as possible, within six months," the bench said.

Amnesty International said the decision was a step towards "promoting equality for women".

Laws related to marriage, inheritance and adoption are codified in different acts for different religions.

Since India's independence in1947, there has been a growing demand for a common legislation instead of personal laws, called the Uniform Civil Code.

Supporters of the legislation argue that a secular republic requires common law for all citizens rather than rules differentiated based on religion.

Activists have also argued that the rights of women are usually limited under religious laws.

In a pivotal judgement concerning personal laws, the Supreme Court of India had deemed the Islamic practice of triple talaq —men instantly divorcing their wives — was unconstitutional in 2017.

Survivor: 'Indian government only provides a band-aid after rape'

Vasu Primlani is India's first openly gay stand-up comedian, a somatic therapist, and a recipient of the Nari Shakti Award for empowering women. A child rape survivor, she also helps others rebuild their lives.

Tanzania votes in election marred by fraud accusations 15m ago