In Syria, death notices for the missing bring unwelcome closure | Middle East | News and analysis of events in the Arab world | DW | 03.08.2018

In Syria, death notices for the missing bring unwelcome closure

Families of Syrian detainees are just now finding out that their loved ones died in custody years ago. Some see the updates to the civil registries as a way for Bashar Assad's government to deal with a political problem. 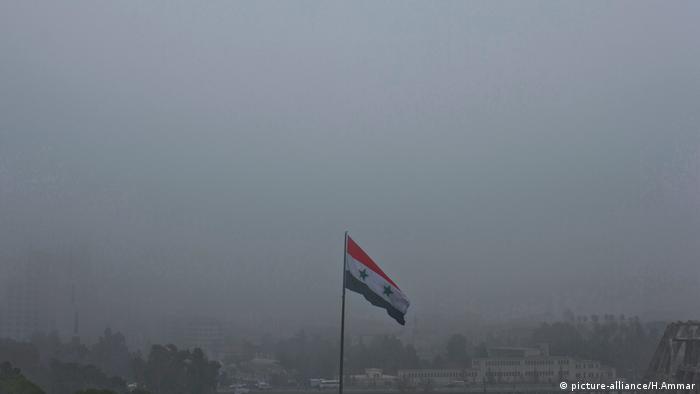 Since May, Syrian authorities have quietly updated civil registries to show that thousands of people detained or disappeared since the beginning of the seven-year-old conflict have died, often claiming they had succumbed to a "heart attack."

In many cases, the relatives of the deceased found out that their missing family members actually died years before, in the wake of the 2011 uprising. In one such instance, the family of Syrian activist Yahya Shurbaji found out through an update to a municipal registry that he had died years after he was detained.

Shurbaji, dubbed the "man with the roses," was arrested in September 2011. He had played a key role in organizing peaceful protests against Syrian President Bashar Assad in the Damascus suburb of Darayya from the onset of the uprising.

Shurbaji's family said his record, updated earlier this year, showed he died years ago, on January 15, 2013, according to the Syrian Network for Human Rights.

His family isn't the only one to find out the fate of a loved one under such circumstances. Local sources have put the latest batch of detainees declared dead at some 5,000, Amnesty International's Syria researcher Diana Semaan told DW. "Some families have received notices before, but it was never in big numbers or in one batch as we have seen now" she said. 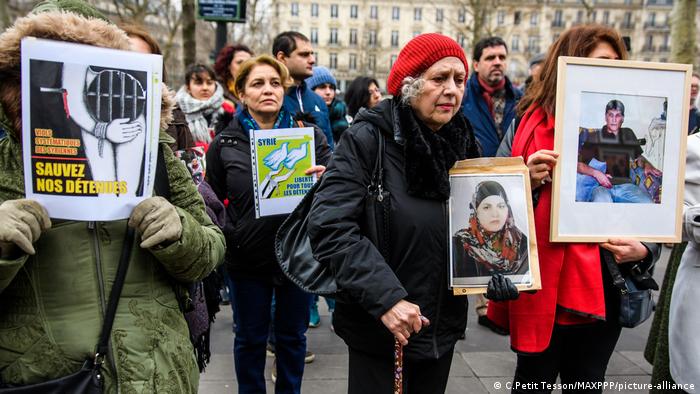 Activists have long campaigned for the rights of those missing in Syria. Earlier this year, the women-led initiative Families for Freedom staged a demonstration in Paris to highlight the issue.

While the Syrian government has yet to comment on the recent updates, regional experts see a variety of reasons behind the move.

For Mohammad al-Abdallah, director of the Washington-based Syria Justice and Accountability Center and a former Syrian prisoner, a likely reason behind the mass update to civil registries stems from Law Number 10 decreed earlier this year.

Law Number 10 allows the Syrian government to create redevelopment zones and expropriate property that has not been claimed. Under the measure, following official notification of intent to redevelop, claimants have 30 days to make a case before the property reverts to municipal or provincial authorities. Claimants can be either the property owner, the owner's relatives or a designated agent, in which case they have to stake a legal claim to the land in a process that is anything but clear.

"There is a legal side to it, how the life of the family could continue in the future with this mass number of missing people. As you know, if somebody is missing, it is going to be difficult for the family to do anything with their property," al-Abdallah told DW.

Read more: In Syria, expropriation is 'punishment for those who protested'

Turki al-Hassan, a Damascus-based political analyst and former brigadier general, also asserted that the updates were in the Syrian government's interest, saying the reason behind the development was because the Assad regime had gained control of the situation in Syria.

"It establishes the rights of the deceased and his family, such as inventory and property inheritance or marriage for those who lost their husband and other things," al-Hassan told DW. "This is evidence of stability in the country."

"The government wants people to have legal documents, to act on these problems," al-Abdallah said. "The civil registry is informing families that the fine will be enforced strictly and that they have to apply and receive the death certificates within one month. This shows that the government wants people to obtain the legal proof of death quickly."

For some, Damascus' move is even more strategic. Noura Ghazi, a lawyer and founding member of Families for Freedom, told DW that the Syrian regime is consolidating its gains with an eye towards the end game.

"The regime is issuing these death notices because it feels that it's winning and making victories," Ghazi said. "Part of releasing the notices is to terrorize the people, by killing the symbols of the peaceful revolution."

Fadwa Mahmoud, a founding member of Families for Freedom and relative of a Syrian detainee, told DW that the "purpose of these notices is to deliver a message that the prisoner's file has been closed forever and there is no way to reopen it or hold those responsible for their death."

UN envoy Steffan de Mistura, who is tasked with mediating the Syrian conflict, has previously raised the issue of detained, missing and disappeared Syrians, saying their fate must be known in order to progress towards a political solution.

As the conflict winds down and Damascus continues to consolidate military gains across the country, some Syrians, such as former prisoner al-Abdallah, believe that the regime is trying to wash its hands of their deaths before heading to the negotiating table.

"This is the Syrian government version of solving the issue," al-Abdallah said.