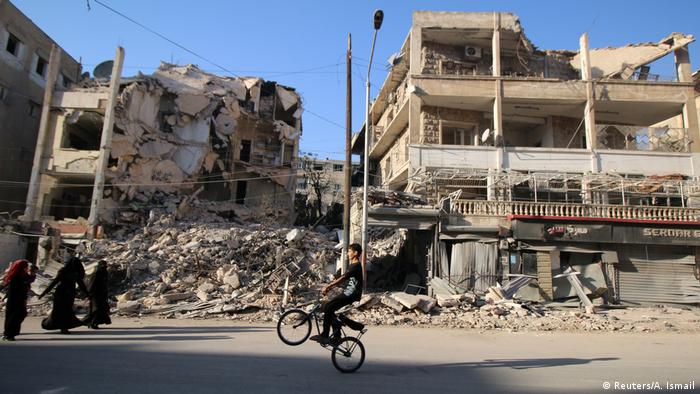 Syrians will have only 30 days to document property ownership in the war-torn country after the release of any new urban rebuilding plan, according to reports by German daily Süddeutsche Zeitung (SZ) and Dusseldorf's Rheinische Post (RP) on Friday.

Germany was urging the United Nations, and particularly Russia, Assad's ally, to block his intended rule-change, the SZ added.

"Decree Number 10" issued on April 4 amounted to coercing millions of displaced Syrians — including half a million in Germany — into returning to Syria, which is largely under the control of Bashar Assad, said RP reporters Matthias Beerman and Eva Quadbeck.

Read more: Germany to give further €1 billion in aid

Citing the World Bank, the RP authors said most exiled Syrians would not be able to present written proof because land registries only once covered half of Syria. Furthermore, many official title listings, for example in Homs, had since been destroyed.

Few property documents had been brought with the six million Syrians who fled abroad and the further six million displaced within Syria by seven years of warfare, said the RP.

Turning up with papers or handing a relative a warrant of attorney — as also stipulated in the decree — could prove fatal because 1.5 million Syrians are sought for "terrorism" by Syria's secret services, it added.

The German Foreign Ministry was "deeply angered" by Assad's latest decree because it amounted to property dispossession of Syrian refugees "on a great scale," said SZ authors Stefan Braun and Paul-Anton Krüger.

In a statement to the SZ, the Foreign Ministry said it regarded the Assad regime's legislative promulgation as a "specious" attempt to put Syrians' property rights into question.

It was an apparent attempt to fundamentally modify local conditions "to the benefit of the regime and its supporters and hinder the return of a huge number of Syrians," the office added, according to the Süddeutsche Zeitung.

According to the Rheinische Post, Assad's decree was viewed by Syria's opposition groups essentially as a lever to conduct a form of "ethnic cleansing."

Those at the forefront of Syria's 2011 uprising, notably Sunnis, faced eviction from economic hubs, such as Damascus, Homs, Aleppo and the Mediterranean coast.

Remaining in Assad's core regions would be minorities — for whom he had cast himself as protector — such as Alevites, Christians, Druze, Shiites, and Ismailis. 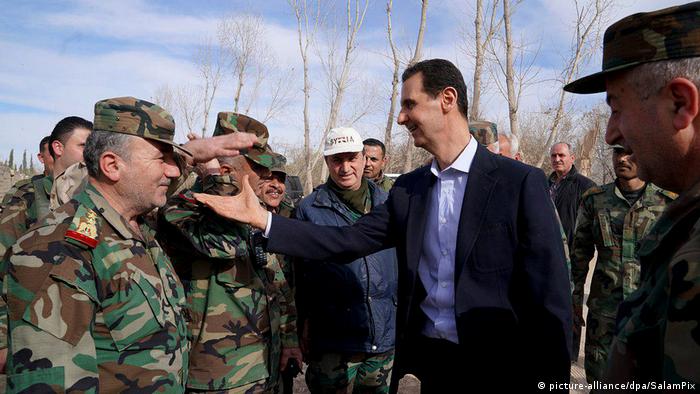 The recent evictions of rebels from areas east of Damascus fitted a 2017 speech given by Assad in which he had outlined a strategy to form a "healthy and homogenous society," said the RP.

His intended mass dispossession would also enable him to "fill empty coffers and reward loyal supporters with construction contracts," it speculated.

"Many of the potentially affected land plots are in attractive locations of the three largest Syrian cities Damascus, Aleppo and Homs, which comprise the nation's economic backbone."

No incentive to return home

The Rheinische Post quoted Bijan Djir-Sarai, Foreign Affairs Spokesman for the opposition liberal Free Democrats (FDP) in the German parliament, as saying that "many" exiled Syrians would be left with no incentive to return home.

It was a prognosis that would also impact German domestic politics, said Djir-Sarai, referring to Germany's debate on refugee numbers and lingering memories of property losses at the close of World War II and in communist East Germany.

After initially dealing with up to 50 requests a month, the Red Cross has said that in recent months, thousands of people have sought its help. Reunions, however, have seldom occurred, according to the aid organization. (26.04.2018)