What's at stake as officials debate Greece's proposals for a renegotiated bailout is whether Europe stays committed to a radical neoliberal agenda or shifts back toward a social market economy, says DW's Jasper Sky. 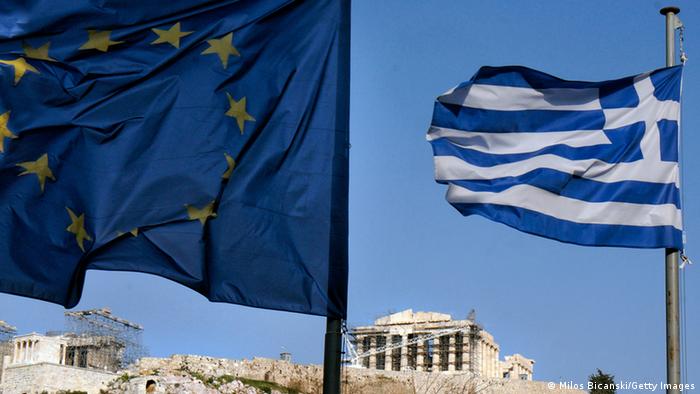 News reports thrive on simple dualities. In the headlines, the on-going contest of wills between Greece's new Syriza government and Eurozone leaders is often reduced to a simple story of "Greeks" who reject reforms and don't want to pay up, versus "Germans" who insist that Greece must honor the deal it previously agreed to.

What's rarely discussed is what specific reforms were agreed to, and whether they're successfully reviving the Greek economy - or if not, why not.

Even less discussed is the fact that the new Syriza government is not anti-reform. Indeed, it proposes to become the most reformist government the country has ever had.

The real contest isn't over whether or not to reform. It's over two contrasting reform agendas.

On the right hand, we have a radical neoliberal capitalist agenda imposed on Greece by Europe's dominant centre-right political class, whose interests were represented in Greece's 2010 and 2012 bailout negotiations by the troika of International Monetary Fund, European Central Bank and European Commission.

On the left hand, we have a social-democratic reform agenda espoused by Syriza and a few other left-wing populist movements, like Podemos in Spain or Die Linke in Germany.

Much more is at stake in the negotiations with Greece than merely a bit of debt-payment rescheduling. What's at stake is the future direction of Europe's political economy.

Senior European officials like ECB chief Mario Draghi or German Finance Minister Wolfgang Schäuble are well aware of this, which is why they're playing hardball, refusing to make any concessions to the insurgent Syriza government - seemingly to the point that they may be willing to risk Greece's default on its debt and exit from the eurozone.

Greece's new Minister of Finance, Yanis Varoufakis, has said that Syriza agrees with 70 percent of the reforms prescribed under the troika's bailout terms - but would jettison the other 30 percent. He would replace those with tough reforms aimed at fighting the corrupt practices of Greece's kleptocratic, tax-evading oligarchy.

Varoufakis has toured European capitals reassuring everyone that Greece under Syriza is committed to staying in the eurozone, and very much wants to avoid any default on its debt. He has repeated endlessly that Greece wants a renegotiated package of reforms and debt repayments that's good for Europe's taxpayers, not just for Greece's.

He has asked the eurozone to provide a modest amount of bridge financing to keep Greece's government able to pay its bills during the three months between the end of February and the end of May, during which a new reform package and bailout terms would be consensually negotiated with Greece's European partner nations. 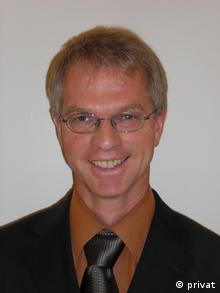 One would think that this proposal should be easy to agree to. After all, as a package, the "reforms" imposed by the troika since 2010 have visibly failed. The country is in a dire state, with mass unemployment, a ballooning public debt, and widespread impoverishment. And eurozone creditor nations like Germany can very easily afford the minor financial cost of providing three months' bridge financing to Greece.

Moreover, Syriza has a democratic mandate from Greece's electorate to change the country's course. Surely Europe should at least agree to sit down with Varoufakis and consider his government's ideas for improving the suite of reforms.

This is about protecting global hypercapitalism and the European oligarchy

In reality, it wasn't "Greece" with which the troika agreed the bailouts of 2010 and 2012. The terms were agreed with Greece's then governments, whose leaders were firmly anchored in the old system of oligarchy that has looted Greece with cozy deals for decades.

Little wonder that the interests of Greece's oligarchs weren't touched under the troika reform package. In fact, the country's economic collapse has allowed oligarchs to pick up assets at bargain-basement prices. Instead, the heavy costs of the troika's radical neoliberal reform policies were all borne by the poor and middle class.

Will Europe's plutocratic class sabotage Greece to set an example?

There would be serious risks attendant on letting Greece default rather than agreeing to a three-month renegotiation window proposed by Syriza. A "Grexit" might lead Spain, Italy, and other countries to follow suit, generate temporary financial chaos, and impose major losses on creditor nations.

But it's possible that Europe's leading officials may be willing to incur those costs, rather than the risk that a Syriza reform agenda could succeed - and set a dangerous precedent.

Syriza's version of reform could see banks taken into public hands and treated as public utilities, extreme concentrations of wealth diminished through heavy taxation, and laws and treaties aim at fair wages, fair trade, and environmental health. Key monopolistic assets like ports, railways, and waterways might be retained in public ownership, rather than sold to private-sector rentiers.

If Syriza succeeds with such reforms, that might give people all over Europe the idea that a return to a social market economy could present a real alternative to hypercapitalism - and that it makes sense to vote for populist leftist parties. This is a prospect that Europe's ownership class regards with disfavor, to put it mildly.

Syriza's leaders understand all this. They also understand that since their government is effectively bankrupt, their negotiating position vis-à-vis senior officials who represent Greece's creditors - in particular, rigid neoliberal dogmatists like German Finance Minister Wolfgang Schäuble - is, on the whole, weak.

But in this high-stakes poker game, Greece has an ace up its sleeve that could substantially increase the costs to Europe and the US of a Greek default. That ace has a name: Russia.

On Wednesday, even as eurozone finance ministers met to discuss Greece's fate, Nikos Kotzias, the Greek minister of foreign affairs, was in Moscow, getting on demonstratively well with his Russian colleague, Sergey Lavrov.

The message from Athens is clear: The price to the European Union of refusing to negotiate in good faith with Syriza could include a shift in Greece's allegiance from the EU to Russia. That would have major implications for US and EU attempts to apply pressure on Russia in the tug-of-war over the future of Ukraine.

That's why, in the end, the eurozone's neoliberal establishment may agree to Varoufakis' proposal for a three-month grace period after all.