In DC, US seeks to force new deal between Serbia and Kosovo | Europe | News and current affairs from around the continent | DW | 03.09.2020 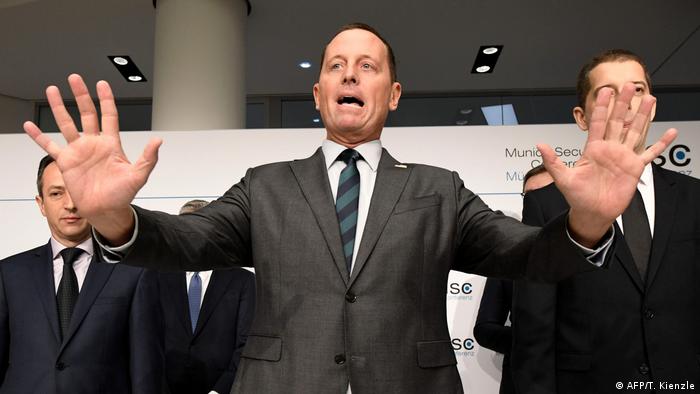 Twenty-one years have passed since NATO bombs drove Serbian forces out of Kosovo, where Slobodan Milosevic, the president of what remained of Yugoslavia, was carrying out a campaign of cleansing against the largely ethnic Albanian population. In 2008, Kosovo declared independence. About 100 countries currently recognize its sovereignty.

But the government of Serbia wants the former province back, claiming that the region's medieval monasteries and battlefields were the heart of Yugoslavia before the 1990s civil war. Kosovo's government wants full international recognition as an independent nation and memberish in global organizations such as the United Nations. The EU has mediated the conflict since the 1990s but the sides have made little progress.

Now, the United States is turning up the heat, inviting the leaders of Kosovo  and Serbia to travel to Washington, DC, in an effort to force a breakthrough. The calculus is clear: With Donald Trump skating from one diplomatic defeat to another, he is hoping that a deal before the US presidential election in November will give him the chance to present "a historic foreign policy success."

Read more: A new departure or the same old story for Kosovo and Serbia?

The agenda in Washington, DC, remains unclear. Serbian President Aleksandar Vucic has signaled that he only wants to address issues of economic cooperation between the countries. Potential projects could include Kosovo's Trepca Mines industrial complex and the strategically important Gazidova Dam on the border.

Avdullah Hoti, Kosovo's prime minister since June, wants Serbia's government to officially recognize his country's independence. No one expects Vucic to do any such thing — certainly not even Ramush Haradinaj, the leader of the Alliance for the Future, the Albanian nationalist partners to Hoti's neoliberal Democratic League of Kosovo in the coalition. Vucic has already said he would refuse to meet Trump if he were asked to recognize Kosovo's sovereignty.

A number of top Serbian politicians and political observers expect the US to propose far-reaching autonomy for North Kosovo, where most of the country's Serbs now live, similar to the de facto sovereignty afforded to the Republika Srpska in Bosnia-Herzegovina. In return for such autonomy, however, the government of Serbia might have to make concessions on recognizing Kosovo's independence.

A few days ago, the Serbian opposition politician Sasa Jankovic suggested a compromise. Although he left open the question of formally recognizing Kosovo, he said Serbia's government could stop blocking its neighbors membership in international organizations such as Interpol or UNESCO. In return, Serbian Orthodox churches and monasteries could be granted extraterritorial status within Kosovo, which would allow them to operate as they see fit.

The United States has a long history in the Balkans — including over two decades at the forefront of the NATO-led Kosovo Force peacekeeping mission. The Trump administration officials are hoping to deomstrate the US's continued relevance in the region to its European allies.

The US's point man on the issue is former Ambassador to Germany Richard Grenell (center in photo), who was handpicked in October 2019 by Trump to get the job done. After just a few weeks as the president's special envoy for Serbia and Kosovo peace negotiations, Grenell surprised the world by announcing that real progress had been made.

In January, under pressure from the United States, the governments of Serbia and Kosovo agreed to resume commercial air travel between Belgrade and Pristina for the first time since Milosevic's forces invaded in the 1990s. The Lufthansa subsidiary Eurowings was brought onboard as a neutral carrier.

In February, Grenell announced that he had gotten the countries to agree to build a cross-border freeway and resume rail travel. Though Grenell has called the agreements "historic,," the actual train travel and highway construction has not begun; the direct flights were scheduled to start this summer, but, owing to the coronavirus pandemic, they have yet to get off the ground.
Read more: Serbia-Kosovo land swap would open Pandora's box

With the US's recent track record in mind, it is easy to imagine another White House ceremony to present an empty agreement as yet another "historic" Trump foreign policy success. There is little will on either side to give too much ground.

Though Vucic's Serbian Progressive Party won 60% in parliamentary elections in June, it does not hold two-thirds of seats in the body, and the opposition — which is much more nationalist than even the president himself is — continues to boycott the legislature. Backed by the Alliance for the Future of Kosovo, the Social Democratic Initiative and the Serb List, Hoti's government currently has a single-seat majority in parliament, and it is doubtful that he could bring together the two-thirds of lawmakers required to ratify any treaties with the neighbors.

More crucial is the fact that politicians in both Serbia and Kosovo have continually stoked the conflict as a way to maintain power. Thus, it seems highly unlikely that they will be willing to give that instrument away now in order to find a solution.

Adapted from German by Jon Shelton