In an interview with DW, Reham Khan, the former wife of Pakistani politician Imran Khan, talks about her upcoming book, sexual harassment of female politicians in Pakistan and her plans to return to the country. 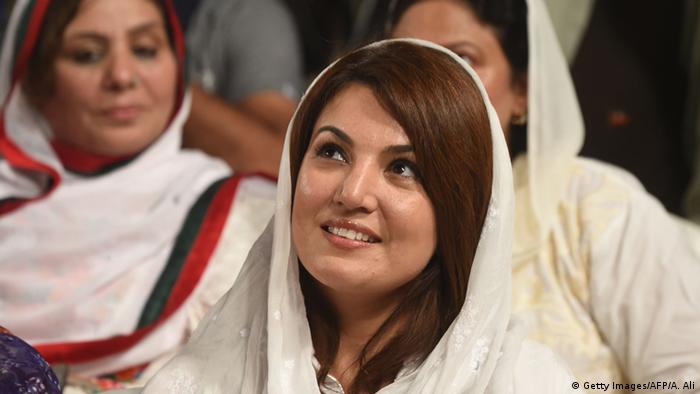 DW: Tell us something about your upcoming autobiography. Media reports say the book will shed a negative light on Imran Khan, your former husband and Pakistani politician. Is it true?

Reham Khan: The book tells the story of my life, my experiences, and my journey through different continents, different cultures. My marriages are a part of my life and so have been included in the book. It is an honest account.

Why have you planned to release the book just before the general elections in Pakistan?

The timing of the book isn't, as such, timed keeping the elections in mind. Firstly, we do not know if the elections will take place at all this year. Secondly, it took me a while to put down painful memories on paper. It was like scratching a wound.

I think that the people in Pakistan, policymakers and [foreign] investors should learn from my experiences. If there are to be elections this year, I think the book will be very helpful to all those who want an insight [into Pakistan]. 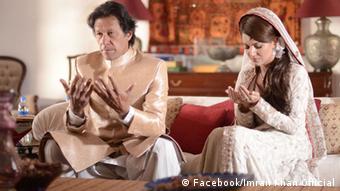 As Khan's former wife, did you participate in Pakistani politics?

I categorically state that I did not participate in PTI politics. I was told to be engaged in certain activities as wives of politicians are asked to do all over the world.

If [Former British PM] David Cameron's wife could go door to door and campaign [for her husband] then why Reham Khan should be criticized? I was doing what I was told to do. I never once arranged a political event myself.

Are female politicians given as much importance in Pakistan as their male counterparts? And how are women politicians treated in Khan's Pakistan Tehreek-e-Insaaf party (PTI, Movement for Justice)?

Women politicians in Pakistan have to deal with severe sexual harassment within their own parties and from their opponents. Sexual coercion is used blatantly and [party] positions are given in return for sexual favors. Many women have to give up their [political] careers if they refuse to entertain such requests.

Pakistan should form an independent sexual harassment commission that is not affiliated with any political party.

What should Pakistani political parties do to empower women in their ranks?

There should be a meritorious selection of party officials. In the UK, a candidate has to go through a rigorous and lengthy selection process. It is not decided by a party head or an influential person. The selection system in Pakistan's political parties is just a farce.

Do you plan to return to Pakistan and get involved in politics?

I indeed do plan to return as Pakistan is my home. I can't stay away for long. I am doing politics in my own way. I am keen to create opportunities for women and youth leaders. I want to get women voters registered and protected. I am grooming future parliamentarians through a specially devised program.

I have not decided whether I should join a political party. I'm not interested in getting a seat in parliament. Only if I feel that I can bring some change to the lives of people in Pakistan, I might consider joining a party.

You have worked in the media also. How do you view the role of Pakistan's private media channels in the current political scenario?

I am extremely sad to see the amount of money being poured into Pakistani media to buy [journalistic] mouthpieces. There is hardly any space for hardworking and honest journalists in Pakistan. TV anchors are propagandists and spread lies about everyone and everything.

Reham Khan is a Pakistani-British journalist and film producer. She was married to cricketer-turned politician Imran Khan from January 2015 to October 2015.