Illegal and dead in a Japanese cell

Suicides, hunger strikes and the deaths of three detainees in recent months have started shining light on dark corners unseen by most in tourist-friendly Japan. 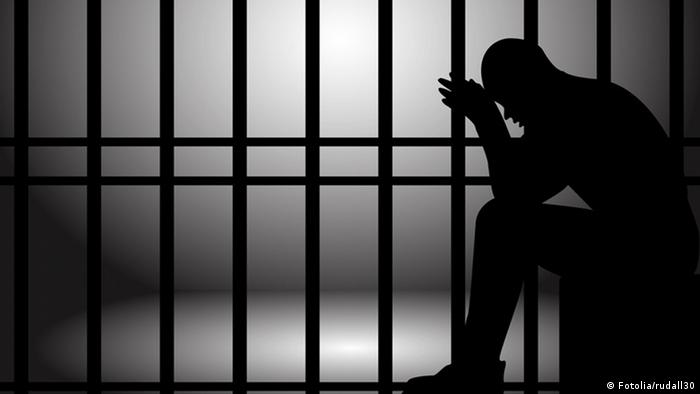 In the shadow of a giant Buddha statue in Ibaraki prefecture between Tokyo and Fukushima, hundreds of foreign detainees have endured harsh conditions incongruous with the cozy lifestyle enjoyed by many foreigners in Japan.

Without appearing in court, they often spend six to 18 months like caged animals in windowless cells in Ushiku, the largest of a secretive network of detention centers created to incarcerate foreigners pending deportation for overstaying visas and working illegally in Japan.

Chamballa Ally, a Tanzanian who shared a cramped room with detainees from Sri Lanka, India and the Philippines, told DW he was only allowed into a yard a few hours per day to play soccer.

"In Ushiku, you can only see the high walls around you and the sky above," said Ally, who was deported to Tanzania before joining his US-born wife Alisha James in Indiana in 2012. "People watch TV, read or sit in despair. They are so tired from stress. They are not criminals, but they have no freedom. It's not a place to stay for a long time. People don't know when they will be free." 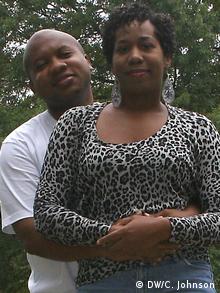 Japan detained 23,133 foreigners at 16 smaller immigration offices and three large detention centers in Ibaraki, Osaka and Nagasaki in 2011, according to the Global Detention Project's latest figures.

Shining light on Japan's dark side

Suicides, hunger strikes and the deaths of three detainees in recent months are shining light on dark corners unseen by most in tourist-friendly Japan.

An unnamed spokesman at Ushiku told AFP that a coroner would look into the deaths at the end of March of an Iranian who allegedly choked on food and a Cameroonian found unconscious in his cell. A Rohingya detainee from Myanmar died in October last year after staff allegedly failed to call a medic on lunch break.

The Tokyo District Court last month ruled that immigration officers illegally bound and gagged a visa overstayer from Ghana who suffocated to death during a forced deportation at Narita Airport in 2010.

Amnesty International and local rights groups have long accused Japanese of beating or torturing prisoners. Jorge Bustamente, the UN's Special Rapporteur on the Human Rights of Migrants, urged Japan in 2010 to meet international human rights standards. About 30 Japanese officials, facing harsh criticism at a UN Human Rights Council meeting in 2012, pledged to reform a system based on the Immigration Control and Refugee Recognition Act of 1951, when Japan had very few foreign residents.

The number of foreigners living in Japan has doubled in two decades, now making up 1.7 percent of the total population.

Nearly 19 years after members of the Aum Shinrikyo cult used nerve gas to kill 13 people in Tokyo, the final trials are drawing to a close. But survivors warn the doomsday cult still poses a threat to Japanese society. (13.03.2014)

Damage to hundreds of library books featuring one of the most famous victims of the Nazi regime and the Holocaust has shocked many Japanese, who describe the actions as "shameful." (06.03.2014)

Despite new laws designed to deter individuals - primarily men - from targeting former lovers who have spurned them, stalking cases are continuing to rise in Japan. And the incidents are becoming increasingly violent. (24.02.2014)

Deportations were rare in the 1980s and 90s when many foreigners entered Japan on tourist visas, found work and married Japanese citizens. In 1995, a popular British DJ was detained and forced to buy an over-priced ticket to Hong Kong. US-born Dan Bloom, now in Taiwan, was arrested at the Daily Yomiuri newspaper on charges of working illegally for five years. He claims Japan held him in solitary confinement for 41 days, without trial, before forcing him onto a plane.

Japan has detained and deported more than 100,000 foreigners since former Tokyo governor Shintaro Ishihara called for a crackdown in the Shinjuku and Roppongi entertainment districts.

In 2003, police and immigration officials launched a joint policy to arrest, within five years, about half of an estimated 125,000 visa overstayers in greater Tokyo. "An increasing number of visa-less foreigners engage in serious crimes," said then-Justice Minister Daizo Nozawa.

"Solving the problem of illegal residents is a pending task for regaining public safety in Japan."

Gregory Clark, a former Australian diplomat and Justice Ministry reform committee member, said Japan, faced with labor shortages, loosened enforcement of rules to let in workers, but then mistreated them instead of helping them settle in Japan. "The crackdown hit a lot of harmless people who Japan needed," he told DW.

"The long detention is inhumane. If they decide they do not want you, then like the US, they should show you the door quickly, with the provision you can apply to come back if, for example, you have learned Japanese or have some skill Japan needs."

Hidenori Sakanaka, chief of the Tokyo Immigration Bureau from, 2002 to 2005, told local media that the bureau must go public about long confinements which are "mentally tough."

"The Immigration Bureau must stop suicides and hunger strikes." 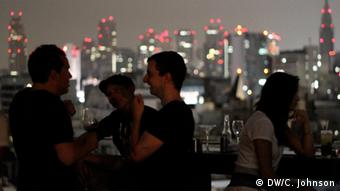 Michael Todd, a former New Zealand lawyer now living in Tokyo with his Japanese wife, said he spent 42 days in the Osaka detention center in 2012 after what he called a "misunderstanding" about his visa status and protests against the slaughter of dolphins in Taiji, western Japan.

"I had no idea it was this bad in Japan. It's like you put your hand up and give away all your human rights when you enter this country," he told this reporter in 2012. "In Japan, you are guilty until proven innocent. It's a system from 80 years ago."

He said he saw an Iranian urinate in their cell to protest squalid conditions, and witnessed eight officers wrestling down a Congolese. A Nigerian, whose family members were killed by Muslims, was put in a cell with Muslims, while a lower floor for females held Asian sex workers, he said.

He said 45 hours passed before a doctor came for his high blood pressure. "I told them 'I could die in here, have a heart attack, and you can't even open the door to let people out.' People are dying in Japanese jails all the time."