The Austrian group AllRise says "crimes against nature are crimes against humanity" and estimates that heat caused by deforestation will result in 180,000 excess deaths this century. 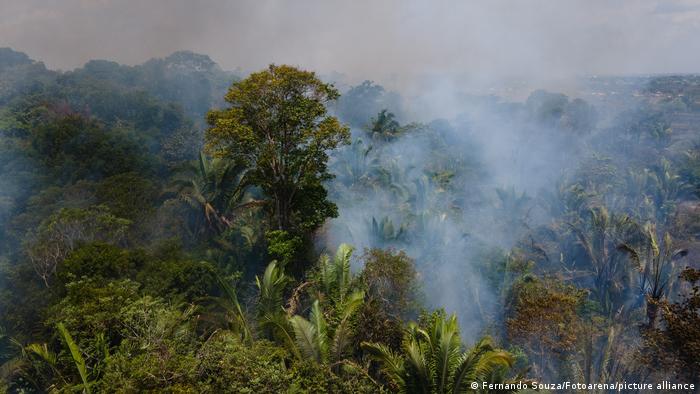 An Austrian climate activism group on Tuesday officially filed a request for an International Criminal Court (ICC) investigation into whether the environmental policies of far-right Brazilian President Jair Bolsonaro and his administration constitute crimes against humanity.

What did the activists say?

"Crimes against nature are crimes against humanity. Jair Bolsonaro is fueling the mass destruction of the Amazon with eyes wide open and in full knowledge of the consequences," according to AllRise founder Johannes Wesemann, who also initiated the group's ThePlanetVs campaign on Facebook, Instagram and Twitter.

Current data indicate that greenhouse gas emissions from deforestation and industrial-scale agricultural exploitation in the Amazon are higher than total annual emissions from Italy or Spain, and release more CO2 than the rest of the Amazon can absorb.

"We need to define victory. If victory is being defined as 'Bolsonaro in jail,' the chances are low. But this is not what ThePlanetVs is about. If we define victory as another puzzle stone to build awareness, to have the ICC deal with our case, to start a preliminary investigation, we can speak of success," he said.

"It is about making a precedent," he said, "so that similar cases involving environmental degradation with global implications can be legally pursued."

The group also hopes to deter other nations and companies from causing ecological damage.

"If we manage to have the ICC start a preliminary investigation, it is another proof that the legal avenue we took is of relevance to the ICC," Wesemann said. "Any leader, be that political or a CEO, needs to be very careful in the future what decision he/she will make when it comes to define the climatological impact."

Though Tuesday's ICC filing at The Hague is not the first against Bolsonaro — there have been three others so far — it is fundamentally different from those that preceded it.

"Our initiative has strong Brazilian support but we don't seek to speak on behalf of any Brazilian communities, nor claim to represent them. Our case aims to add an important international dimension to their struggle. The Amazon is theirs, but it is needed by us all," said Wesemann.

Bolsonaro has previously railed against critics of his policies, saying the Amazon rain forest belongs to Brazil and that attempts to interfere with exploitation were designed to hobble the country's agricultural sector. 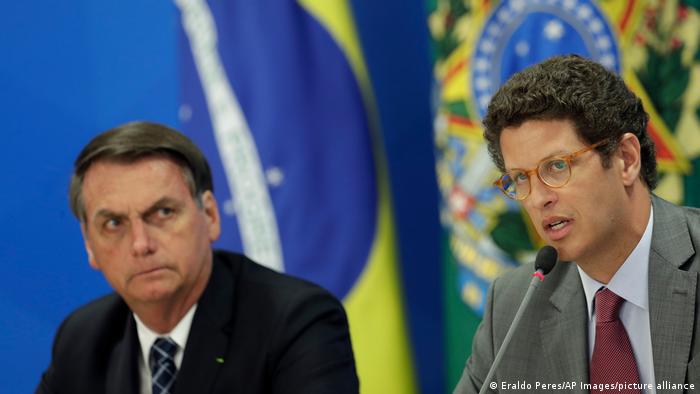 Tuesday's filing makes extensive use of climate attribution science that seeks to directly link Bolsonaro's policy of increased Amazon deforestation "to the negative impacts of climate change around the world." According to the dossier filed by Vienna-based AllRise, current environmental policy in Brazil will result in 180,000 excess heat-related deaths globally by the end of the century.

"The government under Bolsonaro directly and indirectly facilitates and thus accelerates the destruction of the Brazilian Amazon. This obviously in turn leads to deliberate and uncontrolled environmental destruction of the ecosystem with catastrophic consequences at a local level ... but also with a serious consequence on a global scale," Wesemann said.

Moreover, the plaintiffs accuse the Brazilian leader of enabling the murder of climate defenders by land grabbers as his administration has sought to "systematically remove, neuter, and eviscerate laws, agencies and individuals that serve to protect the Amazon."

Although there has long been international outrage against Amazon deforestation, the scale and ruthlessness with which it has taken place under the current administration has caused alarm. Whereas an average of 6,500 square kilometers (2,510 square miles) of rainforest were destroyed annually between 2009 and 2018, that number has jumped to more than 10,500 since Bolsonaro took office on January 1, 2019.

The ICC will now review the AllRise complaint to determine whether it falls within its purview. Should this prove to be the case, the court may then decide to act on the request.

Although earlier cases against Bolsonaro have focused on accusations of inciting genocide of Indigenous peoples and failing to adequately protect them and their surroundings, Tuesday's filing more closely aligns with recent efforts to nudge the ICC toward prosecuting environmental crimes.

In June, a group of international lawyers and experts took the step of publishing a proposed legal definition for the crime of "ecocide" and calling on the court's founding treaty to be expanded to include "protections for serious environmental harm, already recognized to be a matter of international concern."

"It is exactly what the Rome Statute defines as a crime against humanity: the intentional destruction of the environment and environmental defenders," Wesemann said.

ICC filing comes ahead of UN climate summit in Scotland

The complaint lodged by AllRise comes just three weeks before global leaders convene for the UN's 26th Climate Change Conference of the Parties, or COP26, in Glasgow, Scotland.

The 12-day summit, which kicks off on October 31, is designed to secure more ambitious political commitments to limiting the increase in global warming to far below 2 degrees Celsius (3.6 F) in the nearterm — with the ultimate aim of keeping it to 1.5 C over preindustrial levels — and attaining net-zero emissions by 2050.

Event organizers emphasize that, along with strategies such as phasing out coal use and investing in renewable sources of energy, countries will have to curtail deforestation to hit stated environmental targets.

Wesemann said AllRise's ICC filing was timed to come ahead of the COP26 climate talks, though he noted that his organization also had the G20 in mind — "but," he added, "October 12 is also Columbus Day, an important day for the global Indigenous community."

Wesemann said the complaint regarded the survival of the human race: "Our sole purpose ... is to ensure that state, private sector and political actors such as Jair Bolsonaro, and past and present members of his government who intentionally enable such destruction are held legally accountable." Mass deforestation has a "serious and scientifically proven impact on the global climate, he said, "and thus on our long-term survival."