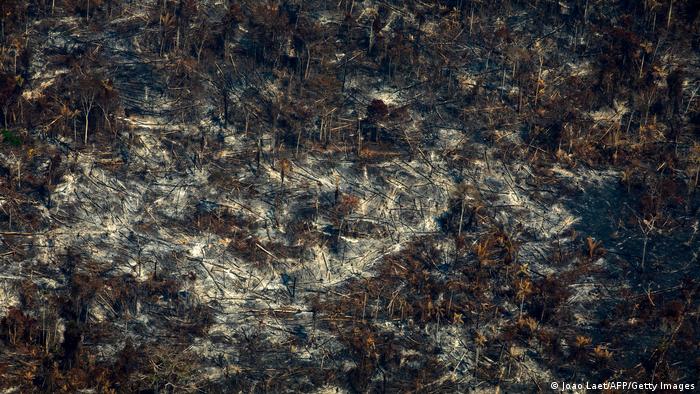 Brazil's Amazon rainforest lost 11,088 square kilometers (2.7 million acres) to logging, land clearing and fires between August 2019 and July 2020, according to  the country's National Institute for Space Research (INPE). That represents a 9.5% increase on the same period a year earlier

The deforestation rate is the highest in 12 years, the data released on Monday shows.

The Amazon rainforest plays a vital role in the world's ecology, both as a producer of oxygen and as a probable carbon sink that absorbs large amounts of the greenhouse gas carbon dioxide from the atmosphere.

Brazilian President Jair Bolsonaro continues to pledge increased agricultural activity and more development in the region. He has weakened many forest protections and measures to counteract illegal logging that previous administrations had put in place to slow the rampant deforestation of the late 1990s and early 2000s.

Separately, Brazilian military experts warned on Monday that the deforestation in the Amazon region could impact negatively on the country's energy and water security by altering rainfall patterns. This in turn could lead, they said, to an increased burden on Brazilian armed forces as they are forced to respond to more humanitarian crises due to climate change.

Massive and numerous wildfires in the region last year caused headlines across the world. International governments and organizations have put pressure on Brazil to do more to protect the rainforest, the world's largest.

"This scenario was already known. And yet the federal government's response to the increase in deforestation has been to mask reality, increasingly militarize environmental protection, and work to curb the actions of civil society, hurting our democracy," Cristiane Mazzetti, spokesperson for Greenpeace Amazon, told DW.