Brazil: Who can still save the world′s green lung? | Environment | All topics from climate change to conservation | DW | 12.09.2021

Brazil: Who can still save the world's green lung? 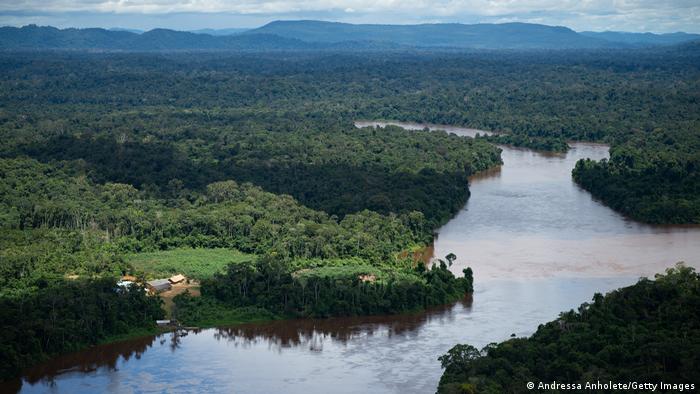 The Brazilian government is promoting, rather than preventing, damage to the Amazon rainforest

For the second year in a row, more than 10,000 square kilometers (3,860 square miles) of the Brazilian Amazon rainforest have been eradicated. The rate of destruction has doubled since 2014 and risen to a level last seen in 2008.

Environmentalists and climate scientists are worried about the development, as are human rights activists and defenders of a state based on the rule of law.

Indigenous peoples know how to protect the rainforest

The acceleration of deforestation has less to do with the laws in Brazil than with the current government. The private initiative MapBiomas found that 99% of the deforestation in 2019 was illegal, with it either being conducted without the necessary licenses or in protected areas.

Indigenous territories are also being adversely affected by illegal logging more and more. Though logging is not prohibited in principle, it is supposed to take place only with the consent of local populations. However, this rarely happens, says German journalist Thomas Fischermann, who has written several books about the Amazon and its indigenous peoples. 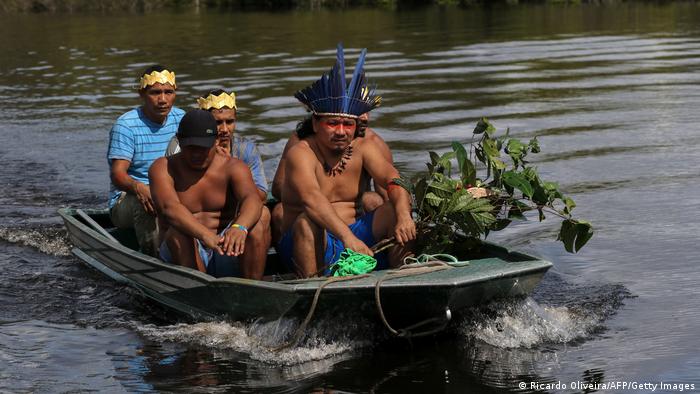 Indigenous peoples are the best defenders of biodiversity in the Amazon

"Every now and then you will find a leader who sells a piece of forest to be able to afford a refrigerator," Fischermann says. "But generally, there is nobody more interested in preserving the rainforest than indigenous peoples living in protected areas," he said adding that they maintained their traditional way of life by using resources sustainably.

So far, the Brazilian government has preferred to give its support to those committing crimes in the Amazon.

Since Congress and the Senate have blocked legislation that would legalize deforestation, partly because of doubts regarding the long-term economic viability of overexploiting the rainforest, the government has resorted to other means.

It has deprived the Brazilian Ministry of Environment and the Brazilian Institute of the Environment and Renewable Natural Resources (IBAMA) of funds, staff and responsibilities. "Previously, IBAMA was allowed to destroy confiscated machines in the middle of the forest so as to render them harmless. But [Brazilian President Jair] Bolsonaro banned that," said forest engineer Paulo Barreto of the nonprofit Institute of Man and Environment of the Amazon (Imazon).

He added that the president had also virtually invited cattle ranchers to illegally appropriate land: "They've started thinking to themselves that 'Bolsonaro will sort it out.'"

And that's exactly how it is: In December, the president signed a decree making illegally appropriated land the official property of occupiers and, in February, the government even launched an app to simplify the process. Public land that should be submitted for tender and auctioned for use is being sold by the government at well below the market price, explained Barreto.

But it is not only the Brazilian government that is driving deforestation. There is a global demand for soy from Brazil. In China, it is already an important part of the diet and the same is becoming increasingly true in the US and Europe, where so far it has been used mainly as animal feed.

Barreto explained that though the rainforest was largely cleared to create pasture for cattle grazing, grain farming was indirectly one of the main drivers of deforestation: "Since soybean cultivation is more productive, the extensive livestock farming is moving into other pastures, which are primarily being wrested from the rainforest," he said.

The Amazon is the most biodiverse area on earth. It is a huge CO2 reservoir and thus considered the green lung of the earth. But Fischermann says there is another major aspect: "Green lung is actually not a correct term. The most important function of the Amazon forest in terms of climate is that it's a huge water reservoir." 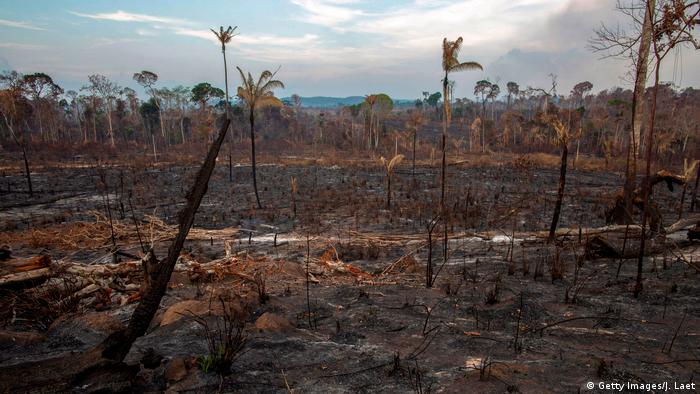 In many places, after just a few years of grazing or farming, nothing grows anymore because the thin layer of humus has worn away. In other places, biotopes have emerged that have little in common with the original rainforest.

The new vegetation that has emerged cannot absorb the huge amounts of water that flow in the catchment area of the largest river on earth, evaporate and fall as rain again. Brazilian climate scientist Carlos Nobre believes that a critical point is coming when the Amazon will no longer be able to supply itself with enough water.

2021 is the sixth year in the last two decades in which Brazil has suffered drought. with an impact on all sectors of the economy and private households, in the form of more expensive electricity. Brazil derives about three-quarters of its electricity from hydropower. It was the energy minister, Bento Albuquerque, who in May warned of "the worst water crisis for 91 years."

This cannot be good for any government. But a populist such as Bolsonaro, who depends on short-term successes to win an election, will be driven into a corner by such a development. Moreover, because he hardly has any financial leeway to provide subsidies if prices rise, given the amount of pandemic-related aid already allocated. On the other hand, he can little afford to alienate his supporters in the agriculture and mining sectors, either.

Though Brazil itself would have its own reasons to protect the Amazon, it is outside pressure that is crucial, say experts. Some members of the country's business sector are aware of this and becoming worried that their goods will suffer from the country's poor image.

In the past year, representatives from the country's three biggest private banks — Bradesco, Itau and Santander — met with Vice President Hamilton Mourao, who is also the head of the country's new Amazon Council, to discuss how to save the rainforest. 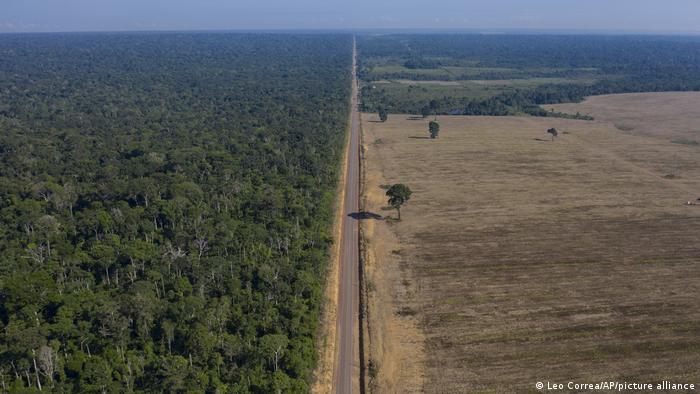 The global demand for soy has driven deforestation

The huge Brazilian meatpacking companies JBS and Marfrig have also announced that they will stop processing meat from newly deforested areas from 2025 and will require proof of origin from their suppliers, including subcontractors. That is something, says Barreto of Imazon, but this move comes very late.

"Even though around 80% of the meat is consumed in Brazil, the most effective pressure right now is from abroad," he said, explaining that the biggest buyers were supermarket chains in Brazil controlled by the French multinationals Carrefour and Casino Guichard-Perrachon and the US giant Advent International.

Fischermann, who partly lives in Brazil, thinks that the EU is a sideshow and that it is China and the US, which are Brazil's largest trading partners, that have to exert an influence if there is to be real change. He believes that they should tie their purchasing power to certain rules, and he is convinced that China is heading in the right direction. "I believe it when they say they don't want to ruin the climate. By forcing Brazil to protect the climate more at its own expense, China would have a relatively cheap way of influencing the climate."

Correction: This article was amended on September 14, 2021, to clarify that the land was not sold "under the table" as alleged in the original version of this article, but that the illegally appropriated land was later deemed legal ownership by Bolsonaro's government.

The article was also corrected to remove a reference incorrectly noting that the timber industry was a main driver of deforestation. Cattle pastures are the main driving force, accounting for about 90% of deforestation.

The original version of this article was amended to reflect that meatpacking companies will still buy meat from the Amazon region, but not from newly deforested areas.