Unregulated mining is already causing catastrophic deforestation, pollution and conflict on indigenous land. But a newly proposed bill could "open the floodgates." 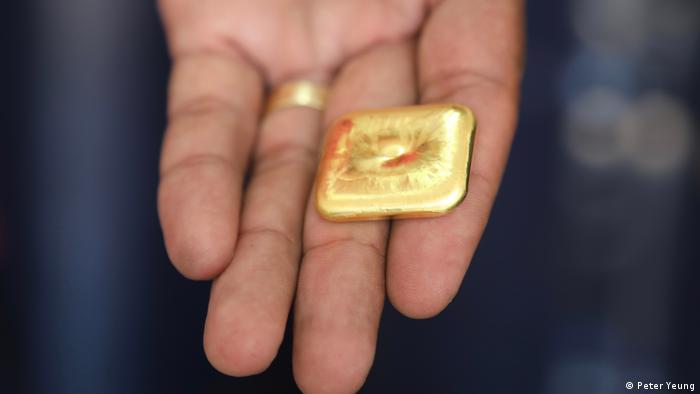 From the skies above Creporizao, a remote town in the south of the Brazilian Amazon, the surrounding area looks like a vast blanket of dark green rainforest. But along the dirt roads and rivers that run through it like arteries are telling patches of muddy brown: illegal gold mines.

Wildcat miners come to the area seeking their fortune. Every day, hundreds of laborers embark on long journeys up and down the Crepori river to reach the gold pits, while others fly in on small planes that land on makeshift airstrips. Such scenes have become common across the world's largest rainforest, and are being held up as the cause of widespread destruction.

Jose Maria, a miner from the state of Maranhao, some 1,000 kilometers (620 miles) to the east — who does not reveal his full name — is waiting on the river banks for a ride. "We're here to do honest work and earn a living," he said. "I don't see what the problem is." 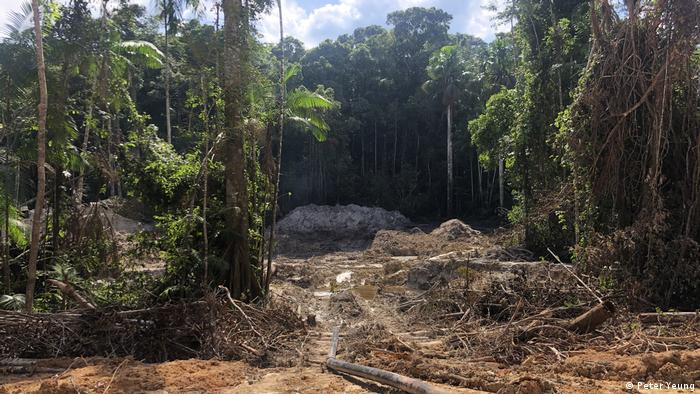 Though some members of the local communities have been won over by the promise of riches, most remain opposed to illegal mining in the region

But the pits where Jose Maria and fellow miners work are located on the more than two million-hectare territory of the Munduruku, one of the largest indigenous tribes in the Amazon, whose mineral-rich lands are protected under Brazil's 1988 Constitution.

Submitted to Brazil's Congress in early February, the bill has yet to be put to a vote. A planned ballot was pushed back with the president of the Chamber of Deputies, Rodrigo Maia, telling Congress it was "not the right moment." But he also stressed that the bill was "not unconstitutional." 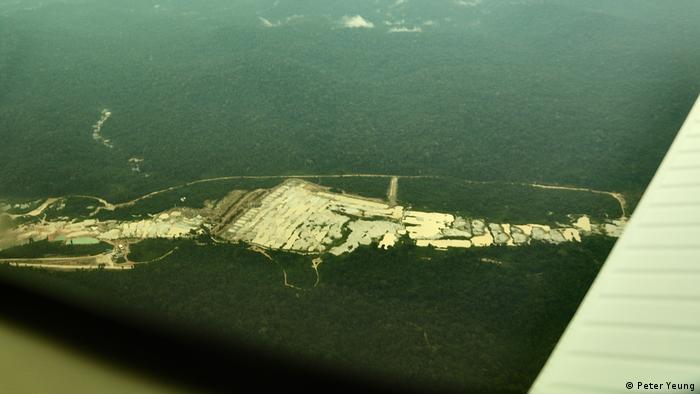 Brazil's Ministry of Mines and Energy told DW it was planning to "regulate activities" on indigenous land, adding that the process would require "consultation with the indigenous communities," which would be able to participate in mining activity.

While some in the Munduruku have been won over by the allure of riches, and allow gold extraction on their land in exchange for money, the majority remain opposed to illegal mining.

About 13% of Brazil's territory is classified as indigenous land, spread across more than 400 reserves. But according to the Amazon Geo-Referenced Socio-Environmental Information Network, there are more than 450 illegal mining sites in the Brazilian Amazon, where most of those reserves are located.

The proposed law would likely lead to a dramatic rise in the level of mining activity.

"Once you open the door, it will become a flood," Glenn Shepard, an American anthropologist who works with indigenous populations affected by illegal mining, told DW. "The law will create a precedent for miners to go in. It's already a full-scale gold rush going on, and these indigenous groups are losing control."

Greenpeace's journalism team, Unearthed, has reported that gold miners planned to continue working through the coronavirus pandemic, increasing fears of spreading the disease to indigenous groups.

In advance of the vote on the bill, the Ministry of Mines and Energy told DW it had received more than 4,000 applications for mining-related activities on indigenous land.

Tensions between miners and local communities are already high. In June last year, Brazil's indigenous rights agency, Funai, reported dozens of miners dressed in military uniform invading the Wajapi community, in the Brazilian Amazon, stabbing and killing one of its leaders.

According to research by international NGO, Global Witness, 20 land and environmental defenders were killed in Brazil in 2018 alone. Globally, the nonprofit cited mining as the deadliest sector, with 46 reported murders in the same year. 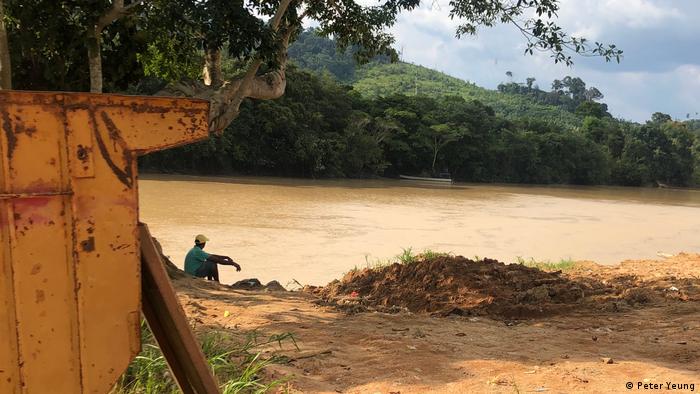 Mercury from illegal mining is seeping into tributaries which flow past mining towns like Creporizao. Local communities rely on these tributaries for their water needs

Environmentally, one of the biggest impacts of mining is logging. A 2017 report published in the journal Nature Communications found that mining accounted for 9% of all forest loss in the Amazon between 2005 and 2015.

Satellite analysis published by the Monitoring of the Andean Amazon Project revealed that 2,000 hectares of gold mining-related deforestation occurred in 2019 across the Munduruku indigenous reserve, more than double the amount recorded the year before.

Last November dozens of tribal leaders from the Amazon met with officials in Brasilia to file claims and report serious threats to their territories.

Alessandra Korap Munduruku, a leader from Para state who attended the meeting, says the legalization of mining would "be the death of our people."

Besides bringing "disease and prostitution to our people, drug addiction to our children, and violent conflict to the Munduruku men," she said gold mining activity is also killing fish through mercury poisoning.

Read more: Gold without the guilt

Released across the region's major Tapajos River during the mining process, mercury is seeping into the tributaries like those that snake past the mining town of Creporizao. Local communities rely on these rivers for many of their water needs. 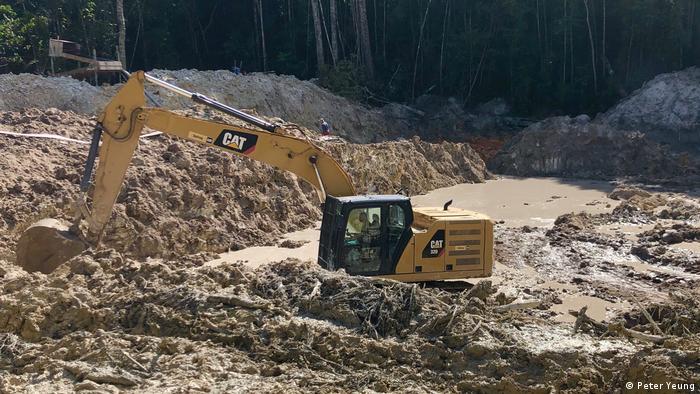 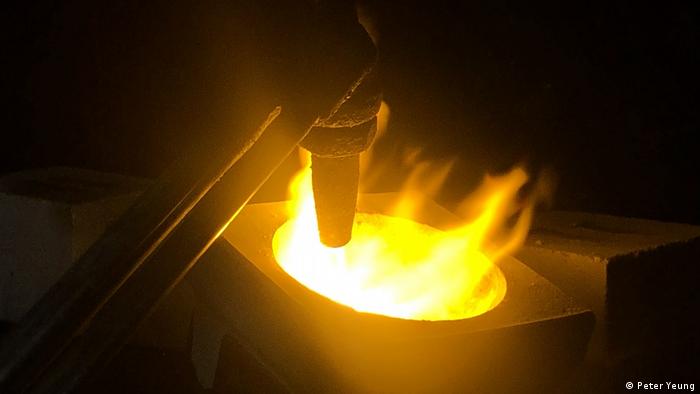 Most of the gold is melted down into standardized bars in one of the many shops in Creporizao. This makes is it almost impossible to trace

Late last year, in the first study of its kind, Erik Jennings, a neurologist based in the city of Santarem, took blood and hair samples from 112 tribespeople to assess mercury levels.

"It's a slow genocide," Jennings told DW. "The mercury can cause serious cognitive and visual impairment, and deform foetuses."

Even the legal gold trade in Brazil is largely unregulated, which facilitates illegal business and plays a significant role in the destruction of the Amazon. Prosecutors in Para state say the lack of regulation in the legal trade and the fact that receipts are paper-based carbon copies make it easy for criminals to thrive and illegal gold to enter the legal system.

"The practice of fraud in the sector is quite easy, and the investigation of illegalities becomes an almost insurmountable obstacle," Luis de Camoes Lima Boaventura, public prosecutor in the Amazonian city of Santarem said.

"Until a computerized system is installed, the authorities cannot check, in real time, the legality of the transactions. To make a transaction of illegal gold, all you currently need is a pen and paper."

According to National Mining Agency estimates, around 30 tons of gold worth some 4.5 billion reals ($1.1 billion, €900 million) are illegally traded in the state of Para annually. That is around six times more than the amount legally declared.

When miners like Jose Maria return to Creporizao at the end of what can be days away, they come to one of a dozen gold shops that line the main drag to melt what they have mined into standardized bars. Once that is done, illegally-mined gold, which is responsible for widespread deforestation, pollution and violence in the Amazon, has entered the system and can no longer be traced.

Ghana is one of Africa's biggest gold producers – and that's taken a heavy toll on its environment thanks partly to widespread illegal small-scale mining. But expert Yaw Britwum Opoku tells DW why things are looking up. (26.01.2018)