lllegal gold mining has devastating environmental, social and health impacts. But projects aimed at bringing small-scale mining operations out of the informal sector are helping to give bling a good name. 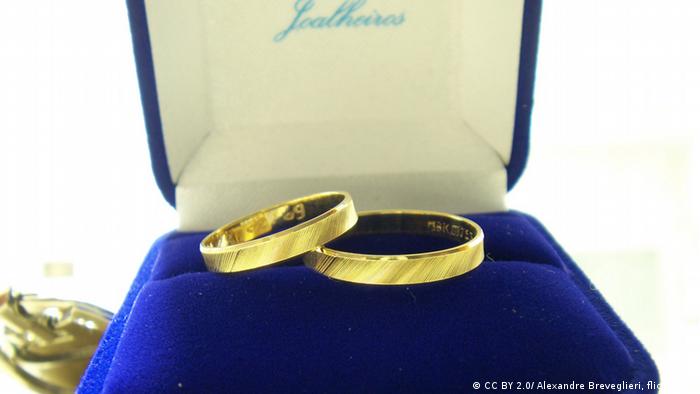 The symbolism inherent in the exchange of gold rings is well known and well understood. Less so, however, is the destruction incurred in their production. Few happy couples are aware of the possibility that the bands on their fingers were made at the expense of precious biodiversity. Nor of the production processes that spew chemical waste capable of contaminating land for tens of thousands of years.

“Producing enough gold for a single wedding band generates on average 20 tons of mining waste, much of it contaminated with toxic chemicals like lead, mercury, arsenic, or cyanide,” explained Payal Sampat who heads the No Dirty Gold campaign at international nonprofit Earthworks. “There is a significant overlap between some of the most bio-diverse regions and the places where gold mining is either going on or proposed,” she added.

The soaring price of gold has led to a South American “gold rush” with an explosion of illegal or informal mining operations stretching from the snow-dusted highlands of the Andes to the humid interior of the Amazon rainforest. 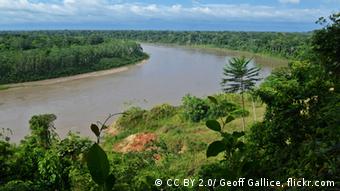 Madre de Dios in Peru's Amazon basin is a biodiversity hotspot, but it has also become a center for illgeal gold mining

“It’s a kind of an open access resource – you don’t need a lot of skills and machinery, you just need to pick up a shovel.”

Small-scale or “artisanal” operations tend to mix mercury with ground rock to form an amalgam, which is then heated to extract gold. The process leads to the release of toxic fumes, and much of the mercury ends up in watercourses.

Over the past decade, Madre de Dios in southern Peru’s Amazon basin has become a major center for illegal gold extraction. In 2013, some 30,000 informal miners were estimated to be operating in the area.

According to a 2013 report by the Carnegie Institution for Science, 78 percent of adults living in the regional capital of Puerto Maldonado were found to have unsafe levels of mercury in their bodies. Besides the evident health effects, the booming illegal industry also has far-reaching social and environmental impacts - with a surge in violent crime, prostitution and child labor.

Helping communities and the environment

Attempts to stamp out illegal mining have so far failed, but ARM is working to help communities earn Fairmined Standard certification. In order to achieve the status, they have to reduce mercury emissions by between 60 and 90 percent or switch to using cyanide in the extraction process, and ensure that production process leftovers, known as tailings, are disposed of safely. Fairmined operations must also be democratically run, ensure workers rights and safety, and be free of child labor.

One of ARM’s success stories is Aurelsa, a gold mine in the desert of southern Peru. Many of its miners arrived in the region in the 1980s after fleeing the violence of the Peruvian civil war. With few opportunities to earn a living, individuals worked to extract small amounts of gold from the tailings left by larger operations.

They have since banded together and been granted operating permits, bringing them out of the informal sector. Operations have been moved out of what is now a thriving town of 4,000 people, to minimize health and safety risks, and workers are provided with safety equipment, as well as health insurance and benefits. 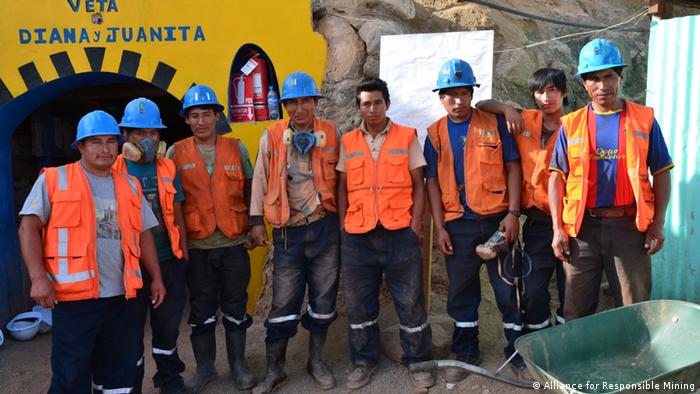 “Our compliance with the Fairmined standard also makes the community learn to take care of the environment in which they live, and pass that responsibility to new generations,” Aurelsa’s director, María Rosa Reyes Pajuelo told Global Ideas. “With environmentally and socially responsible artisanal mining you generate change and more decent jobs to improve the quality of life for the whole community.”

ARM works with Fairmined operations to market their gold. Buyers pay a premium of around 10 percent which is invested back into the business and local community. In Aurelsa’s case this has funded three schools, a local health center and a subsidized grocery store.

ARM’s figures for 2014 sales are yet to be finalized but they are estimated at a little over 100 kilos – up from just 20 kilos the year before. “What we are doing is like a little drop in the ocean,” Córdoba admits. “But projects like Aurelsa demonstrate that miners are willing to change, that they are able to run small but more sustainable businesses and that there is an interest in the market to buy this gold.”

And that goes both for jewelers and their customers. UK-based Arabel Lebrusan makes Fairtrade bespoke creations and uses recycled gold for her wedding bands. She doesn’t want to produce anything that destroys the planet.

“I was aware of practices in the industry I didn’t like, so when I started to make my own jewelry ten years ago, it was important to use ethical materials.” 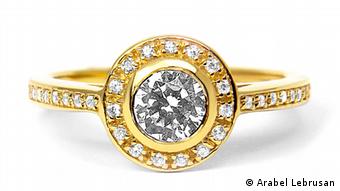 Lebrusan says many of her customers are “ethical brides” who want the most special piece of jewelry they will ever own to come with peace of mind. That said, awareness of the damage inflicted by the gold industry is generally still low.

Industrial-scale damage – and the alternatives

But Sampat says it’s not only small-scale illegal or informal operations that are guilty of environmental damage. “There are a lot of industrial mines that are having an enormous impact on the environment and community health.”

One of the worst pollutants is acid mine drainage, which can cause contamination lasting tens of thousands of years. “You might have a mine that is open for 20 years but the impact lasts forever and poor communities in places like Peru are stuck either bearing the brunt of that impact or the costs of clean up,” Sampat added.

Changing engrained work practices is notoriously slow, but the No Dirty Gold campaign head is confident that Fairtrade and a new standard being developed by the Initiative for Responsible Mining Assurance will be effective in the promotion of good mining practices.

And the issue being brought closer to the surface through other channels as well. In 2013, Earthworks collaborated on a report criticizing the Responsible Jewellery Council (RJC) which certifies the output of some of the world’s biggest gold mining companies. The RJC’s certification system, the document noted, “does not adequately respect the rights of communities and workers, enforce necessary environmental protections nor create confidence in consumers.”

Experts say the chemical processes involved in extracting ore imply unavoidable risks - both to workers and the environment. But because the resources are openly available, Córdoba believes it makes more sense to focus on minimizing damage, and maximizing the benefit to communities.

“For 20 years the international community and the mining sector was thinking about ways to get artisanal miners to become fishermen, or basically to get rid of this sector. What we are proposing is a more pragmatic approach. Because attempts to get rid of artisanal mining have not been successful. Why don’t we then press for the positive transformation of the sector?”