Hungary's leader said he would not support German politician Manfred Weber in the upcoming EU parliamentary elections. Orban said the head of the conservative bloc in the European Parliament had offended Hungarians. 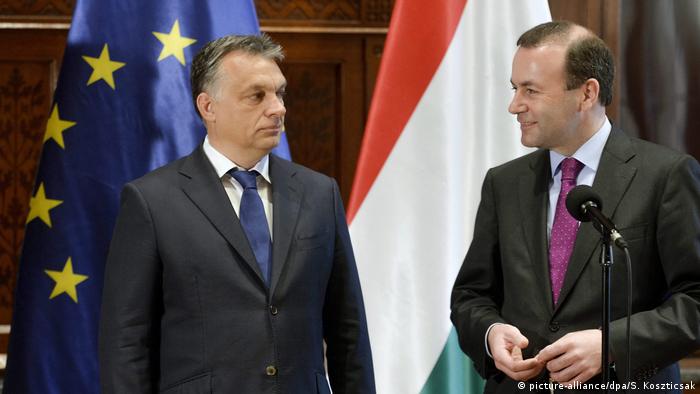 Hungary's nationalist prime minister, Viktor Orban, said Monday that he would not support Manfred Weber as the lead conservative candidate to take over as president of the European Commission.

"That is such an offense to Hungary and the Hungarian voters," he added.

The EPP, which Weber leads, is currently the largest group in parliament, and if it stays that way after May's EU elections, it will get to name the next president of the European Commission.

"With his behaviour in the last few days and the meeting with (Italian Deputy Prime Minister Matteo Salvini), he has given a clear sign that he will leave," she said.

Right-wing lawmaker Norbert Steger, who sits on board of public broadcaster ORF, has threatened to ax one third of its foreign correspondents. Steger said he was upset by "biased" reporting on the Hungarian election. (16.04.2018)

Austria's right-wing government is working hard to drastically cut migration, with many applauding its efforts. Unlike in Germany, Austrians seem unable to protest the far right, Elizabeth Schumacher found in Vienna. (28.09.2018)