Hungary's negative attitude towards refugees has made the nation unpopular among EU elites. But, Hungarian PM Viktor Orban visited the Christian Social Union party (CSU) in Bavaria, where he found supporters. 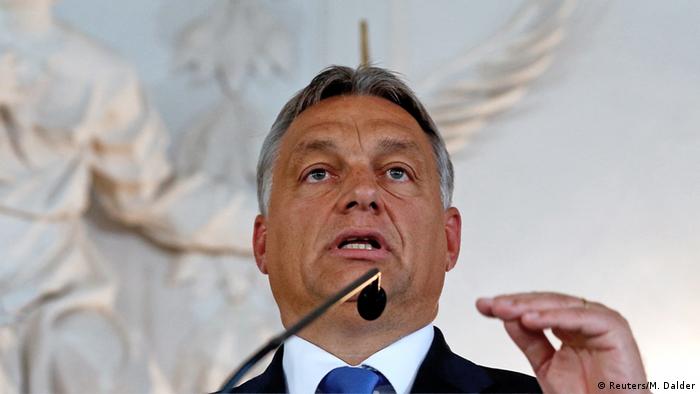 After meeting leading politicians of Bavaria's Christian Social Union party, Hungarian Prime Minister Viktor Orban has underscored his hard line on the refugee crisis in Europe. In a press conference held north of the Bavarian city of Bamberg, he said he would not stand by and watch law and order be undermined by the uncontrolled influx of refugees. His statement garnered the approval of Bavarian premier and head of the CSU, Horst Seehofer, who said, "The goal is to make European rules valid again." He added, "For this reason, Viktor Orban deserves support and not criticism."

Agreement on many levels

The CSU, Bavaria's sister party of German Chancellor Angela Merkel's Christian Democrats (CDU), advocates the control of the massive refugee influx to Germany, especially Bavaria, as many cities and municipalities that take care of refugees have been overwhelmed by the numbers arriving.

The CSU's public appearance with Orban showed that the CSU does not consider the Hungarian prime minister to be the enfant terrible of European refugee policy.

Instead, he was received in a friendly atmosphere and his proposals were accepted with gratitude and seen as an important contribution towards achieving the "greatest task since the reunification of the country." Seehofer emphasized that the problem could not be addressed without Hungary's cooperation. The polarizing effect of Orban's stance was noticeable in a demonstration at the meeting venue, where sympathizers and opponents gathered together. 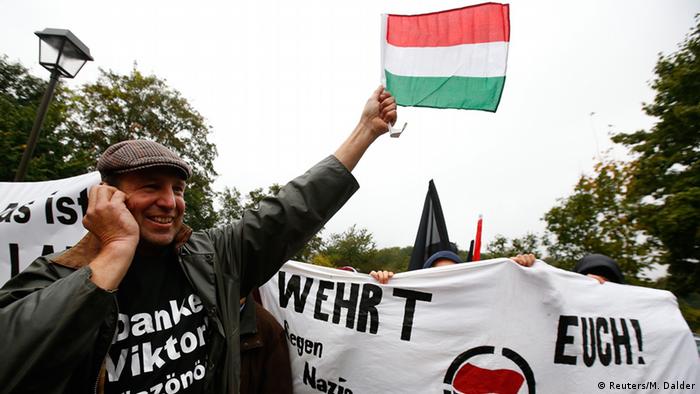 Orban supporters came out to see the EU renegade

The Hungarian proposal: a strict control of the EU's external borders, especially in Greece, could also help other countries.

Economic migrants should already be separated from civil war refugees at the Schengen borders and the EU should also agree on a mutual list of safe countries of origin. The CSU called for stricter border patrols at EU's external borders and quotas for refugees from Jordan or Lebanon. "Smugglers should not be the ones deciding who can come to Europe," said Manfred Weber, chairman of the European People's Party group in the European parliament (EPP).

Every country should decide for itself

Orban presented himself to the German public as the protector of the EU's external borders and German borders, and of European law. He does not want "moral imperialism" from the German chancellor. He believes every country should be able to decide for itself if it wants to accept refugees. "We are Hungary. We do not see the world through German eyes," said Orban. He does not want mass immigration to change his country and said if others wanted it, he wished them every success. But Hungary wishes to decide on the matter itself and not be forced into anything. 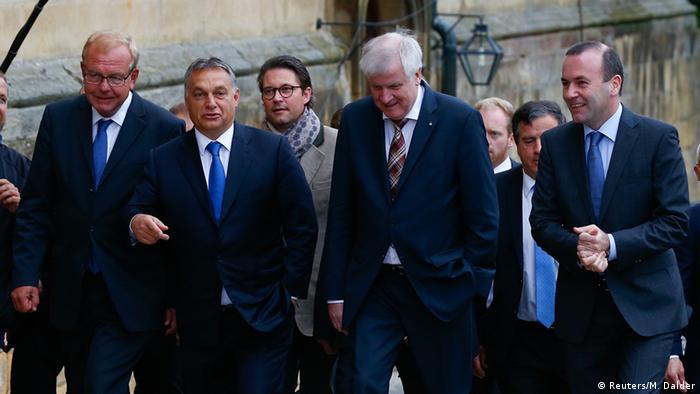 Hungary is distancing itself

Orban has earned his reputation as a hardliner in the refugee crisis by refusing to accept a fair share of refugees - from Syria, for example - and also by ordering the massive expansion of border fences along the Serbian and Croatian borders. Border guards at the Hungarian-Serbian border used force to push back refugees who tried to storm the new fence. Orban reported that the 355 km long border with Croatia, which is not an external EU border, will soon be sealed.

Hungarian Prime Minister Viktor Orban has visited Germany's conservative Christian Social Union in Bavaria ahead of the EU summit on the migration crisis. Hungary has come in for criticism from Germany on the issue. (23.09.2015)

Hungary has given extensive new powers to its army and police in order to deter refugees. The new measures come into effect as Prime Minister Viktor Orban says the country is being "overrun" by migrants. (21.09.2015)

Slovenia halts trains to stem the flow of immigrants from Croatia

Slovenia stopped all passenger traffic on the main railway line from Croatia, after finding 150 refugees on a Zurich-bound train. Croatian officials put the army on alert as thousands of people entered the country. (18.09.2015)