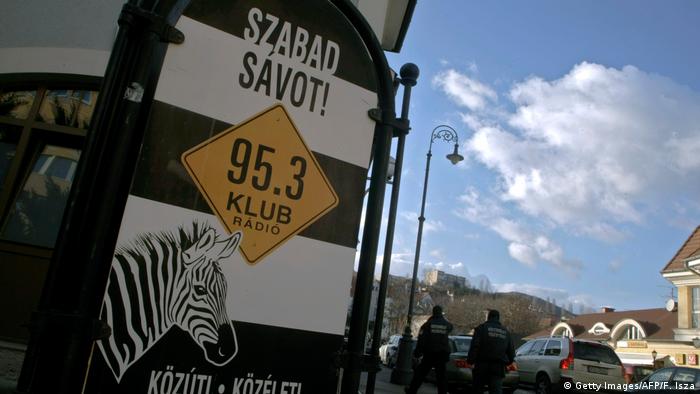 An independent Hungarian talk radio station is set to lose its license after the country's media regulator said Friday that the station had "repeatedly infringed" the rules.

Klubradio's seven-year operating license expires in February and now will be put up for tender rather than automatically extended, according to a statement sent to the Hungarian news agency MTI.

The station, which serves the capital, Budapest, is likely to face stiff competition for the frequency and if it loses, will be forced to broadcast online only.

Klubradio is one of a dwindling number of outlets critical of Prime Minister Viktor Orban's conservative government, whose growing control of the media has sparked strong criticism from the European Union.

It already lost its national radio licenses several years ago and has had to fight a series of legal battles to stay on the air. For many years, it operated on rolling short-term licenses, which the station said made attracting advertisers difficult.

Klubradio is popular among left-wing Budapest intellectuals but reaches only about 200,000 people daily.

The station's chief executive Miklos Arato rejected the claim that his outlet had broken the law, telling news portal 444.hu: "If we had broken any important laws, they would have imposed serious penalties, but they didn't."

The station vowed to try to "ensure that the last remaining radio channel reaching hundreds of thousands of Hungarians with credible information is not silenced."

Most other independent outlets have either gone out of business or been bought by government allies while receiving lucrative flows of state advertising.

In July, a business close to Orban silenced an independent online news portal, index.hu, through a hostile takeover.

Nepszabadag, the country's biggest opposition news daily, was closed down in 2016 after being bought by one of Orban's supporters from Austria.

Hungarian state media, meanwhile, has been turned into a government propaganda organ, leaving Klubradio alone to interview opposition politicians and talk show guests and hold the government to account.

Orban has long been under EU pressure to reverse reforms of the media, judiciary, education and non-governmental organizations that Brussels says undermine democracy. He rejects such criticism and has refused to change tack.

Critics have called for the disbursement of EU aid to be linked to respect for democratic norms, but EU leaders in July approved a massive pandemic recovery aid package and a multi-annual budget without any major demands.