Hungarian Prime Minister Viktor Orban says his country would form an "insurmountable roadblock" against EU attempts to trigger Article 7. Orban said, "if one attacks Poland, it attacks all of Central Europe." 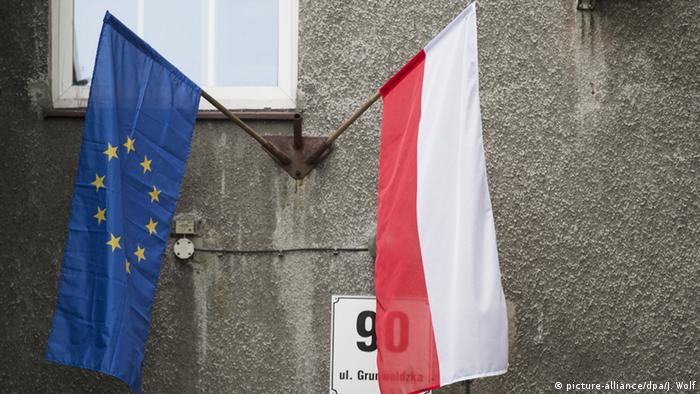 Hungarian Prime Minister Viktor Orban on Friday said that Hungary sees a strong Poland as a vital component of a central European caucus within the European Union and that he would, therefore, block any action to suspend Poland's voting rights in the EU.

The European Commission recently launched proceedings to trigger Article 7 against Poland for breaching European common values and rule of law.

"We need to make it clear to the EU that it is pointless to even start proceedings against Poland as there is no chance of seeing it through – because Hungary will be there and form an insurmountable roadblock," Orban said.

Commission Vice-President Frans Timmermans said Poland's ruling Law and Justice party had adopted 13 laws in the last two years that created a situation where the state "can systematically interfere with the composition, powers, the administration and the functioning" of the judiciary.

Article 7 was designed to deter member states from advancing policies that threaten democratic institutions. If the EU member states agree with the Commission's recommendation to trigger Article 7, Poland could see its voting rights suspended. A two-thirds majority vote is needed for it to proceed.

Orban said Poland had been criticized unfairly and unjustly. "If one attacks Poland, it attacks all of Central Europe," Orban told Hirado, a Hungarian public news station.

The prime minister emphasized that it was in the interest of the Hungarian nation to have solidarity with the Poles and to make it clear that no EU punishment could be imposed on them, Hirado reported.

"The overwhelming majority of Poles think about immigration the same way as the Hungarians," he added.

Orban highlighted the decision of the Visegrad Group countries – Hungary, Poland, the Czech Republic and Slovakia – to provide significant financial assistance to Italy to stop migrants at sea borders.

He said millions of people in Africa would migrate in coming years, with one route coming through Italy. Orban said this should be closed and Italy protected.

European Commission declares nuclear and gas to be green 02.02.2022

The European Commission has labeled nuclear and gas as sustainable. Critics are calling the step "greenwashing" and say it could threaten the bloc's bid to become climate-neutral by 2050.