Hungary hands over Holocaust denier Horst Mahler to Germany | Germany | News and in-depth reporting from Berlin and beyond | DW | 13.06.2017

The left-wing militant turned neo-Nazi has been deported after trying to seek asylum in Hungary. Horst Mahler fled from Germany while on medical leave from prison. 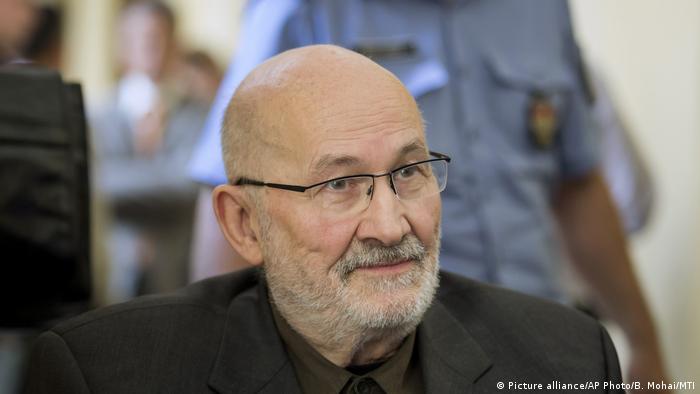 Prominent Holocaust denier Horst Mahler was extradited to Germany from Hungary on Tuesday.

The 81-year-old right-wing extremist was handed to German officials at Budapest airport after being arrested in May, according to the news agency MTI, which cited Hungarian police.

He was greeted by lawyers after landing in Berlin and transferred to a Brandenburg prison.

Mahler, once a lawyer, was jailed for 10 years in 2009 for repeated incitement to racial hatred and Holocaust denial, a crime in Germany.

He was temporarily released in the summer of 2015 due to a serious illness (the lower part of his left leg was amputated as a result of an infection), but this release was rescinded at the end of 2016 for other offences committed while in prison.

Instead of returning to prison he fled to Hungary in April this year. He sought asylum in the central European nation, saying he was being "persecuted" for publishing a book.

German investigators had been looking into the publication of an allegedly anti-Semitic book.

Mahler persistently and publicly denied the Holocaust happened, which is a criminal offense in Germany that can lead to years in prison for repeat offenders. Mahler was unrepentant, having spent his 18 months of freedom frequently speaking at neo-Nazi rallies - in January, he appeared at an event in Ludwigshafen to deliver an address denying both the existence of gas chambers and the systematic murder of Jews during World War II. 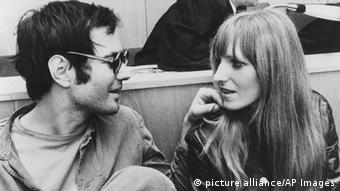 The lawyer represented many prominent leftist figures during the political unrest in West Germany in the late 1960s and early 1970s, leading to his alliance with Andreas Baader and Gudrun Ensslin.

Along with these two figures, Mahler helped found the violent, radical left-wing Red Army Faction (RAF), often referred to as the Baader-Meinhof Group. Mahler took part in some of the RAF's criminal actions, including kidnappings and bank robberies, for which he was jailed from 1970 to 1980.

It was in prison that he developed a right-wing worldview and by the late 1990s, Mahler had become prominent in the far-right scene; he joined Germany's far-right National Democratic Party (NPD) in 2000.

He represented the NPD in court when the government attempted to have it banned for being anti-constitutional in the early 2000s. But his opposition to the German state also led him to drop out of the NPD in 2003, on the grounds that its aim was to enter parliament, which meant that "like the parliamentary system itself," as he said, "it was doomed to destruction."

Mahler is also one of Germany's most prominent Reichsbürgers, a loose movement that refuses to recognize the legitimacy of the post-war Federal Republic of Germany.