How the US and EU could facilitate a free internet for Iran | Science| In-depth reporting on science and technology | DW | 19.11.2019 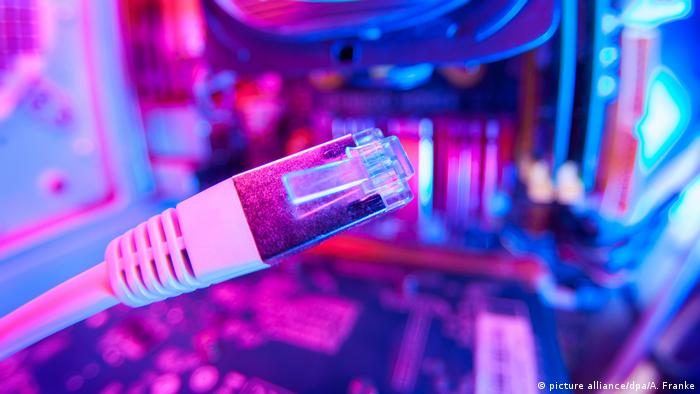 US Ambassador Richard Grenell's tweet suggesting that the United States and European Union could restore the internet for Iranians has drawn attention.

Grenell followed up with a tweet to cellphone manufacturers and social media companies, encouraging them to join in the task.

In order for the World Wide Web to work well, it requires a constant connection through which data can be sent and received. If the state or the provider cuts off the connection, nothing works.

It's nearly impossible for ordinary users with computers and routers to quickly access familiar internet services if a regime blocks network connections. However, limited communication may still be possible with a fair amount of effort.

Before the World Wide Web got going in the 1990s, plenty of people already used the internet to communicate without being online all the time.

CrossPoint (also called XP) brought together the function of discussion forums with those of an email program. Simple PCs equipped with one or two telephone modems acted as servers.

These CrossPoint servers only needed to call one another every now and then on a normal telephone line to exchange their data packets. 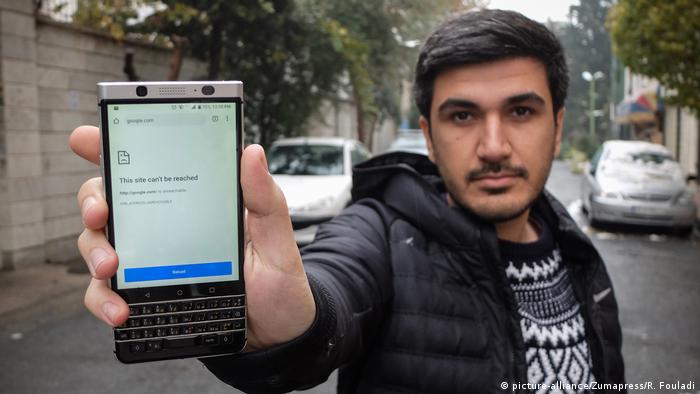 Internet access was disrupted in Iran in response to protests

The technology works in countries run by authoritarian regimes, too. The Zamir Transnational Network demonstrated that starting in 1991, during the wars in the former Yugoslavia. As long as the servers were able to reach a telephone number in a free country, communication with the internet and the rest of the world was assured. The authorities at the time were able to tap analog phone calls, but the digital gobbledygook was too much for it.

It could still take days for an email to reach its recipient, but it was far faster than sending a letter.

The backbone of a contemporary system in Iran and other countries with authoritarian governments would be the hundreds of thousands or even millions of smartphones that people carry around with them.

An app could create a network out of the devices of people who take part: Each of those phones would become a server and connect with other phones nearby. A massive parallel internet would emerge through which users could communicate with each other. Bridgefy, an app that connects smartphones via Bluetooth, has been used by protesters in Hong Kong and Lebanon.

Theoretically, the Wi-Fi function of cellphones could be used the same way to communicate. Then each phone would become a wireless router.

But it wouldn't be straightforward for programmers, said Fabian Marquardt, a researcher of networks and IT security at the University of Bonn. "It is difficult to organize the redistribution of the messages in a sensible way," he said, adding that if the messages are always redistributed to everyone, there's a danger that too much useless data ends up taking up space on too many phones.

Users trying to avoid the scrutiny of politically repressive regimes such as China's and Iran's would need to worry about leaving digital traces. With a skillfully designed Bluetooth or WiFi solution, a SIM card might no longer even be necessary. Cellphone users would no longer need to register with telecom providers, and it would become harder to expose them. But they would need to be able to buy phones anonymously.

It is also important that any messenger software they use to communicate have end-to-end encryption. Signal is similar to WhatsApp, the market leader. But, with Signal, no one aside from the recipient can determine who sent a message or what it says. Users' contact lists are also anonymous.

The free internet for Iran that Ambassador Grenell has called for could possibly be implemented with a cleverly designed app that would include a number of secret servers operated inside the country that allow telephone communications abroad.

If a country blocks all channels of communication abroad, what's left is communication into space. But not every mobile phone user has that option because their devices do not necessarily have the technical means to send such signals.

But opposition figures could be outfitted with compatible devices, such as Iridium phones. Iridium already provides a messaging service. Why not hand out a few hundred devices to trustworthy people in Iran as hubs for everyone connected to the greater network to be able to communicate with the outside world? 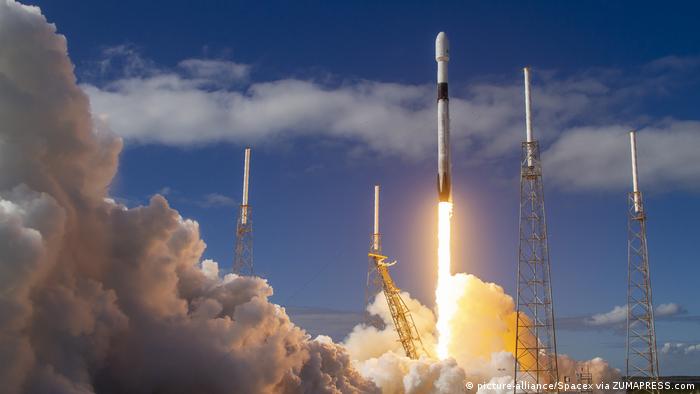 SpaceX is building a satellite constellation to provide internet access

Users would have to contend with one limitation: High-quality images or videos would probably cripple the system quickly. Communication would be better restricted to text.

In the future, the Starlink satellite system from SpaceX might be able to bring properly free internet with a high bit rate directly to the people. But users would need special antennas that aren't yet available.

Like satellite dishes, the antennas would need to be installed outside, said Marquardt, the IT researcher. "Anyone who mounts such a thing on a roof in Iran or China has to be prepared for someone eventually knocking on the door and asking what it is," he said.