Police stormed a bunker hosting countless illegal darknet platforms in a quiet German town. The alleged owner of the operation was believed to be living in the underground data center that hosted criminal websites. 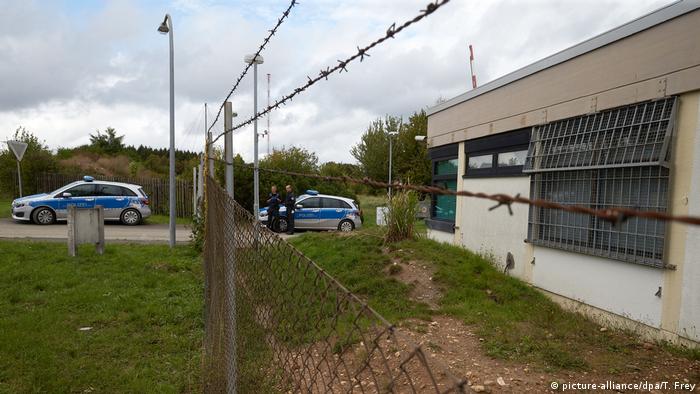 A cybercrime data center that was shut down by German authorities was housed inside a former NATO bunker in a sleepy riverside town, police revealed on Friday.

More than 600 law enforcement personnel including the GSG 9, Germany's elite federal police unit, were involved in an anti-cybercrime operation that took place in the town of Traben-Trarbach on the banks of the Moselle River.

Police officers succeeded in penetrating the building, a 5,000-square-meter former NATO bunker with iron doors, which goes five floors deep underground. The building was located on a 1.3-hectare (3.2-acre) property secured with a fence and surveillance cameras.

"We had to overcome not only real, or analog, protections; we also cracked the digital protections of the data center," said regional police chief Johannes Kunz.

The target of the operation was a so-called "bulletproof hosting" service provider. Bulletproof hosters provide IT infrastructure that protects online criminal activity from government intervention.

In the raid, police seized 200 servers along with documents, cellphones and large quantities of cash. Thursday's operation was the first time German investigators were able to apprehend a bulletproof hoster, according to German media outlets.

Cracking the security codes to access the contents of the servers was another difficult task for the police. On the servers, they found countless websites facilitating the illegal sale of drugs, weapons, counterfeit documents and stolen data as well as sites distributing child pornography. The servers hosted Wall Street Market, formerly the second-largest darknet marketplace for drugs in the world before law enforcement shut the platform down earlier this year.

The police arrested 13 people between the ages of 20 and 59, who are allegedly tied to the operation. Seven are being held in custody. The ringleader is a 59-year-old Dutch man with ties to organized crime in the Netherlands. He established the server in Traben-Trarbach in 2013. While his official residency is listed in Singapore, he had been living in the bunker.

In Germany, service providers can't be prosecuted for hosting illegal websites unless it can be proven that they are aware of and supporting the illegal activity.

Processing the data found on the servers in this way will take months or years, says Jürgen Brauer, director of the public prosecutor's office in Koblenz.

"It's the first time in Germany that, instead of the shops or marketplaces, it is the ones who make it possible to commit the crimes that will be charged," he said.